I teach classes at the best Bible Institute in Los Angeles. I also work at Biola University, but that’s different.

Biola was founded as a Bible Institute, way back in 1908. The founders of the Bible Institute of Los Angeles knew all about colleges (Lyman Stewart supported many colleges financially) and seminaries (R.A. Torrey was a graduate of both Yale and its Divinity School). But they wanted to start something else: a place where adult Christians who were not professional ministers could get rigorous training in the Bible and evangelism, to equip them to serve Jesus more effectively. The Bible Institute movement was essentially launched by the famous Dwight Moody’s great school in Chicago, but around the end of the 19th century, it was an idea whose time had come: little Bible Institutes started popping up everywhere (see Virginia Brereton’s scholarly history of the movement for details). The B.I. of  L.A., BIOLA, was not just another of the small, church-based Bible Institutes. It was big on purpose, and was planted in southern California (near Mexico and on the Pacific Rim) in order to be for the west coast what Moody was for the heartland: a major resource for all the churches of the region.

As the twentieth century progressed, Biola intentionally shifted its institutional profile, morphing into a college, moving out of the urban core to a much bigger campus, adding graduate programs, and finally becoming a university. I believe Biola has stayed true to its overall mission “to equip men and women to make an impact on the world for the Lord Jesus Christ,” but it has done so by ceasing to be a Bible Institute.

But other Bible Institutes have kept going without changing their form, staying at their task of teaching adult believers how to master the contents of their English Bibles, how to evangelize and disciple the people around them, and how to know God better through his word. Many churches have Bible Institutes of their own, where members can expect to get a higher level of instruction (homework! quizzes! reading assignments!) than is possible in ordinary church life. I don’t have any official numbers about this, but anecdotal evidence suggests to me that there is currently a movement of new, church-based Bible Institutes springing up. I know of several good ones here in Los Angeles, and in an age of declining biblical literacy, every one of them is a sign of hope.

But in Los Angeles, one Bible Institute stands out as the flagship, the standard-bearer for the whole movement. That school is the Los Angeles Bible Training School, located in Southgate just north of Watts. LABTS has just started its fiftieth year of service to the Christian community of Los Angeles. It was founded by Jeremiah Rowe, a black pastor who wanted solid Bible instruction in his community. He caught the ear of J. Vernon McGee, pastor of the Church of the Open Door at Biola’s historic downtown location of Sixth and Hope streets. McGee promoted the project to his vast radio audience, and LABTS was born. McGee would later help with another major fund-raising project in 1977, raising $350,000 to get the school into an adequate building.

One of the things that makes LABTS the best Bible Institute in town is its consistenncy: Fifty years of steady ministry, equipping believers with knowledge of the Bible. The first class entered in 1962, with 93 students (one of them blind and using special equipment for studies). LABTS has had hundreds of graduates from its certificate program, and thousands of students participating in coursework. In an average semester there are about 300 students attending classes (though it’s 60 higher than that right now and parking is scarce).

Another key to LABTS’ success is its faculty. The school attracts teachers with degrees from trustworthy seminaries who pass along their knowledge to the students. Some of the faculty are scholarly pastors with years of ministry experience, some have multiple masters degrees, some have earned PhDs, and some teach full-time at local Christian colleges like The Master’s College and Biola University. LABTS President Dr. Paul Felix has served since 2002, and has been an excellent talent scout. Felix especially does a good job of bringing some of the best students at The Master’s Seminary (where he also teaches) to be instructors at LABTS.

The Los Angeles Bible Training School is a historically black school, and has always drawn its leadership from the African-American community it has served. But it is open to all, and anyone who wants to apply themselves to serious study of Scripture is welcome in this ethnically diverse student body.

The students are a wonder. I teach classes on Monday nights from 7pm to 9:30. Think of the work schedule, and the meal plan, somebody has to keep to be in my class by 7 on Monday night. I try to be an engaging teacher, but I am always astonished that 50 normal people keep coming out week after week to do nothing but study the Bible and Christian theology. But that’s what they’ve signed up for, because that’s what LABTS stands for: nothing fancy, just “set your heart to study the word of God.”

One final thing that sets LABTS apart from the host of other Bible Institutes is that it is not church-based, but serves people from a great many local churches. As great as church-based Bible Institutes are, their ability to serve other believers is usually pretty limited. LABTS has proven that it can equip more Christians in more churches by maintaining its status as a stand-alone educational institution. It does things churches can’t do, to equip believers to be better church members.

Over the past few years as I’ve taught classes there, I’ve heard LABTS referred to as “the best kept secret in Los Angeles,” but we’re not trying to keep it a secret. If you live in driving distance of Southgate in any direction, come check the place out.

September 12, 2012
Bayard: How to Talk About Books You Haven't Read
Next Post 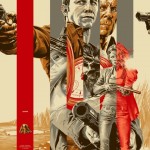 October 1, 2012 Something of My Very Own
Recent Comments
0 | Leave a Comment
Browse Our Archives
get the latest from
Evangelical
Sign up for our newsletter
POPULAR AT PATHEOS Evangelical
1

Jameela Jamil, Jesus, and Me
Preventing Grace
Related posts from The Scriptorium