It’s Been 50 Years Since a Boy Has Been Raised in the White House: Has It Changed the Nation?

I don’t think it was intentional.  Could it be that the issue of boys is simply not on his radar?  He was raised by a strong woman.  He is married to a strong woman.  He is raising two girls.  He lives in a woman’s world in that sense.  He’s sensitive to the issues of women.  When charges of a “war on women” are shouted through the media, his ears perk up.  When the old storyline of girls falling behind boys is paraded again and again, he listens because he has daughters.  Raise the issue of boys, and it’s simply not on his radar.  It’s not that he doesn’t care.  Could it be that he is “tone deaf” to the needs of boys?  Understandably, most of the time, when the Obamas talk about children, they usually do so using the feminine pronoun.

(An aside…some of you may asking: Plight of boys?  What are you talking about?  How about a few stats:

In this 2016 election that storyline will not change.  This time around there will be no children in the White House.  Hillary Clinton has planted her flag in important women’s issues (but has not once, as far as I can tell, engaged on the issue of boys).  Donald Trump has grown sons, which may open his eyes to the challenges boys face, but so far, nothing on boys from him, either.

July 14, 2016
Home Where I Belong? BJ Thomas Talks About His Years in Gospel Music
Next Post 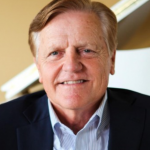 Evangelical
Screen Time and Your Kids: A Podcast with...
Searching for Tom Sawyer

Evangelical
Why Dads Are Essential: A Podcast with Rick...
Searching for Tom Sawyer
TRENDING AT PATHEOS Evangelical