“Me and Earl and the Dying Girl”: Wes Anderson/John Green Mashup Is Mostly Effective and Ultimately Moving

“Me and Earl and the Dying Girl”: Wes Anderson/John Green Mashup Is Mostly Effective and Ultimately Moving July 13, 2015 Andrew Spitznas

I no longer subscribe to Bono’s theology, but the above Achtung Baby lyric still tells it like it is.  Even the greatest artists steal and borrow from their predecessors.  Kurosawa’s samurai epics drew inspiration from John Ford’s panoramic Westerns.  Yasujiro Ozu’s Tokyo Story, perhaps the greatest film of all time, riffed on Leo McCarey’s all-American Make Way for Tomorrow.

One of my favorite current directors, Wes Anderson, makes no secret of his debt to French director Francois Truffaut (1932-1983).  Both unfurl tragicomic tales of lost children and their equally lost man-child fathers, best exemplified by Anderson’s Moonrise Kingdom and Truffaut’s The 400 Blows.

Alfonso Gomez-Rejon, the director of Me and Earl and the Dying Girl, is stylistically indebted to both Anderson and Truffaut.  Like a Wes Anderson set, the house of Gomez-Rejon’s protagonist is overstuffed with quirky handmade trinkets.  Like an Anderson film, Me and Earl’s 105 minute run time is partitioned by whimsical chapter titles.  Even the wallpaper in Gomez-Rejon’s domestic scenes would’ve been right at home in The Royal Tenenbaums.

Unlike Wes Anderson, whose influences are more subtly infused into his work, Me and Earl is supersaturated with arthouse references.  Where Anderson delicately hints, Gomez-Rejon hits us over the head, repeatedly.  Me and Earl not only serves up a clip or two from The 400 Blows, but includes a couple of snippets from its musical soundtrack for good measure.

Sometimes these throwbacks work to great comic effect.  After we see the film’s lead character Greg and his best buddy Earl watch a few Werner Herzog movies, Greg tosses off a hilarious Herzog impersonation, complete with Teutonic accent and commentary about the jungle-like “overwhelming chaos” of the high school cafeteria.

At other points, these influences are way too much of a good thing.  When Greg and Earl enter a book and movie shop, we’re overwhelmed with camera tilts to show us the posters and DVD covers of the films that Gomez-Rejon evidently adores.  I’m glad you love Spirited Away, too, but enough already!

So why all of this classic movie love in Me and Earl and the Dying Girl?  Well, the inseparable Greg and Earl are endearingly precocious film buffs who have created dozens of movie parodies.  Sockwork Orange naturally features sock puppet droogs, while the content of Pooping Tom is left to the viewer’s imagination.

At the start of Me and Earl, Greg is a Pittsburgh high school senior, whose lifelong M.O. has been mellow detachment from those around him.  Even Earl is labelled a “co-worker,” rather than friend.

All of this changes when Greg’s concerned mother learns that Rachel, one of her son’s school acquaintances, has just been diagnosed with leukemia.  Mom nudges Greg to pay Rachel a visit and offer moral support.  Literally kicking and screaming, Greg resists but ultimately relents.

Despite some initial awkwardness, Greg and Rachel form a close friendship.  Rachel is charmed by Greg’s silliness, not to mention an evident kindness that’s only barely covered by a thin topsoil of cynicism.  Greg is won over by Rachel’s pretense-free goodness and emotional openness.

Over all of this looms the threat of an early death.  Despite Rachel’s chemo, it’s not a given that she will survive her battle with cancer.  Greg is prompted by another high school pal to make a movie that will inspire Rachel through the difficulties ahead.

With this storyline, Me and Earl and the Dying Girl inevitably invites comparison to last summer’s The Fault in our Stars.  Both are based on best-selling YA novels.  Both feature romance between precious, mature beyond their years adolescents, at least one of whom has cancer.

The acting in both films was generally quite solid, too, both among the teenage and adult thespians.  In the case of Me and Earl, the standout has to be Thomas Mann as Greg.  He reminds me of a young Sam Rockwell, with his comedic chops, facial expressivity, and ability to plausibly convey a full range of emotion.

In terms of adult actors, fans of The Walking Dead will be happy to see Jon Bernthal playing an insightful, heavily tattooed history teacher.  Lovers of Parks and Recreation will enjoy Nick Offerman’s turn as Greg’s father.  Counter to his previous typecasting and his standup shtick, in this case Offerman is a laid-back parental figure and a hippy dippy sociology prof.

While both films contain their share of humor, The Fault in our Stars chose the more straightforward route of melodramatic storytelling.  Its dialogue was more on point and a bit wiser, in my opinion.

By contrast, Me and Earl is far more comedic.  Considering the director’s overt influences as well, it’s not surprising that Me and Earl is the more innovative and artful film.  Gomez-Rejon’s film satisfyingly mixes overhead shots, rapid camera pans, montage, and even occasional Claymation to tell his story.

The musical accompaniment for Me and Earl is perhaps the best of 2015 so far.  Gomez-Rejon was fortunate enough to have at hand the joint talents of legendary producer and atmospheric music creator Brian Eno, meshed with the skills of younger prodigy Nico Muhly.

Music, story, and image come together best in Me and Earl’s near-perfect climax and denouement.  While Gomez-Rejon’s film stumbles in a few places, especially with its somewhat cloying and too-cute beginning, by these last 15 minutes all is forgiven.  Me and Earl and the Dying Girl concludes with a deeply moving reminder of the simple beauty of ordinary life.  It also shows us the enduring power of art well made, even (and perhaps especially) when threatened by our finite mortality.

(Parents’ guide:  Me and Earl and the Dying Girl is rated PG-13 for “sexual content, drug material, language, and some thematic elements.”  This sounds about right to me; I’d recommend viewing by teens 15 and over, along with their parents.) 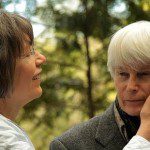 June 25, 2015
"From This Day Forward," A Powerful Affirmation of Transgender Equality and Marriage in All Forms
Next Post 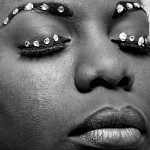 July 20, 2015 Black Lives Mattered to Nina Simone, Too
Recent Comments
0 | Leave a Comment
Browse Our Archives
get the latest updates from
Secular Cinephile
and the Patheos
Nonreligious
Channel
POPULAR AT PATHEOS Nonreligious
1

Exposed: the evangelist who was assaulted...
The Freethinker
Related posts from Secular Cinephile