TIFF Dispatch #4: An African Child Soldier’s Life in “Beasts of No Nation”

“I am a good boy from a good family,” states Agu, the child at the heart of Beasts of No Nation, in an early voiceover.  And to judge from the beginning of the film, he is also a happy child in a happy family.  His mother sings as she cooks, his father is a cheery schoolteacher, and everyone gleefully burps and farts at their meals together.

This happiness is signaled, too, by the film’s saturated color palette, resembling a Polaroid family photo.  However, civil war is encroaching upon the village of Agu’s unnamed African nation.  Agu’s domestic tranquility abruptly ends when his village becomes contested territory in the war.  Agu’s mother and youngest sibling depart hastily, and shortly after, government forces enter the town.  Falsely named as rebel supporters, his father, grandfather, and older brother are gunned down before his eyes, leaving Agu to flee alone into the jungle.

Director Cary Joji Fukunaga, fresh from winning an Emmy for the superb opening season of True Detective, masterfully varies his camera technique to signal Agu’s emotional state.  As he runs for his life, the handheld camera reflects his frantic haste.  When he’s finally safe from the military, a very long shot shows his aloneness in a vast jungle.

After an unspecified number of days, Agu’s path crosses with a ragged troop of rebel forces.  Their commandant (Idris Elba) wheedles Agu’s story out of him and gives him an offer he can’t refuse, to join the other children in his fighting unit.

Fukunaga scarcely flinches in showing Agu’s initiation, a process some candidates don’t survive but after which the Commandant promises magical invulnerability.  Fukunaga only looks away from the worst of the gore, and thankfully, from Agu’s rape by the Commandant.  Quickly, the question at the heart of Beasts of No Nation is not only will Agu survive, but whether he will survive with his humanity intact.

Agu is played by acting newcomer Abraham Attah, with an expressive range that encompasses exuberance, terror, and numb disconnection.  With such evident talent, it’s easy to see why Attah just won the Best Young Actor award at this year’s Venice Film Festival.  Just as good is the young actor King Kong, who plays Striker, Agu’s nearly mute child friend in the rebel forces.  King Kong was rescued from the streets of Ghana’s capital, Accra, and as Striker, his eyes have a deadness that is frightening to witness.

Idris Elba is equally remarkable as the Commandant.  As he did so memorably as drug lord Stringer Bell in The Wire, here also Elba simultaneously exudes charisma and menace, functioning as his unit’s trinity of military commander, spiritual leader, and father figure.

Director Fukunaga has given the Commandant some of the best lines.  Most memorably for me, when his unit is demoralized and nearly starving, Elba gives a speech that is essentially the antithesis of Henry the Fifth’s climactic Shakespearean “Saint Crispin’s Day” monologue.  Instead of promising undying glory, the Commandant guarantees that if they desert, no one will be waiting to give his soldiers jobs, but instead will hasten to label them as war criminals.

Although the country in Beasts of No Nation is an amalgam of Sierra Leone, Liberia, and Ghana, it was only shot in the latter country.  In doing so, Fukunaga’s camera has a splendid eye for the details recognizable to anyone who has visited a near-equatorial developing nation:  concrete buildings with scuffed paint jobs, dusty roads, ignored banners and murals with their tragically ironic slogans (“Fight No More – Cooperation Builds a Nation”).  The child soldiers’ garb and lifestyles also meshes with the descriptions I’ve read elsewhere, with their fright wigs, Halloween masks, and magical amulets.

Fukunaga – who wore many hats as this film’s screenwriter, director, co-producer, and cinematographer – told the TIFF viewing audience that Beasts of No Nation was over a decade in the making.  Not only did he meet with Uzodinma Iweala, the Nigerian-American author of the novel of the same name, but Fukunaga also traveled to West Africa, interviewing former child soldiers and observing life in the therapeutic communities where some now live.

In making this film, Fukunaga told us that he hoped to give audiences a connection with the traumatized existences of African child soldiers, so they’d be more than just abstract headlines.  In creating unforgettable characters of psychological depth and nuance, and in telling such a heartbreaking story that refuses easy resolutions, Fukunaga definitely succeeded.

(Parents’ guide:  I suspect Beasts of No Nation will earn an R rating for its intense, occasionally graphic violence, as well as its strong language.  I would recommend it for viewers 15 and over.) 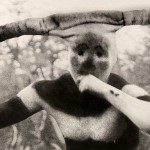 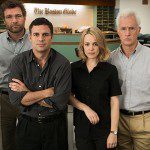 September 16, 2015 TIFF Dispatch #5: Shining a “Spotlight” on the Catholic Sexual Abuse Scandal
Recent Comments
0 | Leave a Comment
Browse Our Archives
get the latest from
Nonreligious
Sign up for our newsletter
POPULAR AT PATHEOS Nonreligious
1