“The Armor of Light”: Intelligent Talk About Guns and American Evangelicalism

Need I say that gun rights versus gun control is one of the most divisive topics in America today? However, if one is going to attempt a civil conversation on this subject, Rob Schenck is probably one of the best people to initiate it. (He’s far better for this than I would be; as a father of 3 teens in an area that’s had 3 recent near misses with high school mass shootings, I’m pretty disgusted by my region’s mashup of religiosity and gun ownership.)

Schenck hardly has the look of a Hollywood movie’s central protagonist. Appearing as though he may have been born wearing a suit, while sporting black rimmed glasses and a nasally voice, he resembles a Revenge of the Nerds character all grown up.

But don’t let this deceive you. Beneath his Clark Kent exterior resides a complex figure. Courtesy of the unobtrusive direction by Abigail Disney (yes, she’s related to that Disney), we adeptly learn of Rob Schenck’s multifaceted life journey. Born to Holocaust-haunted secular Jews, Schenck had an adolescent born again experience, leading him to enter Christian ministry. Like most evangelicals of his generation, he was a Carter Democrat turned Reagan Republican. As a former Operation Rescue anti-abortion protester, founder of Faith and Action, and chairman of the Evangelical Church Alliance, he is supersaturated with evangelical activist cred.

Just as relevant to The Armor of Light, however, Schenck is an introspective, empathic thinker. Despite a long-term identification with nonviolence, for most of his life he compartmentalized gun issues to the back burner of his brain. Only when the Washington Navy Yard shooting ended twelve lives within sight of his home in 2013 did this topic move to the forefront of his thinking.

To Schenck’s and Disney’s credit, we effectively witness the reverend step into the shoes both of gun control proponents and gun rights adherents. At pastoral gatherings, Schenck listens to Christians for whom firearm culture is central. He shoots at targets with a semiautomatic rifle to experience for himself the accompanying adrenaline rush.

On this issue, however, Schenck’s Road to Damascus conversion occurs when he meets Lucy McBath, a woman originally on the sidelines of the gun debate herself. McBath’s life was turned upside down when her 17 year old son Jordan Davis was gunned down in Florida by a man who objected to Davis’ loud music and then tried to invoke his state’s “Stand Your Ground” legislation in his defense.

Lucy McBath has activism in her genes, considering that her father marched and spoke alongside Martin Luther King. However, motherhood and an airline stewardess career put lobbying on hold until her son’s horrible murder. Informed by her own Christian faith, she doesn’t believe that God would’ve allowed her son to die meaninglessly.

Armor of Light superbly depicts Schenck’s and McBath’s moral journey through a mix of interviews, news footage, and fly on the wall observation. The film is aided immensely by the fact that both protagonists are gifted communicators and orators. As such, Disney’s documentary is stuffed with sentences both memorable and meaningful.

For instance, McBath speaks of the shallow faith of those who look to guns rather than their all-powerful God for protection. In a similar vein, Schenck laments that for many American Christians fetishizing their firearms, the Second Amendment is superseding the Second Commandment.

In one of his most powerful (and yea, prophetic) speeches, Schenck tells his audience that when pastors ignore the issue of gun control, others step in to fill the vacuum. Schenck goes so far as to exhort his listeners that, “Fox News and the NRA are not spiritual authorities.”

He also likens his moral awakening on this issue to an addict becoming sober, as he proclaims, “Simple answers are like heroin in your veins.” As Schenck converses with gun advocates, he hears plenty of these simple responses. Predictably, nearly everyone invokes the rare hypothetical of the home invader who must be repelled with a handy sidearm. And of course, guns don’t kill people, bad people with guns do the killing. Bafflingly, the president of Operation Rescue even counters Schenck with the talking point that “an armed society is a polite society.” (Tell that to this young lady whose tragic story greeted me in today’s local newspaper.)

Perhaps most chilling of all, however, is the melding of God and guns that we see in footage from the NRA’s 2014 Annual Meeting in Indianapolis. Franklin Graham serves up an invocation that parallels gun registry with the believer’s registry in God’s Book of Life (yeah, I don’t get it either). Then, keynote speaker Sarah Palin urges her audience, “Don’t waste a bullet on a warning shot.” Bloodlust rather than protection seems at the core of this charming rhetoric. Loving your neighbor as yourself and turning the other cheek have obviously been booted to the curb.

With The Armor of Light, Abigail Disney has done an admirable job of combining an issue film with a pilgrimage narrative. By focusing on a decent man’s exploration of a controversial topic, in which he primarily sought to listen rather than loudly insert his point of view, The Armor of Light shows us a terrific example of how to think critically and empathically. Though this film is primarily relevant for a faith-based audience, Schenck and McBath seem like folks worthy of emulation by both believers and non-believers.

As a Patheos writer, I’ve also been interested to follow the response to this film across our other channels. Bristol Palin and Nancy French in very similar fashions led off their reviews with criticisms of the director that verge on, if not actually cross into, ad hominem territory. (Evidently, if Abigail Disney isn’t anti-abortion, she has no right to advocate for gun control.)

Later in Bristol Palin’s review, she asserts that Schenck “never, ever, ever looks to the Bible” for guidance on the issue at hand. Palin is flat-out wrong here. Where, after all, does one find the Second Commandment, if not in the Bible? In addition, Schenk’s emphasis on compassionate listening and preserving life strikes me as a pleasing reflection of the empathic stance and healing work of Jesus as found in the four canonical Gospels.

Just as unsurprising as this far-right response, the progressive Christians reacted favorably to The Armor of Light. I’m most encouraged, though, by the evangelicals in the middle who were clearly moved by this thoughtful documentary. This gives me hope that perhaps we’ll see some momentum towards rational policy and gun control in our country. Schenck and McBath have an uphill climb ahead of them, but minds can be changed.

(Viewing guide: The Armor of Light is rated PG-13 for “thematic content and brief strong language.” I would encourage teens to watch this documentary, as it could spur good discussion between parents and their kids. Information about screenings of this film can be found here.) 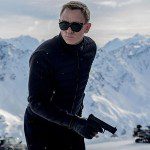 November 9, 2015
Something Old, Something New, Something Recycled in “Spectre”
Next Post 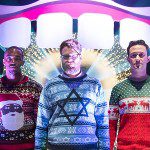 November 22, 2015 “The Night Before”: A Little Pre-Holiday Prozac
Recent Comments
0 | Leave a Comment
Browse Our Archives
get the latest from
Secular Cinephile
Sign up for our newsletter
POPULAR AT PATHEOS Nonreligious
1