“Into the Inferno”: Visiting Volcanoes Around the World with Werner Herzog

“Into the Inferno”: Visiting Volcanoes Around the World with Werner Herzog September 14, 2016 Andrew Spitznas

Werner Herzog may be 74 years old, but thankfully, he’s not slowing down.  With Into the Inferno, his third film to be released this calendar year, Herzog takes a different tack from his more recent documentary films.  For this exploration of volcanoes around the world, Herzog holds onto his role as narrator, but Cambridge volcanologist Clive Oppenheimer does the onscreen interviewing.

Though I miss Herzog’s patented offbeat questions and awkward pauses, Oppenheimer is the right person for the job, considering his vast knowledge base and familiarity with their destinations.  His enthusiasm and playful humor make him a fun travel companion, too.

During the Q&A that followed Into the Inferno’s world premiere last night, Oppenheimer told the audience that, with Herzog, he had wanted to make a different sort of volcano documentary.  Instead of emphasizing the catastrophic, Oppenheimer and Herzog desired to emphasize the history of humankind’s relationship with volcanoes.

Not to worry, though, there is still plenty of gasp-worthy footage of magma craters, pyroclastic flows, and lava rivers.  Herzog is a smart enough filmmaker to let the camera roll for occasional prolonged gazes at these spectacles.  Sometimes these visuals are accompanied by aptly awe-inspiring music by Rachmaninov, Vivaldi, or Schutz.  At other times, Herzog lets the booms and sighs of the volcanoes do all the talking.

But true to their word, the bulk of Into the Inferno devotes itself to the 100,000 years of human-volcano interactions.  Chronologically, this begins with the earliest known human tool sites in present-day Ethiopia, where stone flakes were crafted from volcano-derived obsidian.  In a delightful sequence, Oppenheimer digs for pieces of a hominid skeleton alongside Ethiopian fossil hunters and an exuberant UC Berkeley paleontologist, who stops just short of leaping for joy each time a cranial fragment is found.

Travelling to Indonesia and Vanuatu, Herzog and Oppenheimer illustrate how present-day humans have created myths that both anthropomorphize volcanoes and seek to placate their wrath.  Oppenheimer, ever respectful, interviews local chieftains who claim to have spoken with volcanoes.  On Indonesia, the camera shows us a ritual intended to reconcile the goddess of the ocean with her volcanic demon-child.  (Here, Herzog’s eye for oddball details doesn’t disappoint, as the camera lingers on a sultan’s bubble-wrapped Mercedes, “as if Christo had been here.”)

At other points in their film, Herzog and Oppenheimer journey to Iceland and North Korea, where volcanoes have had a seminal role in these nations’ identities.  In the former, the key document is 13th Century Edda, whose oldest written version is handled by Oppenheimer with the greatest care.  In the latter case, Mount Paektu is crucial to the ancient origin myth for the entire Korean peninsula, subsequently appropriated for the cult of personality surrounding Kim Il-sung and his son.

The segment filmed in North Korea is the sole weak link in this film.  While I appreciate Herzog’s desire to show us glimpses of life in this nation normally closed to the outside world (train stations where only the official newspaper can be read, guides who only spew official propaganda), I feel this portion could’ve been 5-10 minutes shorter and distracts from the guiding thesis of Into the Inferno.

But this is a minor detraction from a wonder-filled film.  Herzog’s renown as one of the leading documentarians in film history is secure, and Into the Inferno burnishes this reputation.  Only Chilean director Patricio Guzman and Herzog so perfectly blend geology, anthropology, history, and filmmaking poetry into a heady humanistic mix.

And there is a coherent worldview behind this film.  In his 2005 documentary Grizzly Man, Herzog spoke of the “overwhelming indifference” to human activity that he saw in the faces of every bear.  In this latest film, Herzog carries this thought one step further, speaking of the volcanoes’ “monumental indifference” to human scurrying on the earth’s crust.  In so speaking, Herzog relativizes the rituals of tribal leaders on Vanuatu and the prayers in the Roman Catholic “Chicken Church” on Indonesia.  Even the endeavors by scientists like Oppenheimer to create early warning systems for eruptions could be powerless to forestall the damage from a future volcanic cataclysm.

But in the meantime, great art and life-saving discoveries are still be made, and I’m grateful for the work of Herzog and Oppenheimer that so enriches our existence.

(Parents’ guide:  Into the Inferno has not yet been rated by the MPAA, though I don’t recall anything in here that would offend sensitive viewers.) 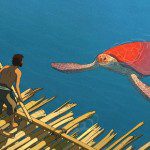 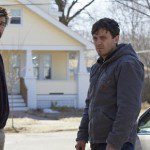 September 18, 2016 “Manchester by the Sea” and “The B-Side”: Grief and Wonder in New England
Recent Comments
0 | Leave a Comment
"I don’t think that applies in this case. Public ownership and private ownership of the ..."
Carstonio “The Big Scary S Word”: Socialism ..."
"I think "socialism," like "democracy," can have different meanings, flavors, or degrees. The latter word ..."
Raging Bee “The Big Scary S Word”: Socialism ..."
"The "end" was Bundy's claim in that interview that his murderous career resulted from an ..."
wannabe “No Man of God”: An Audacious ..."
"I’m anti-label on many issues as a matter of principle. Most people’s positions on issues ..."
Carstonio “The Big Scary S Word”: Socialism ..."
Browse Our Archives
get the latest updates from
Secular Cinephile
and the Patheos
Nonreligious
Channel
POPULAR AT PATHEOS Nonreligious
1