A Ghost Story demonstrates that inventive style can win the day, even if meaning and characterization are nearly as wispy as a half-seen specter.

To wit, our two leads – Casey Affleck and Rooney Mara – are named in the credits as C and M, respectively.  It’s not even made clear if they’re married or in a long-term committed relationship.  We learn little that is concrete about them:  C is a musician who likes to stay put, while M is more of a vagabond.  They have their happy, tender moments, but at least as often they seem distant or reservedly tense towards each other.

It’s obvious that director/writer David Lowery (Pete’s Dragon, Ain’t Them Bodies Saints) has elected to keep his characters opaque.  Both Affleck (in his Oscar-winning lead in last year’s Manchester by the Sea) and Mara (in her Oscar-nominated supporting role in 2015’s Carol) have shown that they can imbue laconic characters with suppressed yet immense emotional depth.  These talents are held in reserve in A Ghost Story.

In Lowery’s film, C and M are discordant over whether to remain or move from their modest Texas ranch, when C dies traumatically.  After M identifies his body and leaves the morgue, C rises from the table, a sheet-covered ghost with blank eyeholes.  Rather than enter a bright gateway, presumably to the hereafter, C decides instead to glide across town.  Returning home, C is obsessed with discovering one final secret about M.

All of this unfolds at a laggardly pace, one so unhurried that it makes early M. Night Shyamalan movies frenetic by comparison.  Lowery’s style mostly consists of long static takes, effectively underpinned by composer Daniel Hart’s drawn out string notes.

With a couple of exceptions, C’s haunting is subtle, not creepy or terrifying.  His apparition doesn’t shriek, but softly bumps and rattles.  Affleck’s costume, with its echoes of Scooby-Doo, could’ve been comical, but Lowery succeeds in suffusing it with a pitiable melancholy.

As a bedsheet ghost implies, the special effects here are of the low-key sort.  Many of A Ghost Story’s surprises instead emerge through Lowery’s editing.  One of the greatest pleasures of this film is the portrayal of time moving differently for C’s spirit, which we first discover by observing Affleck’s immobile phantom set against a background of M exiting the front door in slightly different ways in multiple quick cuts.

A Ghost Story is a quiet movie, and excepting one lengthy monologue, its words are few.  In one sequence that is all in Spanish, Lowery doesn’t even offer subtitles, showing that the spoken word is taking a back seat to tone and mood.

This makes certainty elusive about the film’s meaning.  As I watched A Ghost Story, and now as I write about it, my brain latches onto several possibilities:  the histories that we daily and unheedingly walk through; the inherent unknowability of the people around us; the commonplace preciousness of life that no one in their right mind would want to abandon.

Since Affleck’s character is/was a musician, I suspect he’s a surrogate for Lowery, indirectly commenting on the reasons we create.  A visitor to C and M’s home (Will Oldham, named curiously in the credits as the Prognosticator) lists these motives as divine worship, romantic love, and a desire to leave a legacy.  Yet the Prognosticator claims that even the greatest works are ephemeral, uttering that “you can write a book, but the pages will burn.”

(Parents’ guide:  A Ghost Story is rated R, which seems a bit overmuch to me.  Nonetheless, its pacing and style will make it off-putting to younger viewers.) 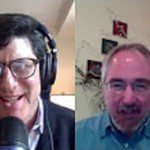 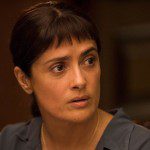 July 2, 2017 “Beatriz at Dinner”: A Fish Out of Water Parable for Our Time
Recent Comments
0 | Leave a Comment
Browse Our Archives
get the latest updates from
Secular Cinephile
and the Patheos
Nonreligious
Channel
POPULAR AT PATHEOS Nonreligious
1