“Beatriz at Dinner”: A Fish Out of Water Parable for Our Time

“Beatriz at Dinner”: A Fish Out of Water Parable for Our Time July 2, 2017 Andrew Spitznas

Dropping characters into higher social strata, then watching the chaos that ensues, can be both fun and enlightening.  The examples of Pygmalion, its musical adaptation My Fair Lady, Jean Renoir’s Boudu Saved from Drowning, and (my own favorites of the bunch) Jacque Tati’s Monsieur Hulot films come immediately to mind.  Beatriz at Dinner is the latest instance of this time-honored narrative device.

Where all of the earlier examples couched their social skewering in comedy, Beatriz at Dinner’s urgent commentary is soaked in tension, even if it begins as merely awkward.  Beatriz (Salma Hayek) is a Mexican-born American making a living in Southern California as a New Age healer and massage therapist.  One of her late afternoon house calls takes her to an ultra-luxe mansion.  When her car won’t start at the end of their session, her client Cathy (Friday Night Light’s Connie Britton) kindly pleads with her to stay for dinner while Beatriz awaits her repairman friend.

Cathy’s husband Grant is peeved at the intrusion, for that night’s repast is mostly about business.  Their main guest is Doug Strutt (John Lithgow), the billionaire property owner upon whose coattails Grant made his fortune.

As their company arrives – besides Strutt and his wife, there’s an attorney and his wife – Beatriz hovers placidly on the periphery.  Strutt at first presumes she’s part of the hired help, requesting that she bring him a drink.

Even after this misperception is corrected, the tension only increases.  Dissatisfied with hearing that Beatriz resides in Santa Barbara, Strutt crassly asks her, “Where are you really from?”  From here, the guests’ attitudes towards Beatriz vary among neglect, condescension, and frank belittlement.

Beatriz at Dinner is set up as a duel between its title character and Strutt, and indeed, the differences between them couldn’t be starker.  Beatriz lives simply with her beloved pets; Strutt kills big game for pleasure.  Beatriz grieves the pollution she witnesses on her way to Cathy’s gated neighborhood; Strutt exults in trampling environmental regulations.

As Beatriz’s tongue is loosened by successive glasses of white wine, she’s emboldened to attack the other guests’ moral destitution.  She contrasts her choice of a healing vocation with their careers of destruction, scaldingly pronouncing, “All your pleasures are built on others’ pain.”  As the meal progresses, the pressure amplifies across each course, until the possibility of physical violence feels all too real.

It would be tempting to see this film as an overly spot-on takedown of Trump.  Strutt is a vulgarian who boasts, “I have opinions, and because I have money, people listen.”  The working title for his braggadocious memoir is Life Is a Game, and Guess Who Won.  Strutt and Trump are both on Wife #3.  Heck, their names similarly project a monosyllabic belligerence.

This could’ve been a fair critique, were it not for the fact that Mike White’s devastating screenplay was inspired in 2015 by Walter Palmer’s murder of Cecil the Lion rather than Trump’s presidency.  But as Strutt smugly tells Beatriz in one of their taut exchanges, “Many men do what I do.”

Almost everything coheres beautifully in director Miguel Arteta’s film.  Salma Hayek plays Beatriz flawlessly, her beatific eyes seeming to contain all of the world’s sorrow.  John Lithgow – gliding comfortably from comedy (3rd Rock from the Sun), to humble tenderness (Love Is Strange), to brash nobility (The Crown) – again shows his versatility as the believable villain of the piece.

Former Devo band member Mark Mothersbaugh has contributed an airily bright score to Beatriz at Dinner.  As with his music for several Wes Anderson films, its tone cannily offsets the serious subject matter at hand.  It’s only regrettable that Miguel Arteta went with an overused instrumental tune for his movie’s conclusion instead of giving Mothersbaugh free rein here as well.

Even though Beatriz at Dinner was not conceived as a reaction against Trump, I suspect this will be a painful film to watch for folks directly or empathically impacted by our current POTUS’ malicious misconduct.  For both my wife and me, who are healers by profession, it was doubly agonizing to observe Beatriz’s vacillations between aggression and despair.  Her sense of betrayal by her erstwhile pal Cathy, whom she’d thought to be a decent person, mirrors the daily stupefaction we feel at the Trump voters surrounding us who’ve revealed themselves monstrous and callous in their worldview.  Beatriz’s isolation in this film highlights the necessity of a caring community at moments like this.

Coincidentally, the day before watching Beatriz at Dinner, I finished rereading Albert Camus’ novelistic masterpiece, The Plague.  His Nazi-inspired allegory struck me as far more relevant for today than Orwell’s 1984, as the French philosopher catalogues every possible human response to horror.

Camus timelessly writes that “what is true of the ills of this world is also true of the plague…when you see the suffering and pain that it brings, you have to be mad, blind, or a coward to resign yourself to the plague.”

Apropos to the contrasting characters in Beatriz at Dinner, Camus writes that during the plague, “There was no shame in choosing happiness…But there may be shame in being happy all by oneself.”

(Parents’ guide:  Beatriz at Dinner is rated R for language and violence, but is tamer in both areas than most comparably rated films.) 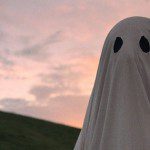 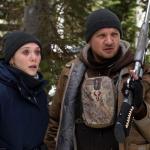 August 20, 2017 “Wind River” is a Suspenseful Follow-up to Last Year’s “Hell or High Water”
Recent Comments
0 | Leave a Comment
"I don’t think that applies in this case. Public ownership and private ownership of the ..."
Carstonio “The Big Scary S Word”: Socialism ..."
"I think "socialism," like "democracy," can have different meanings, flavors, or degrees. The latter word ..."
Raging Bee “The Big Scary S Word”: Socialism ..."
"The "end" was Bundy's claim in that interview that his murderous career resulted from an ..."
wannabe “No Man of God”: An Audacious ..."
"I’m anti-label on many issues as a matter of principle. Most people’s positions on issues ..."
Carstonio “The Big Scary S Word”: Socialism ..."
Browse Our Archives
get the latest updates from
Secular Cinephile
and the Patheos
Nonreligious
Channel
POPULAR AT PATHEOS Nonreligious
1