“Leaving My Father’s Faith”: A Famous Preacher Dad and His Humanist Son

“Leaving My Father’s Faith”: A Famous Preacher Dad and His Humanist Son May 13, 2018 Andrew Spitznas

A film as intimate and warm as Leaving My Father’s Faith inevitably stirs up an affective response and personal recollections.  So I’ll get a little personal here.  Growing up evangelical in the 1980s, Tony Campolo was a star in my subculture.  His humorous, inspiring messages were a hit in my adolescent social circle.  And when I interviewed him for my Christian high school’s newspaper, after he gave his “It’s Friday, But Sunday’s Coming” talk to our student body, I found him authentically kind and effervescent up close, too.

Entering adulthood, as my own faith morphed from hyper-conservative to progressive, I continued to appreciate his example.  His passion for social justice and willingness to modify his theological stances on hot-button topics stood out as far more real and humane than the rigidity of fundamentalist luminaries Billy Graham, John Piper, and Jerry Falwell.  His book Adventures in Missing the Point (co-authored with fellow Christian progressive Brian McLaren) was one of the last evangelical publications I latched onto before the gravity of doubt pulled me out of Christianity’s orbit.

So when his son Bart publicly deconverted, I followed his narrative and its ripple effects in the American evangelical community with great interest.  Listening to his conversation with Seth Andrews on The Thinking Atheist podcast, I admired both his articulate presentation of a naturalistic, agnostic worldview and his mellow, empathic attitude towards those still in the believing fold.

Now, we are lucky to have an excellent documentary, available for home viewing, to expand upon earlier media coverage.  For those unfamiliar with the Campolos, Leaving My Father’s Faith provides their life stories in an easy-to-digest form.  In a nifty bit of editing, it opens with Tony giving the aforementioned sermon in a multitude of settings, including a German audience and Bill Clinton’s inauguration.  Though an academic who can accessibly expound on Ernest Becker, Karl Barth, and Soren Kierkegaard, we see that Tony is just as comfortable delivering barnburner sermons to laypeople.

Unsurprisingly, Bart admits on camera that growing up with a larger-than-life dad made for a colorful childhood.  (Not many of us have fathers who get sporadic calls from the White House.)  Bart then recounts his born-again experience – pumped-up teen gatherings, a sinner’s prayer with his youth pastor – that will be instantly recognizable to anyone who came of age in an evangelical family.  Becoming a pastor himself, Bart channeled his drive to help others into inner city ministry, founding an organization that’s still up and running today.

John Wright, the director of Leaving My Father’s Faith, has structured his film around an onscreen conversation between father and son that details Bart’s deconversion and Tony’s response to it.  Bart has described his migration from faith elsewhere as a “death by a thousand cuts,” and Wright’s film focuses upon several of the sharper lacerations.  Some of these are more intellectual (recognizing that the Bible is a human document), others are more experiential (bearing witness to inner city violence and realizing that God is not sovereign).

The film’s set-up gives equal time to both participants in the dialogue, so we hear Tony’s commentary on Bart’s stepwise deconversion as we go along.  So when Bart discloses that having gay roommates in college prompted the discovery that the Bible was sometimes wrong, as in its pronouncements on same-sex relationships, Tony responds with the evolution of his own theology, coming to perceive that Paul’s writings did not express opposition to gay relationships themselves, but rather were a condemnation of promiscuity.

Besides inheriting his dad’s bald pate and slouched posture, Bart shares his father’s talent for charismatic storytelling, which keeps Leaving My Father’s Faith bopping along at an engrossing pace.  John Wright, who also functioned as this film’s editor, illustrates Bart’s story with low-key reenactments, which stave off the tedium of nonstop talking head footage.  To vary things even more, Wright’s camera follows the pair during Tony’s visit to southern California to check out Bart’s workspace at USC, where the latter now serves as a humanist chaplain.

I appreciate how Wright’s documentary pulled me in both intellectually and emotionally.  There is plenty to ponder, as father and son expound on the meaning of existence and on what it would take for each of them to alter their worldview.  But there is also emotional heft:  tears well up in Tony’s eyes when he imparts how gutted he felt (and still feels) over Bart’s abandonment of Christianity.

More significant, and where I suspect the parent/child relationship shown here will be a source of wistful envy for many, are the openness and affection between Tony and Bart, uneroded by their differing belief systems.  There is occasional tension when they disagree, but both parties manifestly respect and listen to one another.  The playful banter arising from their shared histories, with each sometimes finishing the others’ sentences, is joyful to observe.

I made a point of watching Leaving My Father’s Faith with my daughter Liz – a Sunday-and-midweek-meeting Christian – because I wanted to hear from a believer whether Wright had crafted his film even-handedly.  I personally feel it tilts faintly towards one perspective (I’ll be coy and withhold which one), but my uncertainty here indicates its merit no matter your worldview.

This was confirmed by the lively, respectful discussion that ensued after I turned off the TV.  Liz, my wife, and I talked of our varied peregrinations around belief, doubt, and unbelief.  By the end of the day, my daughter had texted her campus ministry leader, suggesting they watch the film as a group.  So it’s safe to say I have my answer from her. 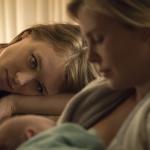 May 6, 2018
“Tully,” an Insightful Mary Poppins Tale of Contemporary Motherhood
Next Post 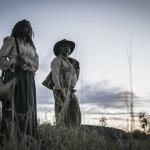 May 20, 2018 “Sweet Country,” Subversive Australian Western
Recent Comments
0 | Leave a Comment
"I don’t think that applies in this case. Public ownership and private ownership of the ..."
Carstonio “The Big Scary S Word”: Socialism ..."
"I think "socialism," like "democracy," can have different meanings, flavors, or degrees. The latter word ..."
Raging Bee “The Big Scary S Word”: Socialism ..."
"The "end" was Bundy's claim in that interview that his murderous career resulted from an ..."
wannabe “No Man of God”: An Audacious ..."
"I’m anti-label on many issues as a matter of principle. Most people’s positions on issues ..."
Carstonio “The Big Scary S Word”: Socialism ..."
Browse Our Archives
get the latest updates from
Secular Cinephile
and the Patheos
Nonreligious
Channel
POPULAR AT PATHEOS Nonreligious
1