A Second Look at “First Reformed”: Tolling the Moral Death of U.S. Christianity

Yes, you’re seeing double, but there’s nothing wrong with your vision.  First Reformed is so profound and artful that neither Sid (my fellow Secular Cinephile reviewer) nor I wanted to budge on reviewing it.  In the not too distant future, I suspect there will be entire books devoted to this film, so there’s plenty for both of us to explore without overlapping significantly.

If you haven’t read Sid’s thoughtful review, please start there.  His synopsis lands tidily in the Goldilocks Zone of spoiler territory, a sweet spot that I’ll try to stay in as well.  (I allude to some late-film events, but keep it vague.)  And I agree 100% with his encomiums for writer/director Paul Schrader’s thematic explorations, the film’s visual splendor, and Ethan Hawke’s performance of a lifetime.  I also concur with his advice to postpone seeing this film if themes of suicide would be a trigger for you, since this possibility looms heavily across this work.

So, rather than redundantly sing First Reformed’s praises, I intend to consider Schrader’s film in the context of his earlier work and that of other directors he admires.  From there, I’ll spend more time on this film’s themes, since First Reformed excels both as a lacerating critique of American Christianity and as an ode to secular humanism that makes room for a bit of mysticism.

For those unfamiliar with Schrader, he’s quite the interesting cat.  Raised in a stern Calvinist Reformed tradition that shunned popular entertainments, he is in the rarefied company of groundbreaking film critics – like Francois Truffaut – who went on to write and direct movies.

Schrader is probably best known as the screenwriter for two of Scorsese’s best films, Taxi Driver and Raging Bull (as well as the flawed yet fascinating Last Temptation of Christ).  However, he’s also esteemed for directing a handful of movies that dig into the inner and outer lives of tormented men, namely Affliction, Auto Focus, and (my own favorite) Mishima: A Life in Four Chapters.

By now, I think most cinephiles had despaired that the 71 year old writer/director had no more great films in him.  It’s been 16 years since Auto Focus, and 19 years since his last Scorsese screenplay, for Bringing Out the Dead.  (Not that he’d stopped thinking deeply cinematic thoughts:  his 2006 essay for Film Comment magazine on creating a film canon was strongly influential for me.)

But then comes First Reformed!  What makes this film even more exciting – besides its timely subject matter, slow-building suspense, and splendid characterization – is the way it feels like a culmination of 40-some years of film appreciation.  For back in 1972, Schrader had published a small but influential film studies book, entitled Transcendental Style in Film: Ozu, Bresson, Dreyer.  And in this new film, each of these directors, along with Ingmar Bergman, are engaged with in manners big and small.

Of these four giants, Schrader engages with Japanese director Yasujiro Ozu in the least thematic manner.  However, his stylistic homages still deepen his film.  Like Ozu, Schrader sets up his scenes of dialogue in ways that eschew Hollywood’s standard over-the-shoulder, shot/reverse shot formula.  Instead, we get a direct, head and shoulders view of each speaker as they look past us into the camera, giving us a greater intimacy with the character.

Ozu also liked to immerse viewers in the social milieu of his characters, so if they were witnessing a performance, we would see songs or scenes performed in their entirety.  This occurs most famously in his 1949 film Late Spring, where a traditional Noh theater performance is the setting for a magnificently portrayed epiphany by its central character.

In First Reformed, songs from Abundant Life’s youth choir and its director bracket crucial scenes.  Here as in Late Spring, the lyrics – whether from a protest song or traditional spiritual – are relevant to the tensions felt by the lead characters.

Saying too much about Schrader’s other influences risks giving away more plot than I’d like, so I’ll keep my comments on them briefer.  With regards to French director Robert Bresson, esteemed for rigorous, contemplative works like Au Hazard Balthazar, in significant ways Schrader’s film is an updating of his 1951 work, Diary of a Country Priest.  Both center on a clergyman who is physically and spiritually ill, who attempts to counsel a troubled parishioner in a growingly hostile community, whilst living monastically.

In terms of Danish director Carl Theodor Dreyer – perhaps best known for his silent classic The Passion of Joan of Arc – First Reformed reminds me most of his 1955 film Ordet.  Each allows itself one key moment of mystical transcendence.  In Ordet, this climactic moment is undeniably supernatural.  In First Reformed, consistent with its far more down-to-earth humanism, this scene can easily be construed as a simultaneously beautiful and horrifying moment of connection and enlightenment.

Last on the list of influences, the opening 40 minutes of First Reformed share plot and setting with Swedish director Ingmar Bergman’s 1963 masterpiece of doubt, Winter Light.  Both commence with a somber minister leading a service in a near-empty church, after which a congregant nudges her despairing husband to seek counsel from the reverend.  The color palette in First Reformed’s opening sequences, all variations of gray, are highly reminiscent of the austere black and white of Bergman’s film.

Fortunately, all of these homages and influences come together to create a work that stands strongly on its own, with one of the deepest critiques of American Christianity that I’ve seen in contemporary cinema.

First Reformed achieves this by contrasting the churches and outlooks of Reverend Toller (Ethan Hawke) and Pastor Jeffers (an uncharacteristically restrained, yet completely believable Cedric the Entertainer).  Toller shepherds his small flock in an 18th Century Dutch Reformed edifice.  It’s a beautiful building, yet barely functional, with decrepit plumbing and a broken organ.  In the present-day setting of the film, it’s a museum relic with a legacy of social activism in a bygone century, of minimal present-day relevance.

By contrast, Abundant Life is a standard-issue megachurch, an architectural monstrosity with the interior of an affluent high school auditorium.  Within its walls, Jeffers preaches prosperity and shallow self-help, aided by a hip, tattooed youth pastor who offers vacuous bromides to his charges.  As the film advances, Abundant Life’s complicity with the flesh-and-bone principalities and powers who are wrecking our planet becomes plainer and plainer.

The differences continue with the daily vocabulary of these two ministers.  Toller’s language is from another century, often citing Kentucky monk and contemplative Thomas Merton (1915-1968), using terms of spiritual despair like “sickness unto death” and “torpor.”  Jeffers’ attitude towards Toller vacillates from concerned to patronizing, while his theology of a Jesus free of worry and suffering has no room for endangered species like Toller.

Through its intimate close-ups and voiceover excerpts from Toller’s journal, it’s clear that Schrader identifies with Toller and wants his audience to do the same.  First Reformed is a story of pilgrimage: through his conversations with troubled eco-activist Michael and his wife Mary, Toller is spurred to articulate the prophetic truths he perceives.  With Michael, he candidly speaks of the Iraq War as having “no moral justification.”  Later, he damns the church’s silence in the face of politicians who still deny global warming, asking “where were we when these people were elected?”

Schrader’s script is so literate and provocative that I’m certain it could be enjoyed as a written document.  Yet, of course, a film must succeed visually, too.  My friend and colleague Sid Blevins wisely opened his review with a memorable screenshot from First Reformed, of Toller looking over a Superfund site.  A rusted ship’s mast forms a cross in the background, signifying that Christ is being crucified anew with our desecration of the planet.  This scene also signals that Toller is awakening to his responsibility to the world as a sanctuary, a place that needs re-consecration more than his historical church building.  The aforementioned mystical scene that references Dreyer’s Ordet conveys similar notions, with imagery of such force that it brought me to tears.

Even the characters’ names in First Reformed carry symbolic heft without being heavy-handed.  Mary is with child; her husband Michael is doing the heralding labor of the archangel, but instead of announcing the Second Coming, he is raising the alarm over the death of our planet.

Most importantly, Ethan Hawke’s character, Ernst Toller, is an “earnest toller,” sounding the bell for the moral death of American Christianity.  His church is a museum piece looking back to an era when the Church could potentially be an impetus for moral progress, instead of a societal and global liability.  Through our identification with Toller, we follow his tormented contemplation of the options facing a man bereft of faith and no longer able to pray with conviction: suicidal despondency, violent lashing out, or a secular, tangible love for people and our planet.  We tensely, agonizingly hope he makes the right choice, as we’re exhorted to do the same. 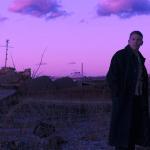 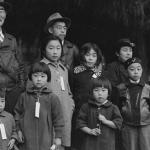 June 24, 2018 Elastigirl vs. Kiddie Concentration Camps
Recent Comments
0 | Leave a Comment
"I don’t think that applies in this case. Public ownership and private ownership of the ..."
Carstonio “The Big Scary S Word”: Socialism ..."
"I think "socialism," like "democracy," can have different meanings, flavors, or degrees. The latter word ..."
Raging Bee “The Big Scary S Word”: Socialism ..."
"The "end" was Bundy's claim in that interview that his murderous career resulted from an ..."
wannabe “No Man of God”: An Audacious ..."
"I’m anti-label on many issues as a matter of principle. Most people’s positions on issues ..."
Carstonio “The Big Scary S Word”: Socialism ..."
Browse Our Archives
get the latest updates from
Secular Cinephile
and the Patheos
Nonreligious
Channel
POPULAR AT PATHEOS Nonreligious
1