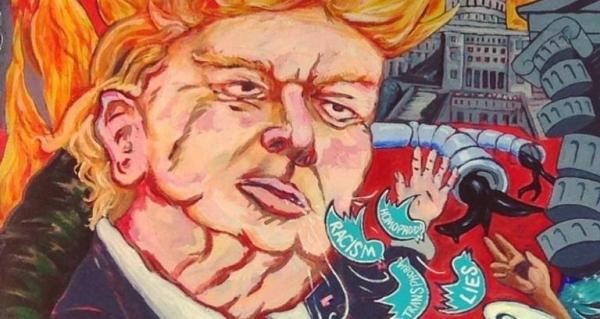 What a difference 150 years make!  The former party of Lincoln, the Great Emancipator, stands behind a prison system that disproportionately shackles people of color and puts brown children in cages.  The erstwhile party of Ulysses S. Grant, a hero of Reconstruction who prosecuted the KKK and helped elevate minorities to leadership positions, now embraces white supremacists and steals the political voice of minority groups.  Such has been the GOP’s abominable transformation, that I would now contend it meets all of the criteria for a hate group.

The Southern Poverty Law Center (SPLC) is a noble if imperfect organization, and its definition of a hate group is a fair one.  Per the SPLC, a hate group is “an organization that – based on its official statements or principles, the statements of its leaders, or its activities – has beliefs or practices that attack or malign an entire class of people, typically for their immutable characteristics.”  My own personal analysis of the Republican Party since the presidential campaign of 2016 leads to the unambiguous conclusion that the GOP fully fits this definition.

My determination primarily arises from GOP activities and its leaders’ statements, but even its officially written principles lead me to designate it as a hate group.  For example, if you read the 2016 Republican Party Platform, its opposition to gay marriage seeks to remarginalize the American LGBT community.  The platform’s segment on immigration, meanwhile, contains dog whistle language for racism.

Dog whistle politics are of course not new to the GOP, as Nixon’s “Southern Strategy,” Reagan’s talk of welfare queens, and George H.W. Bush’s attack ads about Willie Horton will attest.  However, these tactics gained a new vigor with the ascendance of the Tea Party movement, built substantially around the racist conspiracy that Barack Obama was an illegitimate president.

More recently, with the appointments of Steve Bannon as Trump’s campaign manager, and then White House Chief Strategist, white supremacists have felt emboldened to step out of society’s shadows and have increasingly gained a voice in the Republican Party.  Despite Bannon’s role as executive chairman at Breitbart News – a notoriously racist, anti-semitic, and misogynistic cesspool of fake news – his appointments were met with a shrug by most Republicans.

Nowadays, in a terrifying reenactment of the “lobster in a boiling pot of water” scenario, most GOP supporters scarcely blink when Trump retweets anti-Muslim videos, when a U.S. Representative repeatedly retweets white supremacist talking points, or when an NYC Republican club meeting features the Proud Boys’ founder as speaker.

Though it would be excessive to label all Republicans as white supremacists, their policies nonetheless directly inflict harm upon different minority groups.  African Americans are singled out by “stop and frisk” police practices, so beloved by the party of “law and order,” and praised by Trump on the campaign trail.  The corrupt prison industrial complex, only enhanced by Jeff Sessions’ ironically named Justice Department, disproportionately harms black communities.  Republican governor Rick Snyder poisoned the water of Flint, a majority black city.  And voter suppression in states like Georgia and North Carolina rolls back the clock on the 15th Amendment.

How about the Latinx community?  The presidential candidate who labeled South of the Border immigrants as rapists and drug dealers is now the president whose administration made into policy the savage practice of separating children from their parents.  He’s the same thug who stokes fears of the migrant caravan, and offers us the cruel farce of preschoolers representing themselves in federal immigration courts.

(Coincidentally, as I was writing this, today’s mail arrived, with a political flier from the treacherous Tennessee candidate for senator, Marsha Blackburn, alleging that electing her Democratic opponent would be a “golden ticket” for immigrants.  May your fear-mongering prophecy come to pass, you odious anti-humanist.)

Native Americans similarly face dire consequences from Republican policy.  Whether it’s the Trump-approved oil pipeline across the Dakotas or GOP-led voter suppression, the news is not good.

Perhaps most disturbing of late have been the threats to the LGBT community.  With chilling echoes of Nazism, the Trump White House is now considering defining 1.4 million transgender Americans out of existence.  I would encourage you to check out the Human Rights Campaign’s timeline, to see how this president, who campaigned as an LGBT ally, has in actuality conducted himself as an enemy to this community’s needs.

And naturally hate speech at the top of the political ladder leads to more hate crime.  Trickle-down economics are a fiction, but the trickle-down contagion of violence is not.  Trump has explicitly encouraged aggression by his partisans, whether his campaign trail fantasy that a “Second Amendment type” would snuff out Hillary, or his praise at a rally ten days ago for a congressman who body-slammed a reporter.

I don’t think any of my liberal allies have been surprised by the terrorist attacks of the MAGAbomber.  Nor do we doubt that more of his unstable ilk will emerge from the woodwork in the coming months, as Trump unapologetically continues to weaponize Twitter and manipulate news outlets to propagate his hate.

So, what are we conscientious humanists to do?  First, if you haven’t already, get your tuchus out there and vote!  As long as we have at least the tatters of a democratic republic still in place, we must attempt to remove the Party of Hate from power.

Secondly, just as I’ve exhorted my readers to name the illegitimacy of our current political situation, we need to bluntly name the Republican Party as a hate group.  We must hold the so-called Party of Personal Responsibility personally responsible for their hateful words and policies, and the violence and crime that naturally and causally flow from these.  If they mend their ways before they self-destruct, then we joyfully welcome Republicans back into the humanistic fold – but not a moment before.

(I can already hear the shrill objection that I’m being unnecessarily polarizing.  But, come on, I didn’t create the poles, I’m only advocating for truth in labeling.  As the milquetoasting by old school Democrats like Schumer, Hoyer, and Pelosi has repeatedly shown, evasive gentility will not win the day in America 2018.)

Finally, I urge you to remain vigilant, constantly denouncing hateful behavior and policy as you see it in real time.  The tragic consequences of Republican policies are not theoretical:  I’ve heard from my children about bigoted speech emboldened at their schools; and members of minority groups voice their fears to me at my clinic.  I do what I can to ensure that my office is a safe place for my patients, through my words but also with visible displays of pro-diversity material.  Please find your own creative ways to practice compassion towards the disenfranchised, until we have a more welcoming, inclusive America. 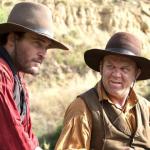 October 21, 2018
“The Sisters Brothers” Is a Western As Strange As Its Title
Next Post 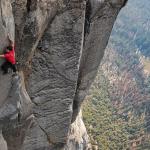 November 4, 2018 “Free Solo” Is a Welcome Burst of Humanistic Uplift
Recent Comments
0 | Leave a Comment
"Yes, good enough is good enough, but it's such a personal decision. Please note Steven ..."
Jimmy Maxwell “The Green Knight”: The Hero with ..."
"If we're talking 'March of the Penguins,' then sure. But there's a market for intelligent ..."
Andrew Spitznas An Introduction to “The Hidden Life ..."
""I would have liked a deeper delve..."The more abstruse the discussion, the lower the appeal.There's ..."
BeaverTales II - ✓ᵛᵉʳᶦᶠᶦᵉᵈ An Introduction to “The Hidden Life ..."
"Well, first, I am by no means a fan of his. Frankly, his stick up ..."
Dale Rebe “Roadrunner”: The Profoundly Sad Life and ..."
Browse Our Archives
get the latest from
Secular Cinephile
Sign up for our newsletter
POPULAR AT PATHEOS Nonreligious
1 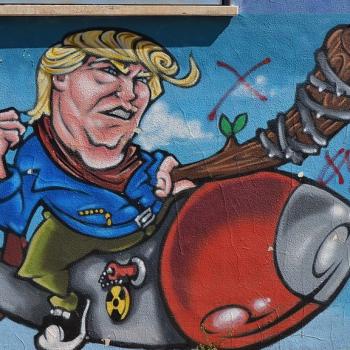 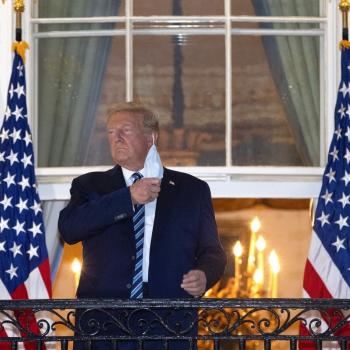 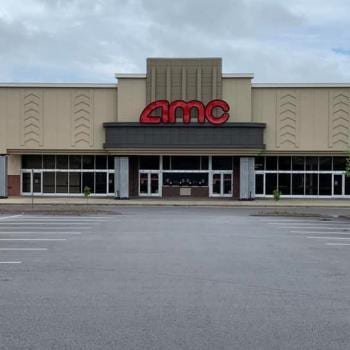