Quick, name the last movie that dealt honestly and artfully with a teen’s struggles with mental illness.

If you’re still racking your brain to answer this, join the club.  I can only remember Thelma, and I don’t think too many people on this side of the Atlantic have seen it.

However, her mother Regina (Miranda July) is hardly a rock of stability, alternating between verbal lashing and playful support of her daughter’s aspirations.  The collective’s charismatic if fickle director Evangeline (Molly Parker) seems far more open and nurturing.

While Madeline’s illness is never explicitly stated in the film, I’ll go out on a psychiatric limb and theorize that she mainly suffers from Borderline Personality Disorder (BPD).  This tormenting condition is characterized by internal and external chaos, with wild mood fluctuations, relationships that swing from intense closeness to total alienation, feelings of emptiness, and self-destructive behavior.

Josephine Decker and her cinematographer Ashley Connor have splendidly visualized Madeline’s tenuous grip on reality from moment one of their film.  The boundaries between the acted and the actual, between Madeline’s point of view and, say, that of her housecat, stay fuzzy.  The animal imagery – her cat, the disquieting pig masks worn by her troupe – illustrates her primal fight-or-flight struggles.

Connor tends to keep Madeline in shallow focus, so only her body is sharply delineated, skinny from her eating disorder, subtly scarred from self-cutting.  Her external world is blurry, symbolizing the narcissistic prison so miserably endured by those with BPD.

The musical accompaniment is also well-chosen; the voice-only pieces by Roomful of Teeth and the violin/cello duets are rightly unsettling.  Harmony is only transiently achieved when Madeline makes tentative progress in defining her identity and setting herself apart from both Regina and Evangeline.

The actresses playing these two women are very good, particularly Molly Parker.  Best known for her TV work, she most notably portrayed the opium-addicted widow Alma Garret in Deadwood.  Here, Parker gives a layered performance, her Evangeline projecting a wisdom and leadership that conceal a deeper insecurity.

Miranda July took a little longer to inhabit the role of Regina.  She seemed wooden at first, but by the half-hour mark, I forgot she was merely an actress playing a mom.

Of course, Madeline’s Madeline stands or falls with its lead actress, and wow, is Helena Howard magnificent in this, her movie debut.  (Aptly, she was discovered by Decker at a high school drama competition being judged by the director, where her performance brought Decker to tears.)  Unafraid to be vulnerable, joyous, labile, brash, likeable, and exasperating, Howard is strong throughout, but especially in a climax both cathartic and squirm-inducing.

There is also a satisfying unity to Decker’s perfectly titled film.  Madeline’s Madeline opens with an out-of-focus nurse telling Madeline that her emotions are not her own.  By the end, we see a young woman clawing to be her own person, not a role demanded by the two unfulfilled women striving to lay claim to her. 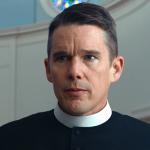 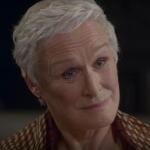 January 20, 2019 Now Is the Winter of Our Domestic Discontent: A Double Feature
Recent Comments
0 | Leave a Comment
Browse Our Archives
Follow Us!

Is There a Looming Sex Scandal...
No Longer Quivering
Related posts from Secular Cinephile 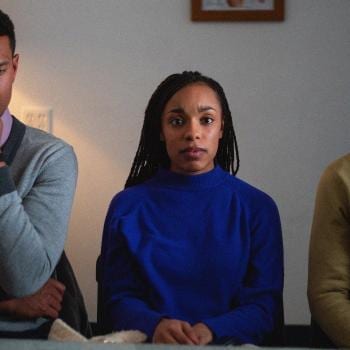