“Midsommar” Is a Tale of Terror Told in Broad Daylight

“Midsommar” Is a Tale of Terror Told in Broad Daylight July 4, 2019 Sid Blevins

Midsommar is as beautiful as it is horrific. Ari Aster has made only two feature-length films, but has already developed a voice and formula entirely his own. Although the film shares some thematic elements with its predecessor, its execution and effect are more of an extended-release version of the mainline hit that was last year’s Hereditary.  Aster has the unique ability to both adhere to and depart from familiar horror tropes, which he does here with playful glee. All the ingredients of the standard horror film are found in Aster’s special recipe, but his preparation and arrangement amount to a singular experience.

Dani (Florence Pugh) is an anxiety- and grief-stricken college student in a relationship on its last legs. While recovering from a family tragedy, she reluctantly tags along with her boyfriend, Christian (Jack Reynor), and a group of his college classmates to attend a midsummer celebration in a remote Swedish village. What begins as a typical horror setup quickly reveals itself to be something more meditative and visually stunning than recent entries in the genre.

Aster has no reservations about lingering on disturbing imagery, which filmgoers should take into consideration. The most graphic images of Midsommar, however, land with a muted constraint. The glaring white light of the Swedish midnight sun, which persists through most of the film’s run time, coupled with the quiet rituals of the antagonists, serves to sterilize scenes of body horror and gore. Meanwhile, the constant foreshadowing of the horrors to come and the slowly churning momentum of the film’s pacing build to an unbearable crawl through viscera which renders the violence more inevitable than it is shocking.

Many of the film’s most terrifying events are telegraphed by the paintings and tapestries found throughout the village. Aster’s storytelling is terse and direct, leaving little room for the imagination to tease out the fate of the film’s characters. This will, no doubt, prove divisive among audiences who have come to expect twists and turns from this type of psychological horror film. Like the relentless glare of the constant sunshine, the film’s plot leaves little hidden. Midsommar benefits greatly from this choice. The slow pace and constant foreshadowing create an ever-present sense of impending doom, even as the film’s characters seem to be enjoying their drug-fueled European vacation.

Given that description of Midsommar‘s  most stomach-turning moments, you may be surprised by how funny this film manages to be. Though filtered through the kind of gallows humor which is an acquired taste, Midsommar‘s tone produces grins and squirms in equal measure. One sequence in particular has created a conversation about whether or not it is appropriate to laugh at the fate of the film’s least popular character. This is a sure sign that Aster has successfully split the uprights between the horrific and the humorous.

Florence Pugh’s performance as the beleaguered Dani is a joy to behold. Many of the film’s moments hinge upon her ability to display a range of emotions simultaneously. Not only does she wrestle with Aster’s bizarre version of the horror genre’s “final girl” trope, but she must also play a woman who is slowly being pushed out of a romantic relationship by an increasingly callous and disaffected boyfriend. Much like Toni Collette’s masterful performance in Hereditary, the bulk of this film’s success is due to Pugh’s complete committal to her role.

Cinematographer Pawel Pogorzelski, who also worked with Aster on Hereditary, does truly impressive work here. Landscapes are shot with patience and attention to thematic detail. Snow-covered pines melt into the gray of a winter sky; later, the white light of the Scandinavian sun blurs the boundaries between foreground and background, creating an unsettling unity of humanity and nature. The film also features some of the most accurate on-screen depictions of the effects of psychedelic drugs. The leaves of trees twist and undulate like tiny flames, grass grows up through feet, and human faces slowly swirl unnaturally in the unsettling haze of a mushroom trip. So much of the plot is conveyed through visual language, and that language is as strange and beautiful as it is terrifying.

Like Hereditary, Midsommar sets intense emotional experiences against the hallucinatory and supernatural. It is unclear whether or not this juxtaposition of the known and the unknown reveals anything new, but I don’t think that’s the point. Midsommar lingers in the mind like a strange nightmare; you’re sure it must mean something, but that something is elusive and ephemeral. The film isn’t an examination of grief and separation, alienation and loss of family, though those themes are clearly present. Instead of making some sort of statement about these harsh realities of the human experience, Aster simply stages them against a backdrop of brutality and viscera. Whether or not you are on board with Aster’s unique brand of psychedelic horror, it can’t be denied: Midsommar is an entirely unique and disturbing experience. 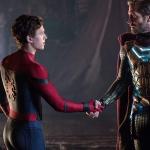 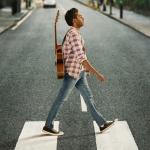 July 5, 2019 Oh, I Half-Believe in “Yesterday”
Recent Comments
0 | Leave a Comment
"I don’t think that applies in this case. Public ownership and private ownership of the ..."
Carstonio “The Big Scary S Word”: Socialism ..."
"I think "socialism," like "democracy," can have different meanings, flavors, or degrees. The latter word ..."
Raging Bee “The Big Scary S Word”: Socialism ..."
"The "end" was Bundy's claim in that interview that his murderous career resulted from an ..."
wannabe “No Man of God”: An Audacious ..."
"I’m anti-label on many issues as a matter of principle. Most people’s positions on issues ..."
Carstonio “The Big Scary S Word”: Socialism ..."
Browse Our Archives
get the latest updates from
Secular Cinephile
and the Patheos
Nonreligious
Channel
POPULAR AT PATHEOS Nonreligious
1