Truthiness and Truth in “Sword of Trust”

Truthiness and Truth in “Sword of Trust” August 1, 2019 Sid Blevins

Sword of Trust could not have landed at a more appropriate moment in time. There seems to be a growing disdain for truth in America. While our society buckles under the weight of alternative facts and normalized hate it can be difficult to find a reason to laugh. Lynn Shelton does just that in Sword of Trust. Despite the gravity of the film’s subject matter, the cast swing from ebullient improvised comedy to tragic pathos with ease.

When Mary (Michaela Watkins) and Cynthia (Jillian Bell) travel south to claim Cynthia’s inheritance, they discover that the only belonging left to inherit is an antique sword with a mysterious past. The couple take the sword to a pawn shop where Mel (Marc Maron), reluctantly takes on the task of selling the Civil War relic to a group of Confederate “truthers,” who are willing to shell out thousands of dollars for proof that the South actually defeated the “northern aggressors.”

This scenario becomes the perfect playground for Shelton and crew to deliver a biting commentary on our current paralysis around reality. How is it that entire subcultures in our country are able to live in a version of reality that bears so little resemblance to truth? Though this question lingers in the atmosphere of the entire film, it never weighs so heavily that it distracts from what is a disarmingly sweet and felt comedy.

This is due, in large part, to the effortless chemistry of the cast. Marc Maron shines as Mel, whose backstory will sound familiar to fans of Maron’s podcast, WTF with Marc Maron. The film does a good job of lying just adjacent to a reality that is all too familiar, and the parallels between Maron’s own life and that of the pawn shop owner he plays in the film add to the familiarity which the film cultivates so well. Maron’s characteristic dryness serves the film’s comedy perfectly, but he also delivers an honest and heartfelt monologue which should elevate his reputation as an actor from serviceable supporting role to leading man. Mel’s counterpart, Nathaniel (John Bass), is a bumbling man-child who has fallen victim to flat-earth conspiracy theorists on YouTube. Nathaniel is the clown to Mel’s beleaguered straight man, but there is a genuine connection between them that makes their relationship as compelling as it is comical.

Mary and Cynthia quickly become a mirror image of Mel and Nathaniel; Cynthia’s wide-eyed naivety tempers Mary’s shrewdness and street smarts. The dynamic between this pair of pairs, and the specificity of their characters, creates the perfect environment for these actors to simply settle into their roles and improvise. Sword of Trust floats along on this chemistry, even when the plot veers into less-than-believable shenanigans in its third act.

Because Shelton’s directing is so spare, the film plays as understated and reserved as its subject matter will allow. Shelton’s choice pays off, as a heavier hand would have reigned in the improvisational feel of the film. Despite the very high stakes of living in a world in which truth is given the same sort of subjectivity as musical taste, Sword of Trust seems intent on never digging too deeply into the implications of its conceit. This isn’t so much a meditation on the fragility of truth as it is a nervous laugh in the face of that terrifying reality. I’ll take all the laughs I can get, even the nervous ones. 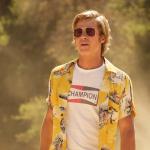 July 28, 2019
“Once Upon a Time”: Tarantino’s Stylish, but Insubstantial, Love Letter to 1960s Hollywood
Next Post 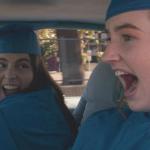