“Portrait of a Lady on Fire”: The Confining Options for Women of the Past

I didn’t set out to write another compare/contrast review, but I’m obliged to play the movie cards dealt me.  Yesterday’s screening of Clemency led inevitably to comparison with the simultaneously released death row drama, Just Mercy.  In today’s review of Portrait of a Lady on Fire, I can’t resist holding it next to another late 2019/early 2020 release that considers womanhood of prior centuries through a female director’s feminist lens, Little Women.

(I can’t help wondering if some of this has to do with their creators’ country of origin.  The pessimist/realist Sciamma comes from the land of Madame Bovary, while optimist Gerwig was born in the land of, well, Little Women.)

Sciamma vividly transports us to the mid-18th Century, showing us a time of nights lit only by fire, in the mansion of a down-on-her-luck aristocrat.  The Countess (Valeria Golino) is seeking deliverance from her dull island by marrying off her daughter to a suitor in Milan.  However, he won’t consent to wedding her until receiving a portrait.

Thus, the artist Marianne (Noémie Merlant) is brought by boat to paint Héloïse (Adèle Haenel).  We immediately gain a sense of Marianne’s toughness, beyond her poise and determined facial expression:  when a package of hers topples overboard, she leaps into the water to grab it before it drifts away.  Then, when the sailors prove equally unhelpful in taking her all the way to her destination, she goes it alone up a dusk-lit, cliff-side trail.

The following morning, Marianne learns from the Countess that her daughter is an unwilling subject.  Only brought home from a nunnery a few weeks ago, following her elder sister’s death, Héloïse refuses to sit for a portrait.  The Countess has thus crafted a subterfuge, bringing Marianne here ostensibly as a companion for her lonely daughter, so she can surreptitiously observe Héloïse long enough to paint her from memory.

Using this deceit, Sciamma cleverly toys with the notion of the camera’s gaze, long problematic as the means for a male director/voyeur to objectify the woman being filmed for the male target audience.  Marianne’s gaze indeed objectifies Héloïse, who misconstrues its intensity as signifying interest and affection.

By narrowing her primary cast to four women – Marianne, Héloïse, the Countess, and a young servant girl Sophie (Luàna Bajrami) – Sciamma gives us a vivid sense of the circumscribed options available to women at this time.  Marianne is only a painter because it’s her father’s profession; an illiterate servant can’t do much else; and down-at-the-heel aristocrats’ salvation comes by marrying upwards.  With such limitations, how much hope is there for a lasting same-sex romance?

These limitations are communicated literally and symbolically.  Laughter is seldom heard, and there’s precious little enlivening music, the mansion’s harpsicord out of tune and covered up.  Happiness is similarly rare, so memory is paramount for drawing up joyous past events.  Marianne can only earn money by painting within her profession’s narrow forms and conventions, and is barred by her gender from painting male nudes.  Héloïse has dreams of running, while her sister likely escaped her fate by jumping off a cliff.

Visually, Sciamma and her cinematographer Claire Mathon capture all of this with a painter’s eye for scene framing and a telling use of color.  Héloïse and her mother are aristocratic insiders, their blonde hair and blue eyes unifying them, while their blue dresses match the mansion’s walls and the sea just outside their windows.  Marianne’s red dress marks her an outsider, blending with the autumnal outdoor colors.

While masterfully composed, Sciamma’s style does lend a feeling of detachment to much of Portrait of a Lady on Fire, which isn’t helped by the film’s slow beginning.  And I wasn’t fully drawn in by Merlant or Haenel’s performances, either.  Merlant seems too mannered at times; more significantly, with Haenel, I was almost always conscious that I was watching an actor, rather than staying immersed in her character.

Still, this is an overall satisfying, thematically rich film experience.  With its main story bookended by a stage-setting prologue and a pair of affecting vignettes for an epilogue, Sciamma has crafted a superficially straightforward narrative that is shot through with rewarding subtlety. 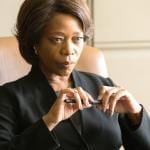 December 30, 2019
“Clemency” Is Hard to Find, on Both Sides of the Prison Bars
Next Post 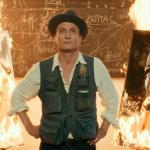 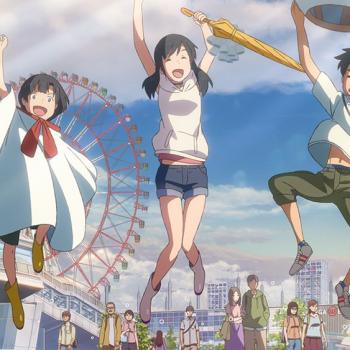 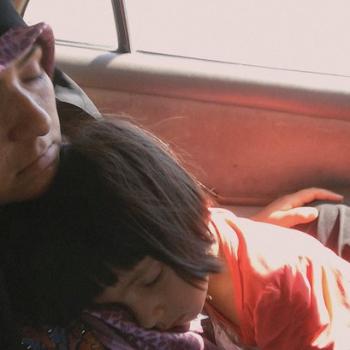 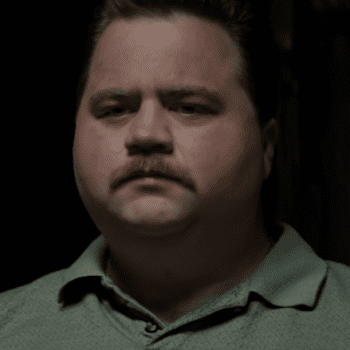 Spirituality
I often hear people say, “I am not religious, but I am...
view all Nonreligious blogs
What Are Your Thoughts?leave a comment
Copyright 2008-2017, Patheos. All rights reserved.