“The Gentlemen”: Not Much Substance, but Plenty of Fun

Guy Ritchie has never been my bag.  His Sherlock Holmes movies were overstimulating eyesores that turned Arthur Conan Doyle’s elegant mysteries into action set pieces.  And the trailer for his latest movie, The Gentlemen, was god-awful.

So I was pleasantly surprised when the actual film, both written and directed by Ritchie, turned out to be a hoot, a delightful way to pass a chilly winter afternoon.  Just don’t go in expecting profundity.  There are a couple of nods towards topical relevance – the perniciousness of tabloids and fake news, the absurdity of cannabis’ illegality compared to opiates – but The Gentlemen is 98% about simply having fun.

And this is smart fun, too.  Ritchie’s screenplay is stuffed full of rapid-fire witty dialogue and surprising plot twists, while the editing adds pop to the humor and punch to the occasional bursts of violence.

His story centers around Mickey Pearson (Matthew McConaughey), an American transplant to London who has for decades run a big chunk of its cannabis trafficking.  Reaching middle age and happily married to Rosalind (Downton Abbey’s Michelle Dockery), he’s wanting to sell his enterprise to a competitor, a fellow American played gaudily by Succession’s Jeremy Strong.  Meanwhile, he’s fending off competition from Dry Eye (Henry Golding) and thievery by not-quite-reformed youngsters under the protective wing of their boxing coach (a hilarious, exasperated Colin Farrell).

If this isn’t convoluted enough for you, Guy Ritchie pulls a Tarantino and opens with a scene that would be at the three-quarters mark of a chronologically-told movie.  Still more shades of Tarantino, after its opener, The Gentlemen is bookmarked with a nighttime meeting between Pearson’s second-in-command Ray (Charlie Hunnam, in stolid badass mode) and reptilian tabloid stooge Fletcher (Hugh Grant, almost unrecognizable, clearly having a ball).  The bulk of The Gentlemen is then spun in flashback mode, as Fletcher unweaves a tale designed to elicit a bribe from Ray.

Like Tarantino, Ritchie also inserts some cinephilia into his dialogue and technique.  As Grant and Hunnam riff on the superiority of traditional film stock over digital moviemaking, the look of the film shifts from shiny to grainy.  Later, in one of a few playful meta-moments, Grant compares the goings-on in this story to Francis Ford Coppola’s The Conversation.

The Gentlemen does have a couple of the liabilities of Tarantino’s movie universe.  Both directors are too glib with ethnically-based humor.  Ritchie doesn’t drop the n-word casually, as Tarantino loves to do, but the punning on a character named Phuc grows tiresome.

Even The Gentlemen’s title implies that, like Tarantino’s, Ritchie’s is a man’s world.  His camera’s male gaze slobbers over Michelle Dockery’s comely figure.  But most problematic, playing a character’s threatened rape for suspense leaves a nasty taste.

Despite these flaws, The Gentlemen shows a writer/director on the ascent again, following a string of underwhelming flicks.  Honestly, I enjoyed this far more than Tarantino’s The Hateful Eight and Once Upon a Time…in Hollywood.  So, with Tarantino claiming imminent retirement, it looks as though we may still have punchy action films in his vein, with less of their ickiness.

January 21, 2020
“The River and the Wall”: Considering the Consequences of Trump’s Proposed Border Wall
Next Post 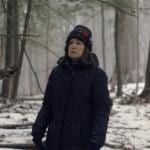 January 31, 2020 “Diane” Celebrates an Ordinary Life, Liver Spots and All
Recent Comments
0 | Leave a Comment
Browse Our Archives
Follow Us! 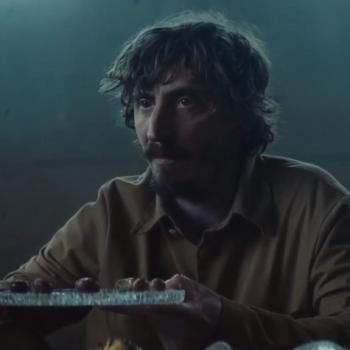 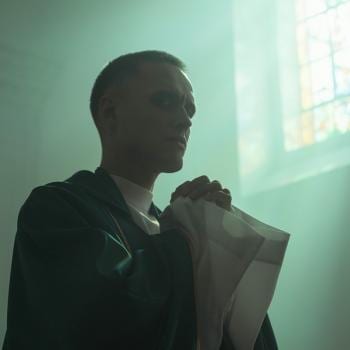 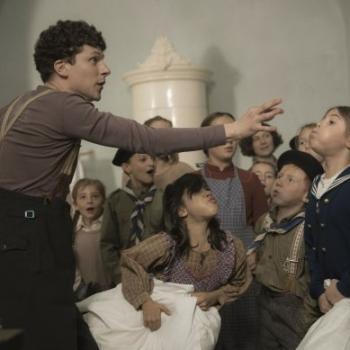 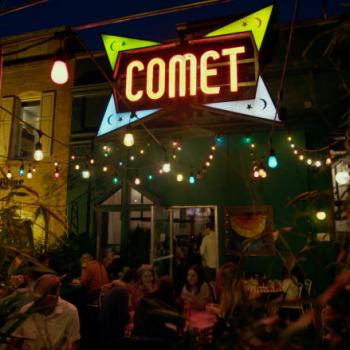