“The River and the Wall”: Considering the Consequences of Trump’s Proposed Border Wall

Like a good book, a good documentary expands the mind and challenges ignorance.  Prior to watching The River and the Wall, I conceived of the Texas-Mexico border as a parched, sun-drenched scrubland.  (That’s what happens when your only personal experience of Texas is a few days in San Antonio.)

Now, courtesy of this beautifully shot, engrossing documentary, I know that the border country is so much more.  Defined across its 1200 miles by the path of the Rio Grande, it includes mountains, buttes, canyons, subtropical regions, and farmland that is arable year-round.  Because of this multiplicity of ecosystems, it is home to diverse wildlife, from mountain lions and black bear, to butterflies and birds.

On that last point, as the five experts in this film traverse the entirety of this border, the ecologist/ornithologist in the team counts 150 avian species during their two month journey.  Such variety makes the Rio Grande the most popular birding destination in the US.

Along with the ecologist Heather Mackey is conservationist Jay Kleberg.  Both inform us that a wall would disrupt the habitats of countless species who don’t see international borders in staking out territory.  By limiting breeding opportunities, a wall would diminish genetic variability and hardiness.  Texas could lose some species altogether: for instance, the state was without black bears, hunted down to zero, until a momma and her cubs crossed the border late last century.

Rounding out the team in The River and the Wall are a pair of wildlife filmmakers, Felipe DeAndrade and Ben Masters (also the film’s director), as well as river guide Austin Alvarado.  Each member brings a welcome expertise to their journey and this documentary.  Alvarado’s skills are essential as their canoes approach Class III rapids, the intimate camerawork lending suspense to these sequences.  Other river stretches are completely dry from irrigation diversion, so Masters’ equestrian talent is indispensable during their time riding mustangs.

In addition, each shares parts of his or her biography at relevant junctures in The River and the Wall.  Alvarado feels a chill in legally travelling past the spot where his Guatemalan parents originally entered the country illegally.  DeAndrade’s Brazilian mother had to fight for legal status, after DeAndrade’s abusive father spitefully destroyed their documents back home.

The five of them have a playful chemistry together and clearly enjoy one another’s company.  Such bonhomie is handy when they’re hit with snow squalls, wading through chest-high canal water, or trudging in mud impassable to their mountain bikes.

During their journey, the team makes time to speak with people they encounter.  Ranchers and farmers are none too pleased with the prospect of losing a million acres to eminent domain seizures, as there are long stretches where the terrain would preclude building the wall directly along the Rio Grande.  Some would also lose access to the river, their sole irrigation source.

A Republican congressman from Texas, Will Hurd, admits on camera that money spent on better technology would do far more to combat narcotrafficking than a wall.  Beto O’Rourke points out that El Paso, the border city in his congressional district, is routinely listed as one of the US’ safest cities, giving the lie to Trump’s “rapist and criminal” rhetoric.

A Mexican naturalist persuasively offers an alternative to plowing through natural sanctuaries like the National Butterfly Center and Big Bend National Park.  Since Mexico already has protected land opposite Big Bend, why not create a binational park?  With the Waterton-Glacier International Peace Park straddling the US-Canada border, we have a precedent for this sort of endeavor.

Humanists and critical thinkers already oppose Trump’s wall on moral grounds, recognizing it as a facet of his deceptive, racist demagoguery.  The River and the Wall does a great service in making an ecological argument against the wall, besides introducing me to a part of my nation I wasn’t acquainted with, through a mix of overhead shots, wildlife footage, and on-the-ground adventure videography.  That director Ben Masters and his fellow adventurers argue their case with a picturesque and winsome film only adds to their credit.

January 26, 2020 “The Gentlemen”: Not Much Substance, but Plenty of Fun
Recent Comments
0 | Leave a Comment
Browse Our Archives
Follow Us! 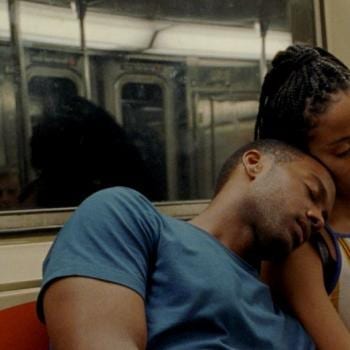 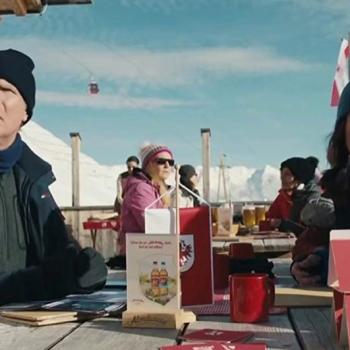 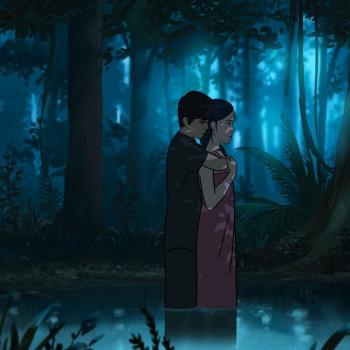 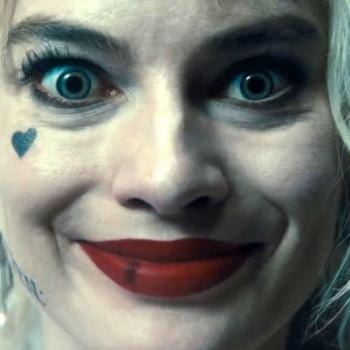