Skip This “Downhill” Course, and Ski “Force Majeure” Instead

“Once you overcome the one-inch-tall barrier of subtitles, you will be introduced to so many more amazing films.”  Bong Joon-Ho’s utterance of this line, while accepting the Best Foreign Language Golden Globe for Parasite, was my favorite moment of the 2020 awards season.

If you haven’t already leapt over the subtitle barrier, now is a good time to do so.  Besides checking out Parasite, go back and watch Force Majeure, the Swedish original that is the basis for its American remake, Downhill.

Both follow the same basic plot outline.  While on an Alpine ski vacation, a husband and father of two abandons his family when he thinks an avalanche is about to engulf their outdoor dining table.  When the snow merely leaves everyone dusted but shaken, the family grapples with his cowardly flight.  Both the wife and children give him the cold shoulder, as he attempts to gaslight his family into accepting his false narrative of events.

In the American version, Will Ferrell and Julia Louis-Dreyfus are Pete and Billie, the supposed adults in the room.  On the plus side, this is probably Ferrell’s most convincing serious role.  Even before the avalanche, his eyes, resting sad face, and body language convey middle-aged desperation and emptiness.  His father’s recent death has him mindful of his own mortality, as he enviously follows the social media adventures of his younger friend Zach (Silicon Valley’s Zach Woods, also a career-best serious performance).

My impressions of Dreyfus here are more mixed.  In her initial responses to the lodge’s “controlled avalanche,” she seems stuck in the over-emoting mode familiar from TV roles like Veep and Seinfeld.  As the film progresses, her distress and anger feel authentic.

Besides Downhill’s intriguing closing moments, this is lamentably where the positives have to end.  Compared to Force Majeure, Downhill is a cluttered and overly busy film.  Watch (or re-watch) the original, and see how the crystalline outdoor visuals, its sparsely-populated spaces, and the resort’s simple wooden décor sharpen your focus on the main drama.

Likewise, in Force Majeure, the music is pared down to an excerpt from Vivaldi’s Four Seasons for each entr’acte, and the dialogue is stripped to essentials.  All of these choices give us room for contemplation.  For me, as a husband and dad, it allowed me to consider how I might’ve responded in similar circumstances.  For all of us, we can feel the tension more strongly and notice the powerful psychological forces at work, as the wife reassesses the husband she loves (or loved), and the man poorly compensates with a ludicrous flight into hyper-masculinity.

In Downhill, the in-scene music is an encumbrance.  Its creators have also added some inessential scenes, as when Billie files a complaint with the lodge’s safety officer (a wasted performance by Game of Thrones’ wild redhead Kristofer Hivju).

In another telling contrast, both films have a supporting character named Charlotte.  In Force Majeure, Charlotte’s carefree use of her holiday for extramarital coupling leads the wife to rethink her commitment to her husband.  In Downhill, Charlotte is an exaggeratedly Teutonic lodge employee, obnoxiously played by Aussie actor Miranda Otto.  In both films, the resorts are polyglot mixes, but only Downhill traffics in ethnic stereotypes, with Otto’s character and a seductive Italian ski instructor.

It’s ironic that Force Majeure has an extra half-hour of run time, but Downhill is the movie with superfluous filler.  In addition, it’s disappointing to note this remake was co-directed by Nat Faxon and Jim Rash, whose last film (and feature debut) was the delightful, low-key family drama The Way Way Back.  They co-wrote Downhill’s screenplay with Jesse Armstrong, creator of HBO’s whip-smart Succession.

Currently one of the best things on TV, Succession has in common with Force Majeure a dark comic sensibility and a squirm-inducing microscope on family dynamics.  How sad that Armstrong couldn’t bring those skills to bear on Downhill. 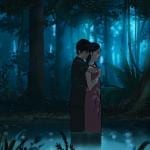 February 13, 2020
“Funan”: A Compelling Animated Story of Survival Under the Khmer Rouge
Next Post