“The Assistant”: Great Intentions, OK Cinema for the #MeToo Era

I wish I could remember who uttered this (so I could give them credit), but I recall chuckling when Amy Klobuchar was referred to as the beige Democratic Presidential candidate.  At this stage in the campaign, we have the gruff Democratic Socialist, the erudite female professor, the gay centrist who sends homophobic evangelicals into a panic, the haughty plutocrat, and the out-of-touch Obama buddy.  In this colorful field, we have Klobuchar, an acceptable candidate with little to distinguish herself.  She’s beige.

Likewise, The Assistant is a beige movie.  It addresses important topics – the normalization of sexual harassment and the denigration of women in the workplace – but in a fashion dry and drab.  It’s beige.

Even the visual scheme of its soul-robbing setting leans heavily on beige.  Julia Garner, the muted lead in the film, with her lightly pink blouse and black skirt, offers the only color, but even she could almost camouflage herself against the kitchen cabinets.

As exposition dribbles out, we learn that Garner is Jane, the new assistant to the executive of a high-power film company in his NYC office.  Following her through the course of her 18-hour workday, she’s the first to arrive and last to leave nearly every day.  She’s the one who turns on the lights, gets the coffee percolating, and prints out everyone’s daily schedules.

As colleagues shuffle in, we discern that this is a workplace devoid of warmth.  Greetings are perfunctory, even with the two never-named male assistants who share the room with her.

These building blocks have already shown us the oppressive and isolating structure of the contemporary workplace.  The film’s sound design literally amplifies this point, with its sparse dialogue and the disproportionately loud grind of the copy machine and nails-on-chalkboard slide of a metal-encased tissue box across a table.

But things only get worse.  Jane, unlike her two male peers, is delegated the office scut work.  She delivers the lunch orders, is ordered to handle the ranting phone calls of the boss’ wife, and is told to babysit his insufferable kids.

We also progressively, obliquely discern that Jane’s boss is a Weinstein-esque sexual predator.  Yet, everyone looks the other way, minimizes his aggression, or jokes about it.  When Jane timidly voices concern, she’s reminded that – even with her degree from a prestige university – she’s altogether disposable.

Julia Garner’s performance is one of the few standout elements of this debut feature by writer/director Kitty Green (she previously directed the documentaries Casting JonBenet and Ukraine Is Not a Brothel).  Garner is utterly deserving of a lead film role, in light of her impressive supporting roles in television’s Ozark and The Americans.  Here, her taut expression conveys the joylessness of her job, her suppressed misery and exhaustion.  Across a day of humiliations large and small, we can almost smell her fear as she holds back tears and forces herself to maintain an unflustered front.

Besides Garner, the other actor given extended dialogue is Matthew Macfadyen, as the company HR director.  With the on-the-nose surname of Wilcock, he shares the amorality of Macfadyen’s character in HBO’s Succession, but his emotional range is muted like Garner’s.

It’s a clever choice by Green that we never see the boss’ face and only hear his mumbled lines as he briskly passes by or barks over the phone.  This ensures that the drama stays centered on Jane’s experiences, while the nameless boss is felt as a malign invisible presence.

Still, I wish Green had injected more overt drama and emotion into her film.  I’m confident its subdued quality will deprive it of a larger audience for its necessary subject matter.  The Assistant didn’t need to be as flashy as, say, Bombshell; but it is possible to show the dehumanizing nature of contemporary workplaces in ways that are engaging and forcefully character-driven without name-dropping Roger Ailes and Megyn Kelly.  The fine examples of the Oscar-winning documentary American Factory or the European feature Two Days, One Night immediately come to mind. 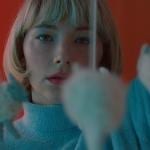 February 25, 2020 “Swallow,” a Feminist Allegory of Bodily Control, Will Make You Squirm and Think
Recent Comments
0 | Leave a Comment
Browse Our Archives
get the latest from
Secular Cinephile
Sign up for our newsletter
POPULAR AT PATHEOS Nonreligious
1