Movies are such great windows onto the world.  Until Corpus Christi, I didn’t know that impostor priests and nuns were a phenomenon in Poland, with new cases popping up several times yearly.

Polish director Jan Komasa didn’t know about it either, until he read an article by journalist Mateusz Pacewicz.  After the rights to his story were obtained, Pacewicz demanded to write the screenplay.

The results of their collaboration are excellent indeed.  Though most impostors do it for the money (with the status elevation in an 86% Catholic country an additional inducement), Pacewicz and Komasa decided to give their protagonist more complicated motivations.

Daniel (a gloriously expressive Bartosz Bielenia) is a seriously mixed-up kid.  Finishing up a long stint in juvenile detention, he can stand watch in one scene while fellow toughs beat the snot out of another kid; moments later, he’s listening raptly as Father Tomasz (Lukasz Simlat) preaches about Christ’s presence in everyone.  He’s a roiling mess of contradictory motives, virtuous aspirations battling violent inclinations.

Daniel is released on parole not a moment too soon, as a hulk named Bonus has threatened to harm him no matter where he ends up.  With a reference from the good Father, Daniel is off to labor in a rural sawmill.  But with one look at his future workplace, and another glance at the lovely nearby town with its central church spire, Daniel turns impostor.

There are moments of humor in Corpus Christi early on, as when Daniel frantically scans a confession wiki before hearing his first one.  But he’s quick on his feet and clearly a gifted listener, as he’s able to springboard from Father Tomasz’s sermons and soon make the homilies his own.  It’s rapidly apparent he won’t play an everyday priest:  for that first confessor, who smacked her kid after catching him smoking, it’s no “Hail Mary’s,” but rather a bike ride with her son.

Mostly, however, the tone of Komasa’s film is serious.  A makeshift memorial opposite the church, with six youngsters’ photographs, signifies a recent tragedy.  And the guilt-laden, gray-haired vicar seizes on Daniel’s arrival to make a quick exit “for medical reasons.”

With these pieces in place, I was quick to presume that certain things would happen in Corpus Christi.  Daniel will snoop around and discover the secret tragedy, and compel the community to come to terms with it.  Daniel’s fraud will somehow be detected.  A showdown with Bonus is in the offing, and we’ll learn the reason for their antagonism.  Romantic sparks will fly between Daniel and the daughter of the vicarage caretaker.

I won’t spoil the satisfactions of your own viewing by getting into specifics, so I’ll merely say I was partly right, partly wrong.  Better yet, with only one disappointing exception, Pacewicz’s screenplay reaches its destinations in wholly unexpected ways.

Narratively thrilling to watch, Corpus Christi is equally a pleasure to look at.  Its cinematographer, Piotr Sobocinski, Jr., has been earning Polish Film Awards since 2015, but this is his first film to break widely on American shores.  (That Academy Award nomination for Best Foreign Language Feature certainly helped.)  On the strength of this film, Sobocinski has deserved all those prizes.

Many scenes are lensed in a half-smoky, hazy fashion, I suspect to give an incense-filled, God-is-everywhere feeling.  A scene where Daniel is elevating the Host puts the wafer in the forefront, the congregation in the background, effectively communicating the same “Kingdom of God is within you” message.  Like other films about the state of today’s Roman Catholic Church – Spotlight, By the Grace of God – we see the town’s church in the background of many outdoor shots, suggesting its ubiquity in everyday life.  And wow, the final image closing this film won’t be forgotten by me for a while.

Corpus Christi handles its themes provocatively and intelligently.  Secret is layered upon secret:  Daniel’s real identity, the truth of the town’s tragedy, the supposed virtue of the outwardly righteous.  The film’s never-comfortable musical score of scrapes and drones heightens its disquieting ruminations.  (With their compositions for Corpus Christi, and last year’s By the Grace of God and Beanpole, the brothers Evgueni and Sacha Galperine are building an impressive CV of unsettling music for unsettling films.)

In some ways, I suspect the film’s themes will resonate more forcefully for Christian believers.  When the otherwise noble Father Tomasz tells Daniel that Polish seminaries don’t accept convict applicants, one will rightly ask whether the Church truly believes in forgiveness and new starts.  The lovely yet ironic singing of Psalm 23 by Daniel – first as prisoner, later as priest – interrogates Polish society over the existence of still waters and green pastures for kids like him.  And the sacredness supposedly residing in the everyday is belied by the town’s death grip on grudges and predilection for comfortable fictions.

Yet I think non-believers can find plenty to admire and ponder here as well.  The devout don’t hold the monopoly on hypocrisy, denial, and resentment, after all.

(Corpus Christi can be streamed through the Film Movement Plus website.  Even better, support an arthouse cinema, and purchase it through a website like this one.) 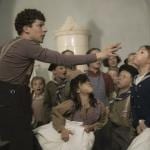 March 29, 2020 “The Platform”: A Tough-to-Watch Allegory of Social Inequality, in the Vein of Terry Gilliam
Recent Comments
0 | Leave a Comment
Browse Our Archives
get the latest from
Secular Cinephile
Sign up for our newsletter
POPULAR AT PATHEOS Nonreligious
1 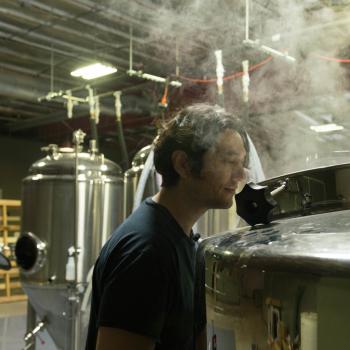