“A Thousand Cuts”: Courage, Corruption, and a Cautionary Tale from the Philippines

“A Thousand Cuts”: Courage, Corruption, and a Cautionary Tale from the Philippines August 16, 2020 Andrew Spitznas

For me at least, the best route to learning about history or current events is biography.  Happenings and policies embodied in flesh and bone enable the lessons to stick far better than dry recitations of facts and dates.

Cinematically, this can involve capturing the lives of ordinary citizens: a Congolese charcoal vendor in Makala, Syrian doctors in The Cave.  Other times, it’s the marquee-heading history makers, as in John Lewis: Good Trouble and Meeting Gorbachev.

A Thousand Cuts, an excellent hot-off-the-presses documentary by Filipina-American director Ramona S. Diaz, mixes both tactics, following the famous and the obscure to help us comprehend the past five years of Filipino history.  We meet Bato dela Rosa, the executor of President Duterte’s notorious anti-drug policy, and Maria Ressa, the leading critical journalistic voice in the Philippines today.  At the same time, we watch beat reporters on the job and an opposition candidate swimming against the tide of authoritarianism.

For a film that covers a lot of happenings and individuals, we never lose our way under Diaz’s sure guidance.  A Thousand Cuts begins with Duterte’s ascent to power in 2015 and concludes with a June 2020 coda.  Diaz uses the time-honored documentary technique of mixing interviews, news footage, and most prevalently, fly-on-the-wall observation to tell her story.  And apt for the country whose citizens spend more hours online than any other nation, Diaz adds plenty of imagery taken from social media platforms.

President Duterte’s calling card of infamy, his murderous “war on drugs,” is shown painfully.  Under his policy of extra-judicial killing of addicts and low-level dealers, an estimated 20,000 Filipinos have been murdered, with an average of 8 new corpses turning up nightly on the streets of Manila alone.  Maria Ressa states, and Diaz depicts, that this has panned out as a war on the poor, as drug lords skate through unpunished.  (In this context, it’s grandly ironic that Duterte publicly boasts of drinking too much; as in America, some types of addiction get a pass.)

However, most of A Thousand Cuts focuses on the erosion of the free press and the concurrent run-up to the 2019 elections.  Ressa gets the bulk of the screen time in Diaz’s film, which she earns through her eloquence, brilliance, magnetism, and courage.  A CNN bureau chief for almost two decades, Ressa co-founded the online new site Rappler in 2012 and now serves as its editor-in-chief.  For its critical coverage of Duterte and his thuggish ways, the President has made Rappler a frequent target of his wrath, calling it fake news, alleging foreign ownership, and for good measure, slapping multiple criminal charges on Ressa and Rappler.

Diaz folds this story neatly into the campaigns of 2018-9, as one of the main candidates she follows is a dancer turned blogger named Mocha Uson.  A fervent Duterte apologist, Uson doesn’t hesitate to smear Ressa at every turn, her influence enough for Ressa to average 80 hate messages per hour.  The regular threats of murder and rape have led to a security detail for Ressa and the occasional donning of a bulletproof vest, through which she stays astonishingly unfazed.

Ressa was one of the first journalists to sound the alarm over the pernicious political effects of social media, documenting how 26 fake accounts can influence three million people.  She also points out the bidirectional influence between the Global South and western democracies.  For instance, Cambridge Analytica gave their election-influencing tactics a test run in the Philippines before deploying them in the US.

Though born in Manila, Ressa spent much of her youth in New Jersey, such that she has dual citizenship.  This affords her the right to proclaim events in the Philippines as a cautionary tale for the US.  So many of the events depicted here are agonizingly familiar:  the weaponization of the Department of Justice by a strongman, a rubber-stamp Senate doing the Chief Executive’s bidding, cries for law and order that harm a nation’s most vulnerable citizens, nonstop gaslighting through false yet popular narratives, a “social media President” calling down wrath on a free press.

The personal parallels between Duterte and Trump are equally uncanny.  Both are nepotism pros, with Duterte’s children riding on his coattails to political power, as their family wealth has expanded six-fold in a decade’s time.  Both are misogynists, with Duterte publicly calling Ressa a “bitch” and joking about rape.  Both relish their vulgar, self-congratulatory rallies and threaten their opponents with physical harm.

The ascent of these two tyrants, both democratically elected, makes me question whether the people of my country or the Philippines possess the critical faculties, love of liberty, and willpower deserving of a constitutional republic.  Benjamin Franklin, as he left the Constitutional Convention in 1787, famously said that the American people now had “a republic, if you can keep it.”  The Philippines has lost theirs; the jury’s out as to whether the United States will keep ours.

(You can rent A Thousand Cuts for home viewing here.) 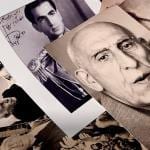 August 22, 2020 Iranian-US History Double Feature: “Coup 53” and “Desert One”
Recent Comments
0 | Leave a Comment
Browse Our Archives
get the latest from
Nonreligious
Sign up for our newsletter
POPULAR AT PATHEOS Nonreligious
1

“First Moments in Heaven” — When...
Godzooks: The Faith in Facts Blog
Related posts from Secular Cinephile