In a nifty coincidence, a pair of documentaries just became available on streaming platforms that together serve as an excellent primer on Iranian-American relations through the 20th Century.  Both are worth your time, but surprisingly, the one from the (slightly) less seasoned director is the superior film.

And that would be Coup 53, from Iranian-born Taghi Amirani.  He’s hardly a novice, working behind the camera since at least 1984.  However, he lacks the name recognition of Barbara Kopple, director of Desert One, who won the first of her two Oscars for her 1976 debut, Harlan County U.S.A.

But Coup 53 is far more personal, adventurous, and stylistically audacious.  Near its beginning, Amirani informs us that he grew up under Shah’s murderous dictatorship, so the subject of his film – the overthrow of Prime Minister Mosaddegh, his country’s greatest hope for a secular democracy – is a story that “changed my fate.”

It’s been acknowledged for decades that the US was behind the 1953 coup that dislodged Mossadegh and cemented the Shah’s power.  However, the UK has continued to officially deny MI6’s involvement.  Coup 53 follows Amirani in his years-long odyssey to decisively refute this lie.

Amirani is an exuberant tour guide, as his sleuthing takes him to the National Security Archive in D.C., a musty Parisian basement, a Berlin beer garden, and the vaults of the British Film Institute.  It’s a joy to observe him as he pulls back the curtain both on the nuts and bolts of his detective work and his filmmaking process.  Promising sources are interviewed in his editing room, where we meet his editor and cowriter Walter Murch, the color-coded sticky notes of their film’s evolving chronology on the wall behind him.

Amirani ultimately finds his smoking gun in the script of a 1985 British docuseries, particularly its edited-out testimony from Norman Derbyshire, erstwhile head of MI6’s Iran station.  When this footage stays missing, the director devises an ingenious, even hilarious, way to recreate it that I won’t spoil here.

Coup 53 also shows flair in depicting historical sequences on the ground in Iran.  Instead of the blocky, low-budget 2D animation typical to documentaries, here it’s done in the style of oil paintings brought to life.

Across its runtime, Coup 53 tells a sadly familiar story of big business imperialism snuffing out hopes and lives in faraway countries.  Mossadegh’s troubles started when he had the gall to nationalize Iran’s oil industry, putting an end to British exploitation.

On the US side, President Truman resisted the CIA’s urgings to overthrow Mossadegh.  But with the election of Eisenhower and his installment of the Dulles brothers – a pair of corporate lawyers – as heads of the CIA and the State Department, the coup was on again.  Amirani persuasively argues that the CIA’s “success” in Iran emboldened subsequent US meddling with democracies we didn’t care for, in locales like Guatemala and Chile, not to mention our debacles in Vietnam and Iraq.  Just as harmfully, Iran became our template for favoring regional strongmen over homegrown democracies, as a means of keeping our oil access safely in place.

Mossadegh’s former bodyguard contends that the Iranian grievances of 1953 became the Islamic revolution of 1979, a larger focus in Desert One.  Though primarily about the failed rescue attempt of the 52 American hostages in 1980, Kopple’s film also opens in the 1950s.  This allows her to illustrate why our country enriched and enabled the despotic Shah, since he permitted US military bases near his country’s northeastern border with the USSR.

Every president from Truman through Carter met with the Shah, making visible their support for him.  In a mélange of words and images that haven’t aged well, Coup 53 shows Carter lauding the Shah’s Iran as an “island of stability” in the Middle East, while Desert One has cameramen coughing through a public photo op with the two men in D.C., after tear gas wafted over from an earlier dispersal of protesters.

Desert One incorporates bucket loads of interviews – with Iranian officials and one-time revolutionaries, former hostages and Special Ops soldiers, all the way up to Mondale and Carter – to narrate the Islamic Revolution, the 444 day hostage ordeal, the rescue attempt, and their aftermaths.  Kopple’s style is much more documentary-by-numbers, with its alternation of talking heads, news footage, and uninspired animation.  Its formulaic nature makes her film feel longer than Coup 53, despite a shorter run time.  The blandly militaristic music doesn’t help, either.

Nonetheless, the courage and ultimate sacrifice of eight US soldiers portrayed here brought me to the verge of tears, even as graphic scenes of their deaths appalled me with their tasteless excess.  Sadly, their mission retrospectively seems like it was doomed to fail:  one officer laments the lack of a full rehearsal ahead of time, another legitimately complains of “too many moving parts.”

As in Coup 53, we’re shown how the person in charge matters greatly.  President Carter comes across as well-intentioned if unlucky, while a hostage and a rescuer separately express their conviction that Reagan stalled the hostage release to boost his election chances.  (Patheos Nonreligious’ blogger in Iran, Kaveh Mousavi, informed me that the evidence available in his country makes this irrefutable.)

With our Election Day fast approaching, let’s remember this point.  The multilateral nuclear deal with Iran – forged during the Obama administration, ruined by Trump – made the world safer as it improved the lives of Iranian citizens.  Likewise, the mouthiest nationalist tends to be the worst for Americans overseas, whether Reagan with the hostages, Bush in Iraq, or Trump with his silence over Russian bounties on US soldiers.

(You can find links to watch Coup 53 here, Desert One here.) 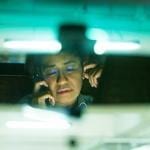 August 16, 2020
“A Thousand Cuts”: Courage, Corruption, and a Cautionary Tale from the Philippines
Next Post 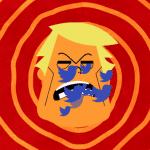 August 23, 2020 “Unfit”: Trump’s Psychopathology, Why It Matters, and What We Should Do About It
Recent Comments
0 | Leave a Comment
"I don’t think that applies in this case. Public ownership and private ownership of the ..."
Carstonio “The Big Scary S Word”: Socialism ..."
"I think "socialism," like "democracy," can have different meanings, flavors, or degrees. The latter word ..."
Raging Bee “The Big Scary S Word”: Socialism ..."
"The "end" was Bundy's claim in that interview that his murderous career resulted from an ..."
wannabe “No Man of God”: An Audacious ..."
"I’m anti-label on many issues as a matter of principle. Most people’s positions on issues ..."
Carstonio “The Big Scary S Word”: Socialism ..."
Browse Our Archives
get the latest updates from
Secular Cinephile
and the Patheos
Nonreligious
Channel
POPULAR AT PATHEOS Nonreligious
1