Don’t Let the Alarmists Deter You From Watching “Cuties”

Let’s get the controversy out of the way, so we can actually discuss this fine film.  Conservative commentators and Pizzagate zealots are shrieking the alarm (and sending death threats) over Cuties, the debut feature from French-Senegalese director Maïmouna Doucouré.  To be “fair and balanced,” there are a few voices seemingly raised in good faith, but they’re a whisper next to the high-decibel outrage of QAnon conspiracy theorists, Ted Cruz, NRA spokeswoman Dana Loesch, and Alex Jones.

The allegation?  That this Sundance award winner by a female director is exploiting minors and eroticizing pre-teens.  Well, surprise, surprise, the Sean Hannity crowd doesn’t do nuance, since this affecting film is in truth a thoughtful exploration of the myriad cultural pressures on girls to grow up prematurely.  Is it uncomfortable to watch a quartet of 11-year-olds mimic sex acts in their dancing?  Of course it is; it’s supposed to be.  But Cuties is as far away from glorifying this behavior as The Nightingale is from celebrating rape.  Yes, the context-free Netflix poster was a dumb PR move, but let’s not allow a poor ad campaign poison our appreciation of an excellent film.

In the film itself – and I wonder how many of its disparagers have watched it? – the main protagonist Amy has just relocated with her mother and younger sibs from Senegal to the Parisian suburbs.  On edge from the cultural shift, her stress is heightened on hearing that her father is taking a second wife, and all of them will be living together in the same housing project apartment.

Meanwhile, on her first day at her new school, Amy’s attention is grabbed by a raucous group of girls calling themselves the Cuties.  A stark contrast to the timid, submissive women at her mosque, the Cuties are at the center of a flash mob event in the school courtyard.  Her curiosity piqued, Amy later spies on them as they practice their reggaeton dance moves.

In a superb, quietly expressive debut from Fathia Youssouf, Amy is meek and all eyes, as she absorbs the world around her.  Drawn to brightness and color, she pilfers a glittery bracelet left behind at her mosque.  So different from the head scarves and full length dresses of her homeland, she’s fascinated by the form-clinging and midriff-exposing attire of the Cuties.  The group’s ringleader, Angelica (Medina El Aidi), lives in the same building as Amy, and the two quickly take to each other, while the other Cuties cruelly disparage her thrift shop attire and naïveté.

Though not flawless – there are a couple of implausible minor plot turns – Doucouré’s film is stuffed with details that bring Amy’s milieu vividly to life.  In a touch I have to think was drawn from the writer/director’s own childhood, Angelica applies a mix of laundry soap and spit to a cut on Amy’s forehead.  Later, the two of them braid their hair into a single strand between them, as they loaf in Amy’s bedroom.

Likewise, I loved the inventiveness of Doucouré and her cinematographer Yann Maritaud in framing their scenes.  Amy learns of her father’s infidelity while hiding under her mother’s bed, with alternating shots between her mother’s restless feet and Amy’s silent, teary reaction.  In another scene of Amy and Angelica, they relax side by side in the cavernous basin of a laundry drier in their apartment’s basement.

I also appreciate the matter-of-fact presentation of the ethnic bouillabaisse that makes up Paris’ suburbs.  And Doucouré refreshingly didn’t cast stunning beauties for her film:  one of the Cuties has acne, another is plus-sized, and Amy’s mother has the sturdy physique of one who actually has borne multiple children.

Cuties melds two familiar cinematic tropes, of generational culture clash and kids banding together to win a contest, yet resolves neither of these predictably.  In fact, whether the girls win or lose the regional dance competition is secondary to the film’s portrayal of the on-again, off-again nature of tween friendships.

It’s secondary as well to Cuties’ intelligent consideration of the subject that’s spurred so much froth and wind from conservative clickbaiters.  In dressing and dancing in ways inappropriate for their age, the Cuties are emulating older peers, in response to their newfound sexual curiosity and social media pressure.  Yet, in Doucouré’s thoughtful screenplay, these are just some of the forces felt by Amy to move prematurely from girlhood to womanhood.  Her depressed mother distractedly proclaims “now, you’re a woman,” when Amy has her first period.  An auntie from the mosque tells Amy she’s becoming a woman by preparing the wedding feast for her father’s second marriage, since submission to men is the only means to escape the fires of hell.

Doucouré has the courage to say that budding breasts, menarche, and religious and cultural dictates shouldn’t push girls into adulthood.  Let girls be girls for as long as it feels authentic to them.  Now that’s truly provocative and worthy of discussion.

(Cuties is available to stream on Netflix.) 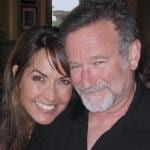 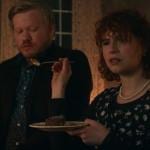 September 13, 2020 I Thought of Ending This Movie Prematurely
Recent Comments
0 | Leave a Comment
"Anything should be up for debate. And please don't interpret that as you should be ..."
Heyouget Intomycar Don’t Be a Dawkins: Five Films ..."
"They're not using their fame to hate on trans people, that's a ridiculous accusation. Stop ..."
Heyouget Intomycar Don’t Be a Dawkins: Five Films ..."
"You need to include translations with your postings. How does one be a "genuine" or ..."
UnderTheHedgeWeGo Buh-bye, Bible Belt
"Then you should strive to be a genuine human not some fake.You fool no one."
sneaker2015 Buh-bye, Bible Belt
Browse Our Archives
get the latest from
Secular Cinephile
Sign up for our newsletter
POPULAR AT PATHEOS Nonreligious
1