It’s an excellent sign when a film improves on a second viewing, which was certainly the case with Guatemalan director Jayro Bustamante’s third feature, La Llorona.  On first watching it, I felt the gut punch of his truth-telling about the genocide of his country’s indigenous people in the latter half of the 20th Century.  Yesterday, I felt that again, but this time I was profoundly impressed by the art of Bustamante’s storytelling.

Among his small ensemble, there’s not an acting misstep.  The slow-burn buildup of horror is perfectly calibrated.  The sound design – the nocturnal weeping heard only by the master of the house, the nonstop protests heard at a remove inside the former dictator’s home – is splendid.

Visually, I would not be surprised to learn that Bustamante and his DP studied the films of Kurosawa, to emulate the sensei’s genius in framing shots.  Take a crucial courtroom scene:  a testifying survivor is placed front and center, expertly balanced by the audience flanking her sides, indigenous people on the left, supporters of the accused ex-dictator on the right.  Or a nocturnal scene at the ruler’s home:  three generations of women (wife, daughter, granddaughter) are huddled asymmetrically on a staircase, with total darkness beyond the bannisters.

Bustamante savvily chose the horror genre as a means of drawing in Guatemalan audiences to watch a film on a topic they normally avoid.  In so doing, he repurposed the Meso-American folktale of la llorona, “the weeping woman,” to political ends.  The paterfamilias of his story, Enrique Monteverde, is closely patterned on General Efraín Ríos Montt, the US-backed dictator who spearheaded the genocide in the 1980s.  As La Llorona opens, his household is attempting to marshal spiritual and worldly forces for the final stages of his trial for the genocide of countless Mayans.  As the general (Julio Diaz) consults with his legal team, in the next room his wife Carmen (Margarita Kenéfic) is holding a prayer meeting, unironically beseeching the Christian God to “fill us, see through us.”  Meanwhile, their indigenous servant Valeriana (María Telón), lights candles and prays to the spirits, for “all evil to leave this place.”

Curiously enough, those prayers will be answered, just not in the way anyone intended.  Carmen chides her adult daughter Natalia (Sabrina De La Hoz) for giving any credence to the testimony, charging that the indigenous women at the trial were prostitutes compensated for their perjury.  When a nighttime visit by the weeping woman causes the rest of the indigenous servants to quit, Valeriana chastises them for their disloyalty.

These sudden vacancies prompt Valeriana to send out a call to her home village for new servants.  Only one person responds, a young woman named Alma (María Mercedes Coroy).  The new maid is nearly wordless and expressionless, unless playing with the general’s granddaughter.  With Alma’s arrival, both the nighttime hauntings and the protests outside intensify.

As you’ve probably guessed, much of the film’s suspense revolves around the question of whether Alma is an ordinary maid or a supernatural visitor.  This plot point is resolved in a powerful climax, then carried through into a satisfying denouement.

To ensure that his story honored the suffering and resilience of his country’s indigenous people, Bustamante enlisted many as consultants, including Nobel Peace Prize winner Rigoberta Menchú, who has a wordless cameo in one scene.  Lending further authenticity, his characters speak a pair of Mayan languages when the scenes call for it.

Viewers of Bustamante’s first film, Ixcanul, may recall how it was a groundbreaker in Guatemalan society, due to its lines of Maya Kaqchikel dialogue.  Such was its reception that Ms. Coroy, the lead actress there as well as in La Llorona, was the first Mayan woman featured on the cover of a Guatemalan fashion mag.

La Llorona has garnered significant notice worldwide, winning Best Film at the 2019 Venice Film Festival and making the final list of nominees for Best Foreign Film in one of the two critics’ groups in which I vote each year.  I hope and expect it’ll make the cut for Oscar later this year.  Artistry and an activist’s heart don’t always go hand in hand, but in this case they fit well-nigh perfectly.

(La Llorona is available to stream on Shudder.) 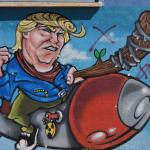 January 8, 2021
Our Seditionist-in-Chief Is Also a Psychopath; He Must Go Now
Next Post

January 16, 2021 Movies You Might Have Missed in 2020: “Buoyancy”
Recent Comments
0 | Leave a Comment
"Oooh, didn't know The Dry had been made into a movie. I'll need to track ..."
Kevin R. Cross “Riders of Justice” and “The Dry”: ..."
"Hey, it’s only wrong to take Fentanyl and opioids (if you’re a POC, anyway), not ..."
Mojohand “The Crime of the Century”: Big ..."
"Thanks for the write up, Andrew. This one is on my watchlist and I hope ..."
Mojohand “The Crime of the Century”: Big ..."
"Interesting article and it must have felt oppressive to live in such an environment. Hopefully, ..."
Mysirius Buh-bye, Bible Belt
Browse Our Archives
get the latest from
Secular Cinephile
Sign up for our newsletter
POPULAR AT PATHEOS Nonreligious
1 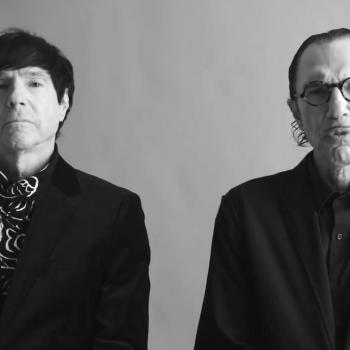 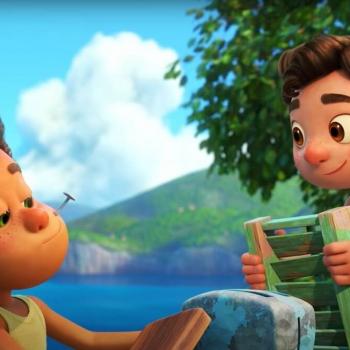 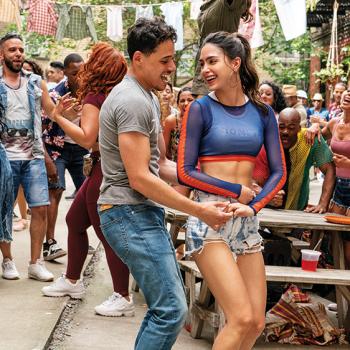