“Moffie”: The Price of Gayness in Apartheid-Era South Africa

I know plenty of readers don’t check a review until they’ve watched the film in question, but in the case of Moffie, it might be helpful to read up beforehand.

Let’s start with the title, deliberately carried over from the source novel by director Oliver Hermanus.  Translated in the subtitles as “faggot,” it bears even stronger derogatory connotations in South Africa, of pedophilia, of atheism.

Then there’s “Ward 22,” a punishment threatened for our closeted teen protagonist Nick (Kai Luke Brummer, in a subdued yet confident performance).  As in the US in the early 1980s, homosexuality was considered a psychological disorder in South Africa.  Military recruits caught in the act were in danger of being sent to this infamous inpatient unit, where “treatments” included torture by electrocution and forcible gender reassignment surgery.

Lastly, there’s the Border War for which Nick is being prepared.  Running from 1966 to 1990, it culminated in Namibian independence.  A crucial part of White South African identity, it conveniently lumped together fear of Communism with the alleged menace of the surrounding Black majority.  To judge from the Border War’s depiction in Moffie, it was as pointless and cruel as the American War in Vietnam.

Hermanus’ film opens on the eve of Nick’s departure for the military:  like all 16-year-old White males at the time, such service was compulsory.  The sadistic dehumanization starts before the conscripts reach the base, with verbal abuse and barely livable conditions on the train taking them there.  But Nick meets the first close friend he’ll make during training on the ride, an even more nervous Michael (Matthew Vey).  Each will cling to the other, like a drowning person to a life preserver.

Nick’s second friend will be Dylan (Ryan de Villiers).  The camera’s attention to our protagonist’s lingering gaze makes clear the physical attraction in their relationship, not present between Nick and Michael.

The brutality of basic training – its relentless tongue-lashing giving way to physical attacks – will be familiar to watchers of military films like Full Metal Jacket.  (So, too, will the homoerotic nature of a beach volleyball game, to viewers of Top Gun.)  Some things must be universal in military indoctrination.

What is interesting for an American viewer like me, and what must’ve drawn in the gay mixed-race director of Moffie, is how the steady stream of abuse makes interchangeable the “vices” of homosexuality, godlessness, and sympathy for Black people.  The drill sergeant throws in toxic masculinity for good measure, telling his charges they’re protecting their women and children, just as the chaplain links Christianity with South African Whiteness.

The multi-part division of this film is also reminiscent of Full Metal Jacket, with its second-half shift to combat.  However, the fighting sequences are briefer and less visceral than in Kubrick’s film.  It speaks to Hermanus’ skill as a director that the scenes where Nick and Dylan tentatively express physical affection are far tenser than the later battle sequences.  Knowing the violent consequences if the pair is discovered made these segments nearly unbearable to watch.

Moffie’s cinematographer, Jamie Ramsay, does beautiful work here.  Scenes are splendidly framed, the rich browns and greens almost as saturated as iconic photos from the War in Vietnam.  These choices permit an apt contrast between the era’s casually sinister deeds, and the beauty of the bodies and geography being filmed.

I’m not sure, however, that the musical choices fully succeed.  I’m on board with the spare, jangling chamber music that opens Moffie, before Hermanus turns off the score completely for much of basic training.  Some of the later operatic music and 70s-era tunes felt jarring and distracting from the onscreen drama, however.

My feelings are similarly conflicted about the overall tone of Hermanus’ film.  The subdued emotions fit Nick’s repressed sexuality, sadly necessary for survival in his milieu.  The downside is a diminished immediacy to the film’s impact.  This question is unsettled for me:  I may find that Moffie will leave a more lasting imprint for all of its subtlety.  This is one of those works that impresses me more, the longer I analyze and sit with it.

(Moffie will be available for home viewing on April 9th.) 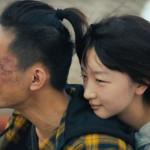 April 9, 2021 “Slalom” and the Slippery Slope of Abuse
Recent Comments
0 | Leave a Comment
"Interesting article and it must have felt oppressive to live in such an environment. Hopefully, ..."
Mysirius Buh-bye, Bible Belt
"Why did it take you so long to realise that the theology of the RCC ..."
enoch arden Buh-bye, Bible Belt
"It certainly isn’t wrong to live near people you like. It would be wrong to ..."
Silverwolf13 Buh-bye, Bible Belt
"I'd never heard PA described that way, but having lived in Philly and having former ..."
Andrew Spitznas Buh-bye, Bible Belt
Browse Our Archives
get the latest from
Secular Cinephile
Sign up for our newsletter
POPULAR AT PATHEOS Nonreligious
1