“The Disciple” Is a Wonder-Filled Dive into Indian Classical Music

“The Disciple” Is a Wonder-Filled Dive into Indian Classical Music May 2, 2021 Andrew Spitznas

In my college dorm, a hallmate had a memorable sticker on his door: “In search of the eternal buzz.”  While I’m pretty sure he had mood-altering substances in mind, I’m on a similar quest as a film critic.  I want something distinctive, something that gives me a dopamine rush of wonder.

So far this year, The Disciple has suffused my neurons with its most exquisite buzz.  It displaced me to a locale I’d never been, the headspace of a North Indian raga singer.  Just as importantly, it’s stylistically brilliant, in a fashion that serves its story fantastically.

Let me give you a few examples of this style:

The Disciple is only its 34-year-old writer/director’s second feature, but Chaitanya Tamhane shows such incredible talent and confidence.  It’s no wonder his film won big on last year’s COVID-curtailed festival circuit.

From interviews with Tamhane, I gather that all of his actors are musicians first, actors second, thus ensuring that the filmed performances and lessons were fully authentic.  The director even populated his concert scenes with raga admirers, which no doubt enhanced the realistic atmosphere of those sequences, too.

It’s fascinating to observe Sharad’s training, a process more psychological than technical.  His education involves hours of vocal practice and regular yoga sessions.  Sharad (Aditya Modak) not only receives musical guidance from his guru Vinayak (Arun Dravid), but intimately observes how his mentor lives.  Sharad sits in on his doctor’s appointments, rubs ointment into his arthritic limbs.

Sharad’s formation unfolds in a manner that feels genuine, across three time periods separated by fades to black.  His unsettled, impetuous mind causes him to get stuck in empty repetition during improvisatory sections (for which his teacher chastises him mid-concert).  In one charming piece of dialogue, Vinayak tells of a maestro who felt a particular raga was angry with him, so he had to perform it again and again for two months until they finally reconciled.

Besides his guru, the other crucial influence for Sharad was his father, a talented but ultimately frustrated musician himself.  We observe their interactions in a couple of delightful flashbacks.  Unfortunately, this narrative thread gets dropped in the second half of The Disciple.

But this loose end is my lone criticism of Tamhane’s film.  So far in 2021, this is the work I’m most excited to revisit – to rekindle that buzz – as I’m sure it will become more rewarding with subsequent viewings.

(The Disciple is available for viewing on Netflix.) 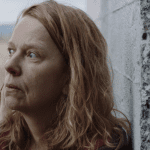 May 9, 2021 “The Crime of the Century”: Big Pharma as the Killer of 500,000 Americans
Recent Comments
0 | Leave a Comment
"Interesting article and it must have felt oppressive to live in such an environment. Hopefully, ..."
Mysirius Buh-bye, Bible Belt
"Why did it take you so long to realise that the theology of the RCC ..."
enoch arden Buh-bye, Bible Belt
"It certainly isn’t wrong to live near people you like. It would be wrong to ..."
Silverwolf13 Buh-bye, Bible Belt
"I'd never heard PA described that way, but having lived in Philly and having former ..."
Andrew Spitznas Buh-bye, Bible Belt
Browse Our Archives
get the latest from
Secular Cinephile
Sign up for our newsletter
POPULAR AT PATHEOS Nonreligious
1