“Black Widow” Poisons Itself with Unoriginality and Squandered Talent

I actually wanted to like this film, primarily on the strength of its cast.  Florence Pugh proved with Midsommar and Little Women that she’s someone to watch.  Rachel Weisz has enviable discernment, selecting smart roles in excellent films (The Constant Gardener, Agora, The Favourite, to name but three).

But wow, Black Widow is a stinker through and through.  The leads – who also include Scarlett Johansson and David Harbour – have zero chemistry; their supposedly witty banter is flatter than roadkill.  An example of the atrocious dialogue:  Harbour, who was once supposed to be the Soviet Union’s answer to Captain America, laments that he “wanted the [Communist] Party to feel like a party.”  Now that’s geopolitical analysis!

In none of the action sequences did I feel anything was at stake.  There’s no suspense, but plenty of wobbly camera movement and purposeless changes to camera angles, with some Matrix-y slo-mo thrown in for the hell of it.  Structural collapses and explosions conveniently occur to unite or separate fighting foes.  Black Widow laughably performs some impromptu neurosurgery.  The music is generically pulse-pumping:  lots of percussion here, a wordless chorus there.

The story, such as it is, lacks even a pinch of originality.  There’s a Soviet family masquerading as lovers of apple pie and Chevrolet, à la The Americans.  The locale for the final showdown is Miyazaki’s Castle in the Sky, brought to CGI life.  The bad guy bloviates exposition like a Bond villain with 007 snared in his lair.  His main henchman is a Skeletor knockoff (always a bad sign when you’re cribbing from Masters of the Universe).

Black Widow makes a stab at relevance, with a plot referencing human trafficking and the global exploitation of women.  But with a film this lame, these issues feel trivialized.  Similarly, its writers try some metacommentary, with lines like “is this where you talk about your haunted past?” or “here comes the inspiring speech.”  But this dialogue falls short of interrogating the comic book genre, missing even a fraction of Deadpool’s snarkiness.

As a critic, I have to ask, how is a film so obviously dreadful standing at 80% fresh on Rotten Tomatoes?  A hypothesis emerges when I add Black Widow’s reception to that of a movie released last week, Zola (87%).  I suspect my peers are unwilling to lambast films directed by women, for fear of being labeled misogynistic.

On the one hand, I get it.  As a white male, I go out of my way to view and celebrate films directed by women and members of BIPOC communities.  In this context, I can proudly stand by my Best of the Year lists.

But in amplifying marginalized artistic voices, we can’t jettison our critical faculties.  And while picking apart Black Widow’s flaws feels as meaningful as dissecting cotton candy, Zola is more pernicious in its awfulness.  This film, about a stripper road trip gone awry, shares its unfunniness and aimless camera technique with Black Widow.  (Zola’s overhead shot of its protagonist’s bare ass as she’s pissing in a public toilet?  Now that’s cinematography!)

Far worse than its crap style and too-clever tone, Zola punches down at the demographic it’s portraying.  It’s misanthropic, condescending, exploitative, and flat-out mean.  To praise movies like Black Widow and particularly Zola strikes me as dereliction of duty. 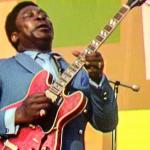 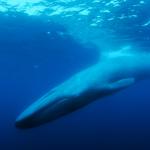 July 11, 2021 “The Loneliest Whale: The Search for 52” Skillfully Blends Science and Suspense
Recent Comments
0 | Leave a Comment
"I don’t think that applies in this case. Public ownership and private ownership of the ..."
Carstonio “The Big Scary S Word”: Socialism ..."
"I think "socialism," like "democracy," can have different meanings, flavors, or degrees. The latter word ..."
Raging Bee “The Big Scary S Word”: Socialism ..."
"The "end" was Bundy's claim in that interview that his murderous career resulted from an ..."
wannabe “No Man of God”: An Audacious ..."
"I’m anti-label on many issues as a matter of principle. Most people’s positions on issues ..."
Carstonio “The Big Scary S Word”: Socialism ..."
Browse Our Archives
get the latest updates from
Secular Cinephile
and the Patheos
Nonreligious
Channel
POPULAR AT PATHEOS Nonreligious
1