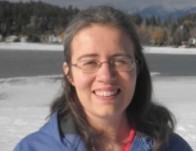 Rebecca Florence Miller, an Evangelical Christian and a fellow Patheos blogger, recently stood up for atheists in a big way on her blog. Here are some notable excerpts:

I came away from this conversation challenged that I need to do more to stand up for the rights of atheists (and those of other religions) here in the United States. Not because I agree with them on God and theology, but because they are human beings who deserve respect. Because when we stand up for someone else’s rights, we are appropriately loving our neighbor and treating them as we would want to be treated.

Miller rightly calls out the failure of some Christians to call out fellow Christians who make death threats against atheist activists:

And why do we make atheists and those of other religions actually afraid for their lives when they ask for the same freedoms we want for ourselves and our families? I am told that the joke in the atheist community when they challenge our bastions of Christian political power and privilege is, “Cue the death threats.” Now, I understand that most Christians would not make death threats against atheists, but do we enable those who do by failing to call them out? Do we contribute to a hostile, snide, unloving atmosphere of discourse in our country when we tell them their issues with us are merely their perception of Christians rather than acknowledging that we have some serious problems in our community? Do we value those loud, obnoxious voices who are more interested in “sticking it to” somebody they disagree with than treating them with love and respect (I’m looking at you, Matt Walsh, Sarah Palin, Ann Coulter)? Are we willing to listen and learn?

She even defends the rights of atheist children not to have to say the words “under God” when reciting the Pledge of Allegiance:

For example, why is it necessary that children in a secular school pledge allegiance to “one nation, under God”? Why is it necessary that schoolchildren have a time of prayer led by the teacher? If we would be willing to listen to the concerns of non-theists and those of other religions about such matters, perhaps we would find that such practices are not necessary after all and that they hinder freedom of religion for everyone–ourselves included. Perhaps we would have to acknowledge that atheists are actually persecuted in this country. (boldface mine)

Miller is to be commended for making such a bold statement in support of the rights of atheists. Please go to her site and leave her a comment expressing thanks for her article.

In addition, her article serves as a useful reminder that all of us, regardless of what beliefs we hold or lack, should speak out in defense of the rights of others, especially those with who disagree. Along those lines, I cannot think of no better way to return the favor than for atheist activists to stand up for the rights of Christians. While the idea of Christian persecution in the United States is mostly a joke, it is very real outside of the West. If you have a blog or are active on social media, please consider doing that as well.

Her blog can be found here; you can subscribe to her blog in your RSS reader by using this link.

Thanks to Dale McGowan for the link!

November 5, 2014
GOP Creationist Believes in Evolution Within Phyla
Next Post

November 7, 2014 Important New (Advanced but) Must-Read Book on Ethics without God by Erik Wielenberg
Recent Comments
0 | Leave a Comment
Browse Our Archives
get the latest from
The Secular Outpost
Sign up for our newsletter
POPULAR AT PATHEOS Nonreligious
1

Nonreligious
Aquinas and Homosexual Sex - Part 1: A...
The Secular Outpost

Nonreligious
Evaluation of the Christian Answer to Worldview Question...
The Secular Outpost
TRENDING AT PATHEOS Nonreligious