If You Think Atheists Should Ridicule Theistic Beliefs, Read This

This is a paper I started writing almost ten years ago, but never finished.

Atheistic advocacy is a controversial subject, even among professed atheists. Atheists disagree over whether atheists should bother to engage in advocacy at all.[1] Furthermore, even among those atheists who believe that atheistic advocacy is valuable, they sharply disagree with one another regarding which advocacy methods are effective and which are not. In this essay, I will say nothing about the first controversy. I do, however, have quite a bit to say about the second.

Atheism as a Risk

In an important sense, atheism is a risk. More precisely, atheistic outreach (including evangelistic atheism), atheist civil rights, and even the related issue of church-state separation are risks. Regardless of how justified (or unjustified) atheists may be, that is almost completely irrelevant to the fact that atheistic outreach and atheist civil rights are risks. (I’ll say more about why in a moment.)

The disagreement over advocacy methods has at least two dimensions. First, some atheists argue that atheist advocates should always be respectful and courteous while advocating atheism,[2] whereas others believe that ridicule are justified.[3] Second, atheists disagree about the dominant approach for advocating atheism. Positions in this debate include focusing on arguments and evidence for atheism,[4] litigation,[5] community service,[6] and humor.[7]

Atheistic Advocacy Is a Form of Risk Communication

Forget about atheism for a moment and think about other types of risks: nuclear power, parole of violent convicted criminals, Ebola, global warming, autism, vaccinations, building a new railroad close to a suburban housing development, and so forth. Pick one of these or think of a different risk.

Do you have a risk in your mind? Good. Now imagine your job is to convince the general public that they should accept your risk, whatever it is. What is the best way to do that? Should you take a cognitive approach, focusing on evidence and rational argumentation, either as your primary approach or even as your only approach? What about non-cognitive approaches, such as appealing to humor, ridicule, peer pressure, or even contempt?

Let’s put aside the (important) questions of how morality  and etiquette might or should inform our answers. Instead, evaluate your options solely from a cost-benefit benefit. Which strategy is most likely to cause your audience to willingly choose to accept your risk? The question here is not whether one approach or another can change minds; probably all of them can and have changed minds. Rather, the question is, which approach is most likely to be the most effective?

Research in the relatively new academic discipline of risk communication has a lot to say about this. Peter Sandman is widely considered to be one of the top experts on risk communication in the world. Among other things, Sandman is famous for coining the expression, “Risk=Hazard + Outrage.” (This is not intended to be interpreted as a literal mathematical formula).

The basic idea is this. “Hazard” refers to the potential “bad things” which could happen, while “outrage” refers to people’s emotional response to risk. Sandman’s insight is the discovery that most people form their beliefs about risks (and make decisions based on those beliefs) based primarily on the “outrage” side of the equation, not the “hazard” component. Yet most risk managers attempt to do risk communication by focusing on the “hazard” component of risk: presenting evidence that the “bad things” are unlikely to happen or that they aren’t really that bad after all. In other words, most risk managers assume that the general public thinks about risk in the same way that risk managers think about risk.

As Sandman and others have conclusively shown, however, that’s not what happens. People may consider facts relevant to the “hazard” component of risk, but they place equal or much greater weight on the “outrage” component of risk. And Sandman has conveniently identified over twenty factors which influence how people think about risk, which he calls “outrage factors.” Furthermore, he divides those factors into two groups: his top 12 list (what he calls his “A list”) and everything else (which we’ll call the “B list”).

His “A list” may be summarized as follows. (Disclaimer: this summary may be plagiarized directly from something Sandman has written; my source file is garbled. In any case, plagiarized or not, the ideas are all Sandman’s.)

2. Natural vs. unnatural. Here “natural” refers to “nature.” For example, radon gas seeping into the basement of a house would be an example of a “natural” risk.

3. Familiar vs. exotic. People tend to downplay risks they are familiar with. On the flip side, their outrage tends to increase as the number of things they do not know about the risk increases.

4. Not memorable vs. memorable. Memorability refers to how easy it is for you to envision something going wrong. Symbolism is one potential source of memorability.

5. Not dreaded vs. dreaded. A risk is dreaded if it evokes concerns of fear and horror.[8] In general, if the effects of the risk are dreaded, this tends to increase outrage about the risk.

7. Knowable vs unknowable. Components of knowability include uncertainty, expert disagreement, and detectability. If outrage is already high, unknowability further increases the outrage. More formally, when non-Subject Matter Experts (SMEs) learn that SMEs disagree about the risk, their outrage increases. (Sandman provides the following example: “How dare they expose us to risks they don’t even understand themselves?”) If on the other hand, the outrage is low, unknowability can provide a rationalization for not taking action. (“I’ll start worrying once the experts agree on what the data means.”)

8. Individually controlled vs. controlled by others. This question is not about who decides (that’s the focus of the first component), but about who implements the risk.

9. Fair vs unfair. Are the benefits of the risk going to a different place than the risk? Is the process that led to the risk-benefit distribution fair or unfair?

11. Trustworthy sources vs. untrustworthy sources. The “source” of the risk is the person who brings you the risk, or urges you to tolerate it. Betrayal of “trust” generates enormous outrage.

12. Responsive process vs. Unresponsive process. The components of responsiveness include: openness vs. secrecy, apology vs. stonewalling, courtesy vs. discourtesy, sharing vs. confronting community values, and compassion vs dispassion.

While some of the 12 items on Sandman’s list of outrage factors are not applicable to atheism, many of the components of outrage are relevant. Voluntariness, familiarity, dread, and morality are clearly relevant to atheism. For those who were comfortable when atheists were in the closet, atheists coming out of the closet is unfamiliar, beyond their control, horrifying, and morally repugnant. (Indeed, a common worry about atheism is that it is a threat to morality itself!)

Sandman and others have done extensive research on how different risk communication strategies affect outrage (“outrage management“). As the name implies, the goal of “outrage management” is to, well, manage outrage in a helpful way. As Sandman recommends repeatedly throughout his writings, empathy is a key ingredient to any successful outrage management strategy. And while there are varying degrees of ridicule–this routine by George Carlin seems relatively harmless to a biased atheist like me–it seems to me that it’s an uphill battle to both ridicule your audience (or their beliefs) and (at the same time) try to convince them that you’re empathetic to their concerns. I’m not so sure the uphill battle is a risk worth taking.

[1] See, for example, the various articles listed on the Secular Web’s “Atheistic Outreach” page at http://www.infidels.org/library/modern/nontheism/atheism/outreach.html

[4] E.g., The Secular Web, the Council for Secular Humanism, all of the atheistic members of the editorial board of Philo.

[8] Peter Sandman, “Not in Our Backyard, Section 1” http://www.psandman.com/articles/chapman1.htm

November 21, 2014
CHRISTIANITY IS NOT GREAT is Out!
Next Post 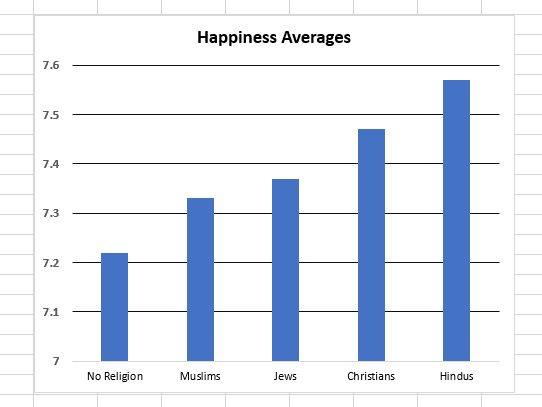 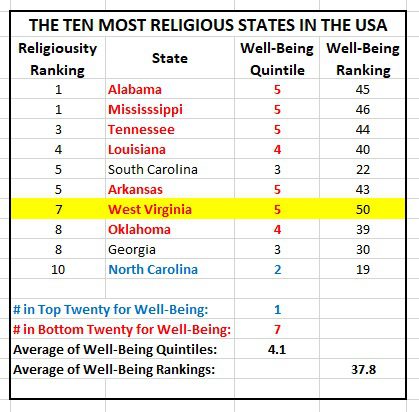 Nonreligious
Skepticism about Religion - Part 2: Caveats and...
The Secular Outpost

Nonreligious
A Case for Atheism: Skepticism about Religion -...
The Secular Outpost

Ascended Masters and a Possible Inspiration for 'This...
In this installment, we learn more about the inner workings of the...
view all Nonreligious blogs
What Are Your Thoughts?leave a comment
Copyright 2008-2020, Patheos. All rights reserved.