Rice Chemist says that we Know Nothing about Pre-biotic Chemistry

James Tour, a synthetic chemist and nanotechnologist at Rice University, recently spoke at Waterloo University in Canada and delivered a vigorous castigation of anyone who presumes to think that we know anything about abiogenesis:

This report is from Evolution News, which should more honestly be called Intelligent Design Theory News since it is an anti-evolution advocacy site. Needless to say, the IDers are delighted that a prominent chemist would say that nothing is known about the origin of life. They are delighted because they do think that they know, of course. For them, gaps are good, and the bigger the gap the more room for their designated gap-filler (you get one guess who, or maybe I should say Who).

Have his beliefs tainted his science, tilting him to a more pessimistic assessment of the state of knowledge than is justified? Do other similarly qualified experts justifiably hold that we in fact are in a far better position? It is hard for a layperson to know what to make of such pronouncements other than to point out that whatever problems science may have, Intelligent Design does not have the solutions.

June 12, 2016 Did Jesus Exist? Paul Maier's Complete Failure
Recent Comments
0 | Leave a Comment
"I am absolutely as appalled as Stohr that expressions of contempt have become the default ..."
Jim Jones Contempt: It’s Not All Bad
"The biblical account of the Conquest of Canaan is not supported by archaeology, except that ..."
Bradley Bowen Was Joshua’s Slaughter of the Canaanites ..."
"With regard to the "story" of Joshua, there is a much simpler explanation.He - like ..."
John Thunderer Was Joshua’s Slaughter of the Canaanites ..."
"Yea verily this is divinely inspired!"
Gabe Czobel The Holy Bible, King Don Version
Browse Our Archives
Follow Us! 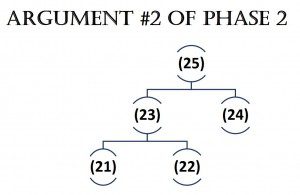 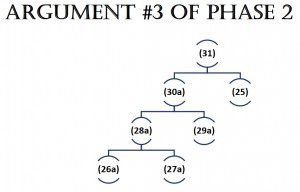