How to Use the Argument From Evil

How to Use the Argument From Evil October 19, 2016 Jason Thibodeau

The problem of evil can be used in two different ways.  It can be used offensively; that is, in an attempt to criticize and undermine theistic belief, to show that theism is false and that belief in God is unfounded. But it can also be used defensively, i.e., to show that atheism is epistemically warranted, justified, or reasonable.  Of these two distinct uses, the first is by far the most common. But I think that the almost exclusive use of the problem of evil as part of an offensive attack has obscured the value of the defensive use. Used defensively, the problem of evil can serve as the basis for additional arguments against many versions of Christianity.

Let’s start with the following observation: when atheists see their arguments as attempts to show that theism is false, this is easily translated (often at the insistence of theists) into an effort to convince theists (given their own presuppositions and values) that theism is false. And this is a very difficult task. Instead, I am suggesting that atheists can be seen as merely attempting to show that atheism is reasonable, epistemically warranted, or respectable. Such efforts can succeed even when the proffered arguments fail to convince theists that God does not exist.

Suppose, for the sake of argument, that the problem of evil (even in its strongest form) does not undermine the belief in God of a person who already possesses such belief. Let’s call someone an informed theist if she has been confronted with the problem of evil, has read and dutifully considered all of the relevant versions of the argument from evil (or at least a relevant subsection of them), but has found in all of the arguments nothing that convinces her to abandon her theism. Let’s also assume that it is possible for a person to be an informed theist without having made some error in logic or reasoning, or deliberate ignoring relevant evidence. We can call this person a fully rational and informed theist. One question we can ask is what relevance the existence of fully informed and rational theists have to the question of whether God exists. I would suggest that the answer to this question is: not much. The existence of such individuals does not provide much by way of evidence that God exists nor does it provide evidence that God does not exist.

Let’s now consider the opposite: a fully rational and informed atheist. Such a person has dutifully considered all of the relevant arguments for the existence and non-existence of God and the relevant responses to atheistic arguments (or a relevant subsection of all of these arguments), has made no errors in logic or reasoning, and has not deliberately ignored any relevant evidence. Despite this, the atheist sees no reason to abandon her atheism. What is the relevance of the existence of fully rational and informed atheists to the question of whether God exists? It seems to me that the existence of such people is very relevant to this question. If God exists, then there is a perfect being who loves every individual and, given the enormous value of a relationship with the perfect being, must want to have a relationship with every individual that is capable of having such a relationship. Given that believing in God is necessary for having such a fulfilling relationship, God must not want any person to believe that he does not exist.

In other words, the existence of fully rational and informed atheists facilitates the development of a version of the Argument from Divine Hiddenness (most famously developed by J. L. Schellenberg). Importantly, this argument can be developed in ways that specifically target Christianity (or at least particular incarnations of a Christian worldview). For example, consider the belief that salvation from eternal torment or annihilation is available only to those who believe that God exists. The existence of fully rational and informed atheists, coupled with the aforementioned belief about salvation, entails that God is willing to permit the punishment and/or annihilation of persons who have made no error in reasoning, have not willfully ignored evidence, and who have dutifully considered the relevant arguments. This seems morally problematic, to put it mildly.

Consider next the response of a person who begins as a non-theist (a person who lacks belief that God exists but does not believe that God does not exist) but who, when he dutifully considers the problem of evil (and makes no errors in logic or reasoning and does not ignore relevant evidence) concludes that God does not exist. It is important to recognize that such a response to the arguments is most likely non-voluntary. That is, we need not (and probably should not) think that such a non-theist turned atheist has chosen to believe that there is no God. Rather, the person has merely responded to the evidence in a way that is completely natural and understandable; i.e., in a manner that is relevantly analogous to the way in which a person who looks out his bedroom window to see white flakes falling from the sky reacts to this evidence by coming to believe that it is snowing.

This is an important point that deserves some elaboration. The fact that not everyone reacts with atheistic belief to atheistic arguments is hardly evidence that this is not a natural and non-voluntary reaction. If a person already has unshakable belief that God exists, she will not share such a reaction. But, in the same way, a person who is convinced that it does not snow where he lives will not respond to the scenario described above with the belief that is snowing. Such a person will respond with incredulity and skepticism and look for an explanation for the observed evidence that does not entail that it is snowing (e.g., that someone is playing a trick). And he may be right. That a person non-voluntarily responds to a set of evidence with a specific belief does not entail that this belief is correct. Of course, he may also be wrong; the manner in which he reacts to the evidence does little to help us decides whether he is right or wrong. The upshot is that the fact that not everyone will respond to the same evidence in the same way does not show that the beliefs that we form on the basis of evidence are formed in a manner that is anything other than non-voluntary.

Notice that this is true even if there is no version of the argument from evil that would undermine the theistic belief of a committed theist. And this is the main point that I want to make. It seems to me completely irrelevant whether theistic belief can survive the criticism represented by the problem of evil. Alvin Plantinga has spent much of his career showing that there are no arguments that undermine theistic belief. My question is: Why should this matter? It is not at all relevant to the question of whether God exists or whether Christianity or any other theistic religion is true. It gives us no reason to suspect that the argument from evil is not a sound argument. We can still know that God does not exist and we can still know that Christianity is false.

What does seem very relevant, for reasons that are implicit in what I have written here, is whether there are any non-theists turned fully rational and informed atheists. It strikes me that the various versions of the argument from evil show us that it is possible to be such an atheist.

October 23, 2016 Geisler's Five Ways - Part 3: Just ONE Argument
Recent Comments
0 | Leave a Comment
"I'm still waiting for evidence that the gospels are anything but pious fiction and in ..."
Jim E Jones Did Jesus Rise from the Dead? ..."
"Thomas Paine settled this issue nearly a quarter-mellinumum ago:“Is it more probable that nature should ..."
Sporkfighter Did Jesus Rise from the Dead? ..."
"Intriguing thinking on terms from a different angle. (Reminds me of your creative thinking when ..."
Daniel Wilcox Must-Read Paper on the Confusing Terminology ..."
"Two people can't share a hallucination? I've dealt with folie au deux situations several times ..."
Bob Jase Did Jesus Rise from the Dead? ..."
Browse Our Archives
get the latest from
The Secular Outpost
Sign up for our newsletter
POPULAR AT PATHEOS Nonreligious
1

The Entirely Unsurprising Sexism That Russell...
Roll to Disbelieve
Related posts from The Secular Outpost 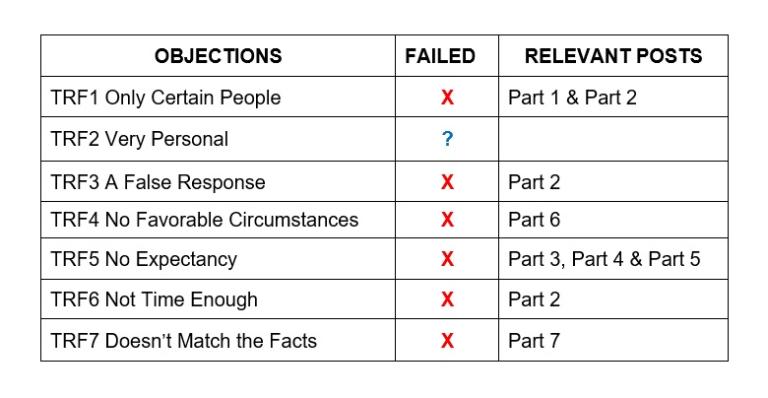