Ain’t No Flies on Elvis

Elvis Presley was born on January 8th in 1935.  If he was alive today, he would be 82 years old.  Elvis died on August 16th in 1977, but many have claimed to have seen Elvis alive since that time.  Such sightings are still being reported:

And there is even an Elvis Sighting Society, where people share and discuss such events:

But what if someone could actually PROVE that Elvis was alive today?  If this could be proven, would it be reasonable to conclude that Elvis had risen from the dead?

Before it would be reasonable to conclude that Elvis had risen from the dead, it would first need to be proven that Elvis really did die on August 16th in 1977.  The fact, if it were to become a fact, that Elvis is now alive, would be very powerful evidence that Elvis did NOT die back in 1977.  Perhaps his death was faked.  Perhaps the autopsy was faked.  Perhaps Elvis did experience clinical death for an hour or so, but was resuscitated by natural means or causes.  If Elvis was proven to be alive today, that would also be powerful evidence that rumors of his death in 1977 were greatly exaggerated.

William Lane Craig fails to understand this simple bit of logic, and as a result he makes no serious effort to provide proof that Jesus did in fact die on the cross on Good Friday.  Thus, the case for the resurrection of Jesus made by Craig is a complete failure.  Craig (mistakenly) believes that he has proven that Jesus was alive and walking around on the first Easter Sunday, but he fails to realize that if his case really did prove this to be a FACT, that his case would also provide a very powerful reason to reject the claim that Jesus rose from the dead, because this fact would cast serious doubt on the claim that Jesus died on the cross. 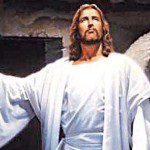 April 9, 2017
Christianity without Belief in the Resurrection?
Next Post

April 14, 2017 Did Jesus Die on the Cross? Part 1: Geisler's Case
Recent Comments
0 | Leave a Comment
Browse Our Archives
Follow Us!

Is There a Looming Sex Scandal...
No Longer Quivering
Related posts from The Secular Outpost

“Hamilton” Excels as the Next-Best Thing to a...
Lin-Manuel Miranda, Daveed Diggs, and the rest of the original cast are...
view all Nonreligious blogs
What Are Your Thoughts?leave a comment
Copyright 2008-2020, Patheos. All rights reserved.