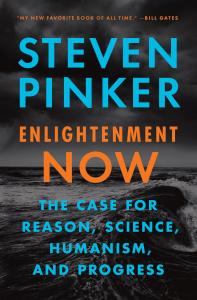 William F. Buckley Jr. died ten years ago last week. For decades, his polysyllabic punditry set the gold standard for conservative controversialists. As a true-blue liberal, I generally disagreed with him, often passionately, but I always admired and appreciated his trenchant intelligence. He might have described his own style as “Often mordant; occasionally vituperative; never opprobrious.” (Actually, he got pretty opprobrious in his infamous exchange with Gore Vidal!)

Surely Buckley is spinning in his grave considering what has happened to the conservative movement in America, which he worked so hard to define and promote. The farrago that now passes for conservatism is too incoherent to constitute an ideology. Rather, it is a pastiche of religious fundamentalism, free-market fundamentalism, gun fetishism, conspiracy theories, nativism, assorted phobias (homo-, xeno-, and Islamo-, among others), anti-science obscurantism, and sheer tinfoil-hat-wearing lunacy. In contrast with Buckley’s urbane eloquence, today’s conservative spokespersons are full of sound and fury, specializing in the foaming rant and the fact-free screed.

However, there are still a few who stand out from the army of the night. David Brooks, George F. Will, Charles Krauthammer, and Ross Douthat are conservatives of a sort that Buckley would have recognized. Though not entirely free from the tincture of the irrational (Krauthammer and Will remain climate change “skeptics,” i.e. dogmatic deniers), they at least can distinguish an argument from a diatribe and evidence from assertion. Liberals like me who want to follow the best of conservative thought have to seek out these dwindling few (Will is over 70).

I just got Pinker’s book a few days ago and have not yet read it, so I cannot rebut Douthat’s critique from the text, but I can see how plausible it sounds. Cut to chase: Not very.

Pinker’s subtitle announces his thesis, namely that certain epistemic and moral values that emerged in or were essential to the Enlightenment have been efficacious in promoting human well-being, and are the ideas behind the many incontrovertible instances of human progress. Douthat, who has “browsed” the book, describes Pinker’s project as follows:

“Pinker defends a selectively edited Enlightenment that conforms neatly to his style of liberal politics (stridently secular, mildly libertarian, anti-P.C.), and absolves his idealized version of the modern project of all imperial and eugenic and centralizing cruelties, and all the genocides and persecutions justified in Reason’s name.”

Actually, I cannot think of any genocides or persecutions conducted “In Reason’s name,” unless “Reason” is identified with various totalitarian ideologies, such as Marxism/Leninism or Maoism. Of course, the Soviets and the Maoists thought that they were on the side of reason, but so did the Holy Inquisition. So does everybody. Are there any martyrs to reason per se? Has anybody been sent to the Gulag for refusal to accept quantum theory, or shot for insufficient dedication to general relativity, or decapitated for defiance of thermodynamics? Are there reeducation camps for those who reject Gödel’s Theorem? Of course, Protestant fundamentalists whine that they are persecuted by evolutionary theory, but their complaints are bullshit.

I am sure that Pinker presents the Enlightenment in a revised and edited version that highlights the good things that were said and done and downplays the ugly, stupid, harmful, and vicious ones. However, such a tactic is hardly unique to defenders of the Enlightenment. Conservatives from Edmund Burke on down have been at great pains to argue for the socially beneficial effects of religion, and the Christian religion in particular, for its alleged efficacy in upholding morality, patriotism, and respect for authority. It hardly needs pointing out that advocates of that view must have a very selective memory. For instance, religious apologists love to cite the religiously-inspired abolitionists, but conveniently overlook the numerous and equally pious defenders of “the peculiar institution” (see Forrest G. Wood’s The Arrogance of Faith). Sauce for the goose, then; or, to use a favorite tactic of the apologists, tu quoque.

However, Douthat says that his main point is not to offer a critique of Pinker’s historical methodology, Rather:

“I’m most interested in the bright line that Pinker draws between the empirical spirit of science and the unreasoning obscurantism he suggests otherwise prevails.”

On the contrary, Douthat argues, those who investigated “irrational” practices like charismatic religion and health-food regimens exhibited a genuine rejection of authority and an empirical spirit:

“…it was the charismatic-religious and ‘health food’ regions where people were the most personally empirical, least inclined to meekly submit to authority, and most determined to reason independently and keep trying things until they worked.”

According to Douthat, apostles of “scientism,” like Pinker, too quickly dismiss spiritual seekers and those who try alternative therapies like health foods. Such persons are motivated by curiosity and an experimental spirit that is akin to the spirit that motivates scientific inquiry:

“If you refuse any non-F.D.A.-blessed treatment for chronic illness because there’s no controlled study proving that it works, or have a religious experience and pre-emptively dismiss it as an illusion without seeing what happens if you pray, you may be many things, but you are not really much of an empiricist.”

Indeed, Douthat claims that the things that Pinker and his ilk dismiss as “irrational hugger mugger,” actually strengthen during periods of strong scientific ferment, and for the same salutary reasons—distrust of authority, curiosity, and empiricism. Thus, he says, it is not surprising that Newton was interested in alchemy, that the Victorians were fascinated by séances and mediums, and that health food stores proliferated in the Space Age.

So, are those who explore charismatic religious practices and health foods motivated by a laudable resistance to authority and an adventurous spirit of empirical inquiry?

Let’s begin with authority. As I learned in my twelfth grade sociology class, there are two kinds of authority, earned and ascribed. Ascribed authority was the sort we were familiar with in high school where respect for certain persons and rules was simply demanded. Sometimes, though, authority is earned by a demonstration of worthiness for respect. For instance, those teachers who showed their concern and dedication to us and our education earned our respect and did not have to demand it. Now, I think we should be very skeptical of authority that is simply asserted, but respectful of authority that is earned.

Surely, by now, science has earned a position of epistemic authority, so respect for scientific authority should at least be our default position. If the overwhelming consensus of the scientific experts is that something is so, then surely it is a brazen act simply to reject such authority. Does Pinker in fact think that health food aficionados are invidiously anti-scientific? As I say, I have not yet read the book, but I suspect that this is a straw man. I cannot find in Pinker’s index any reference to health food, diet, or organic food.

I have read repeatedly from seemingly reliable sources that there is no clear evidence that organic vegetables are any healthier than regular vegetables (and hence I shop at Kroger rather than Whole Foods). However, I do not see those who feast (if that is the right word) on quinoa and kale as anti-science crackpots, and neither, I imagine, does Pinker. Likewise, if someone feels better after acupuncture or aromatherapy, I don’t see this as harmful unless these practices are regarded as substitutes for scientific medical treatment, and then I would have an issue, and so should Douthat.

I wonder what Douthat would say about the anti-vaccination movement. Would he say that the anti-vaxxers are motivated by a healthy suspicion of authority? We have to distinguish between practices, like preferring organic food, that science merely does not endorse, and those, like not getting your children vaccinated, that are demonstrably dangerous. The former are not a matter of concern unless they are presented as substitutes for scientific therapies, but in the latter case the rejection of scientific authority, far from being laudable, is irrational and dangerous. It is such instances that I, and, I imagine, Pinker find deeply disturbing, and not someone noshing on tofu turkey.

So, are people who explore séances and charismatic religions motivated by a healthy empiricism? This seems dubious. On the contrary, perhaps when scientific and technological progress is rapid, people are afraid that such progress will displace or devalue all that is spiritual. They see old sources of spiritual comfort, like mainstream religion, as feckless, so they seek new oracles. Séances and mediums, by the way, were subjected to incisive critique at the height of their popularity, most notably by Harry Houdini, who specialized in exposing fakes. So, Victorian spiritualism seems to have been a rather sad effort to grasp at spiritual straws, and not the practice of a bold, adventurous empiricism. No form of progress is universally celebrated. Rather, many will find it disorienting and seek refuge from it.

Dabbling in charismatic Christianity might be taken as a kind of personal experimentation, but in a sense not terribly different from experimenting with recreational drugs. Indeed, Marx may have been closer to the truth than he realized when he described religion as an opiate—for some it can become an unhealthy addiction. Further, as Douthat notes, such personal experiments lack the methodological constraints that make scientific tests objective, rigorous, and replicable. Unfortunately, therefore, such unscientific empiricism all too quickly falls prey to cognitive traps such as confirmation bias, placebo effects, and wishful thinking. The upshot is that experimenting with yourself is risky, and best conducted with an eye to scientific and medical authority. A healthy empiricism looks before leaping.

What about Newton and alchemy? We might also mention Kepler and astrology. We do indeed have to avoid the arrogance of Whig history. Whig historians are those who take the standards of the present as absolute and judge the past by how closely it conformed to present wisdom. However, in the early modern era, alchemy and astrology were not yet recognized as unscientific, and so it was not a violation of the scientific spirit to investigate these. Yet, for all their genius, we have learned a thing or two since Kepler and Newton. We now know that alchemy and astrology are not science, and why they are not, and so their pursuit is no longer scientifically respectable. Even creationism was a pretty good theory in 1000 B.C. Now it is obscurantist claptrap. As we learn more about what constitutes good science, we also learn more about what is bad science and what makes it bad. Pinker, or anyone, would be remiss not to make these distinctions when we legitimately can.