Richard Dawkins, Stephen Hawking, and a Special Version of the Problem of Soteriological Evil

Unless you’ve been in a cave, you’ve heard by now the news that Stephen Hawking died. Richard Dawkins recently tweeted about an alleged Christian, going by the pseudonym positiva.tea, who described Hawking’s suffering in Hell.

Hate at this pathological level demands explanation beyond the obvious low intelligence. I suggest that Godnuts are secretly unconfident of their beliefs & mortally terrified they might be wrong. This translates into hyper-extreme hate of anyone who credibly boosts their doubts. pic.twitter.com/2DBlX5b9RS

I can’t find the original tweet Dawkins is quoting, so I don’t know if it’s authentic. I also make no claims about how representative (or unrepresentative) positiva.tea’s beliefs are of “Christians” as a whole. Nevertheless, there’s a special version of problem of evil here: certain versions of theism say that nonbelievers like Hawking experience suffering in this life and no compensation in the next. Indeed, some versions of theism say that nonbelievers (like Hawking) will not only be compensated in the afterlife for suffering in this life, but they will be punished for eternity. On the assumption that God exists, what moral justification would God have for allowing such uncompensated suffering in this life and unending punishment in the next?

“In Defense of an Evidential Argument from Evil: A Reply to William Lane Craig” (2017) by yours truly — see especially section 3.3.2.3. 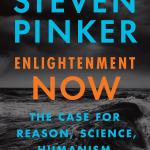 March 16, 2018 Kreeft's Case for God - Part 19: Premise (B)
Recent Comments
0 | Leave a Comment
"Thanks for the reference. Looks like Damian believed that God was "outside of time" but ..."
Bradley Bowen The Unmoved Mover Argument – Part ..."
"The issue of whether God can undo the past has been well discussed in medieval ..."
WCB-2 The Unmoved Mover Argument – Part ..."
"If theology denies God is outside time, the problem gets worse for theology. Where does ..."
Bradley Bowen The Unmoved Mover Argument – Part ..."
"Don't rely on "my most recent conversation", consider a history.Also, consider his history with others.... ..."
Ignorant Amos Contempt: It’s Not All Bad
Browse Our Archives
get the latest from
The Secular Outpost
Sign up for our newsletter
POPULAR AT PATHEOS Nonreligious
1

Nonreligious
Is It Time to Rename the 'Problem of...
The Secular Outpost

Nonreligious
When Are Appeals to Human Ignorance a Legitimate...
The Secular Outpost

Nonreligious
The Logic of Miracles - Part 6: The...
The Secular Outpost
TRENDING AT PATHEOS Nonreligious