Defending the Swoon Theory – Part 3: The Deadliness of Roman Crucifixion

In this series of posts I will defend the Survival Theory (TST) against the nine objections that Peter Kreeft puts forward in Chapter 8 of Handbook of Christian Apologetics (hereafter: HCA).   Kreeft’s nine objections to TST can also be found in an online article at the Strange Notions website.

(NOTE: Kreeft mistakenly takes aim at the Swoon Theory, but in Part 1 of this series, I argue that he must take on the more general skeptical theory that Jesus SURVIVED crucifixion.)

KREEFT’S FAILED JUSTIFICATION OF HIS USE OF GOSPEL TEXTS

In Part 2 of this series, I argued that seven out of Kreeft’s nine objections against TST are problematic because they are based on the questionable assumption that the Gospels are historically reliable (or that various passages in the Gospels are historically reliable).  Kreeft recognizes that his use of Gospel passages as proof of his historical claims is problematic and he makes an attempt to defend his use of those Gospel passages.

Kreeft makes two points in defense of his reliance on Gospel passages.  The first point is this:

In Part 2, I argue that this point is IRRELEVANT to the question of whether Kreeft should use various Gospel passages as proof of his historical claims.

(1) TST is a THEORY that assumes or implies the historical claims that Kreeft uses in his objections against TST.

(2) Some of the ARGUMENTS for TST assume or imply the historical claims that Kreeft uses in his objections against TST.

In Part 2, I argued that (1) is clearly FALSE, that (2) appears to also be FALSE, and that (2) is insignificant even if true.  Thus, on either interpretation, this second point fails to justify his use of various dubious Gospel passages as proof of his historical claims.  So, right off the bat, we can see that seven out of Kreeft’s nine objections are dubious, because they are based on historical claims that are questionable because they are supported by dubious Gospel passages.

OBJECTION #1: THE DEADLINESS OF ROMAN CRUCIFIXION

Kreeft’s first objection against TST does not rest on dubious Gospel passages:

Jesus could not have survived crucifixion. Roman procedures were very careful to eliminate that possibility. Roman law even laid the death penalty on any soldier who let a capital prisoner escape in any way, including bungling a crucifixion. It was never done.  (HCA, p.183)

The first sentence states the conclusion of the objection:

Jesus could not have survived crucifixion.

Kreeft has in mind specifically crucifixion as practiced by the Roman military.  The other sentences state historical claims that are reasons for believing the conclusion:

Let’s clarify the historical claims that Kreeft asserts in this argument (clarifications in blue font):

1. Roman procedures were very careful to eliminate the possibility of a person surviving crucifixion.

2. Roman law even laid the death penalty on any Roman soldier who let a capital prisoner escape in any way, including bungling a crucifixion.

3. No Roman soldier ever let a capital prisoner escape or ever bungled a crucifixion.

4. Jesus could not have survived Roman crucifixion.

Premises (1) and (2) appear to work together, in that they concern the related concepts of “willing” and “able”.  Premise (1) about procedures for Roman crucifixion supports the idea that Roman soldiers were ABLE to consistently bring about the deaths of victims of crucifixion, because they had excellent procedures to follow.  Premise (2) about the death penalty for bungling a crucifixion supports the idea that the Roman solders were WILLING to do a careful and thorough job of crucifying people who had been condemned to be crucified, because they had the motivation of avoiding the death penalty for bungling a crucifixion. 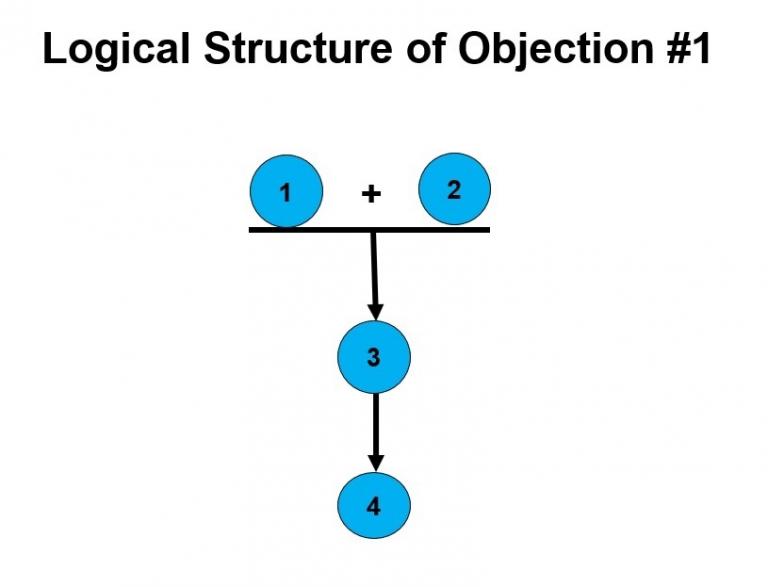 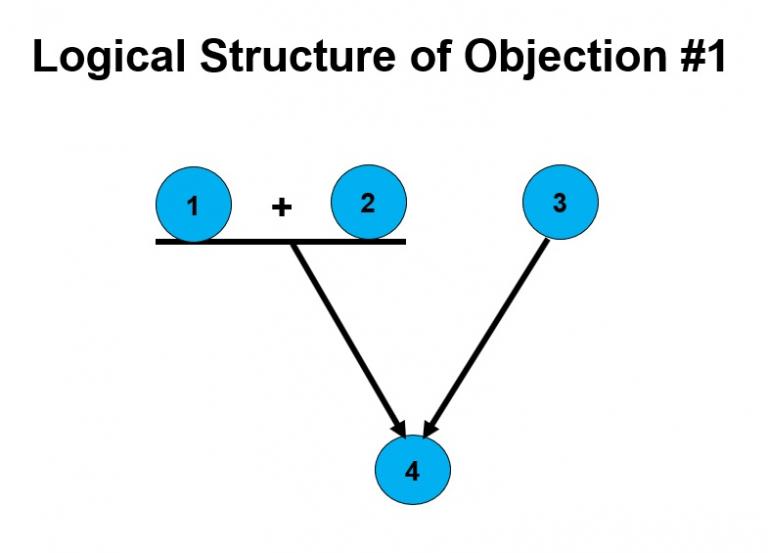 Even if we assume that (1) and (2) are true, there is still a significant chance that premise (3) is FALSE.  Suppose that the crucifixion “procedures” of the Roman military were excellent procedures, so that following those procedures would virtually guarantee that a person who was crucified would die before being removed from the cross.  In that case, premise (1) would be true.  Suppose that it was the case that any bungling of an execution by a Roman soldier, such that the condemned person was still alive after the supposed execution, would result in the death penalty for that Roman soldier.  This would mean that premise (2) was true.  The death penalty would provide a significant motivation for Roman soldiers to follow the excellent procedures of the Roman military for crucifixions (when crucifixion was the means used to execute the condemned person).  Does premise (3) follow from these assumptions?

3. No Roman soldier ever let a capital prisoner escape or ever bungled a crucifixion.

It is clear that although premises (1) and (2) provide some support for premise (3), they do NOT provide strong support for (3), but provide only weak support.  Even if we assume (1) and (2) to be true, there is still a very good chance that (3) could be FALSE.  In my view (1) and (2) do not even make (3) probable.  Thus, on the first interpretation of the logical structure of Objection #1, this objection FAILS, because it provides only weak support for the premise (3), which is the key premise supporting the conclusion (4).

What about the second interpretation of the logical structure of Objection #1?  The same sorts of considerations about the first interpretation apply to this interpretation as well.   Premises (1) and (2) leave open various possibilities where a Roman soldier might unintentionally, or even intentionally, FAIL to correctly follow Roman military procedures for crucifixion, and they also leave open the possibility that some Roman soldiers might not be strongly motivated by the threat of the death penalty to carefully and correctly follow Roman military procedures for crucifixion.  Given the various ways in which (1) and (2) could be true, and yet some Roman soldiers might FAIL to carefully and correctly follow crucifixion procedures that (allegedly) would virtually guarantee the death of a person condemned to crucifixion, the combination of premises (1) and (2) does NOT provide strong support for the conclusion (4), but only provides weak support for the conclusion.

But we can interpret (3) in such a way that it does NOT beg the question:

3a. Setting aside the specific case of the crucifixion of Jesus, no Roman soldier ever let a capital prisoner escape or ever bungled a crucifixion.

This slightly modified version of (3) provides a strong inductive reason for believing that Jesus did NOT survive his crucifixion.  However, like (3) this is a very broad historical generalization, and it is hard to see how one could possibly know this claim to be true.

First of all, Kreeft has provided NO HISTORICAL EVIDENCE whatsoever in support of premise (3) or (3a).  Thus, as it stands, Objection #1 is a FAILURE, because it is based on a strong historical claim for which we are given ZERO historical evidence.

Second, the Romans used crucifixion for centuries and they used it at least tens of thousands of times, perhaps hundreds of thousands of times.  Is there some ancient Roman catalog that has details about tens of thousands of crucifixions, including the end results of those crucifixions?  Even if there were, and this catalog specified that the victims died in each and every case, why should we believe this catalog to be completely accurate?  Who would be the source of the information in this catalog? Wouldn’t Roman military officers (the most likely source of such information) be reluctant to officially report that some victims of crucifixion had survived or escaped?  If the death penalty was prescribed for such failures, it seems obvious that Roman officers and soldiers would have a strong motivation to LIE and cover up any failures to bring about the deaths of persons condemned to crucifixion.

I’m fairly confident that there is no ancient catalog of thousands of Roman crucifixions that took place over hundreds of years.  If there were such a document, I would expect Kreeft or other Christian apologists to be familiar with that document and to reference it constantly.  But then, what sort of historical evidence could there be that would provide strong support for Kreeft’s very strong historical claim? I believe that Kreeft and other Christian apologists have no solid historical evidence to back up this very strong claim.  This is just Christian apologetics based on wishful thinking and bullshit.

In conclusion, Objection #1 FAILS, because the combination of premises (1) and (2) provide only a weak reason in support of (3) and in support of (4), and because premise (3) taken literally begs the question at issue, and because (3) when interpreted to make the non-question begging claim (3a) is still a very strong historical claim for which Kreeft has provided ZERO historical evidence, an historical claim which is very dubious and likely to be FALSE.

July 1, 2019 Defending the Swoon Theory - Part 4: The 'Where Did Jesus Go?' Objection
Recent Comments
0 | Leave a Comment
Browse Our Archives
Follow Us!

Crokin: Tom Hanks to Be Arrested...
Dispatches From the Culture Wars
Related posts from The Secular Outpost 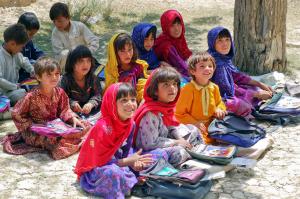