Defending the Swoon Theory – Part 7: The “Break their Legs” Objection

Peter Kreeft’s Objection #2 against the Survival Theory (TST) is based on a dubious passage from the 4th Gospel:

The fact that the Roman soldier did not break Jesus’ legs, as he did to the other two crucified criminals (Jn 19:31-33), means that the soldier was sure Jesus was dead. Breaking the legs hastened the death so that the corpse could be taken down before the sabbath (v. 31).

PROBLEM 1 WITH OBJECTION #2:  Roman Soldiers were NOT Medical Doctors 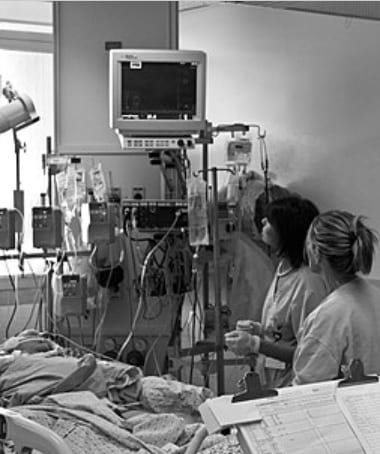 PROBLEM 2 WITH OBJECTION #2:  The Same Passage Implies the Soldiers were NOT Sure Jesus was Dead

Here is the passage that Kreeft references:

31 Since it was the day of Preparation, the Jews did not want the bodies left on the cross during the sabbath, especially because that sabbath was a day of great solemnity. So they asked Pilate to have the legs of the crucified men broken and the bodies removed.

32 Then the soldiers came and broke the legs of the first and of the other who had been crucified with him.

33 But when they came to Jesus and saw that he was already dead, they did not break his legs.

Based on the fact that “the Roman soldier did not break his legs”, Kreeft concludes that “the soldier” (if Kreeft had actually read the passage that he references from the 4th Gospel, he would have known that it speaks about “soldiers”, not about “the soldier”) was “sure Jesus was dead.”

However, the very next sentence in the passage from the 4th Gospel implies that “the soldier” was NOT “sure Jesus was dead”:

34 Instead, one of the soldiers pierced his side with a spear, and at once blood and water came out.

If Kreeft had actually read the passage that he is using as evidence here, then he would not have drawn the conclusion that “the soldier was sure Jesus was dead” based on the fact that the soldiers didn’t break Jesus legs.  The very passage that he points to contradicts his own conclusion in the very next verse of that passage!  Kreeft’s apologetic arguments could be significantly improved if he simply took the time to actually read the passages that he uses as evidence for his conclusions.   He was apparently too busy to do so in this instance.

PROBLEM 3 WITH OBJECTION #2:  The Key Historical Claims Made by Kreeft are DUBIOUS

Kreeft writes as if Objection #2 was based on historical FACTS:

The fact that the Roman soldier did not break Jesus’ legs, as he did to the other two crucified criminals (Jn 19:31-33), means that the soldier was sure Jesus was dead.

The key historical claims, that Kreeft wrongly categorizes as “fact” are as follows:

These are clearly NOT historical facts.  They are questionable inferences based on the unreasonable assumption that the 4th Gospel provides us with reliable historical information about the ministry and crucifixion of Jesus.

There are good reasons to doubt the historical reliability of this passage from the 4th Gospel:

In the next post, I will provide more details concerning these ten points.

July 14, 2019
Defending the Swoon Theory - Part 6: Objections Based on the 4th Gospel
Next Post