The Unmoved Mover Argument – Part 11: The Argument for Premise (2)

In Part 10 of this series, I began to analyze and clarify Geisler’s argument for premise (2):

There is an obvious problem with Geisler’s argument for premise (2).   Premise (2) DOES NOT APPEAR TO FOLLOW LOGICALLY from his argument in When Skeptics Ask (hereafter: WSA).  Geisler is a sloppy and careless thinker, so it would be no surprise to me if his argument for this key premise is a non sequitur:

42. If a thing is limited and it changes, then that thing cannot be a thing that exists independently.

Actually, the inference from (42) to (2) might be correct.  It might be the case that (2) follows logically from (42), but that depends on the meanings of the key terms in these claims: “a thing that is limited”, “a thing that exists independently”, a “finite…thing”, and a “thing…caused by something else.”  If these terms are defined in particular ways, then the inference from (42) to (2) would be logical.

Geisler, being a sloppy and unclear thinker, does not bother to define the key terms in his Thomist Cosmological Argument, so it is difficult to evaluate the correctness of his inference from (42) to (2).  Geisler’s argument in WSA for premise (2) consists of two measly sentences (WSA, p.18) , so it is no wonder that his argument is unclear and that it appears on its face to be a non sequitur.

GEISLER’S ARGUMENT IN POR FOR PREMISE (2)

Geisler provides a longer and more detailed defense of premise (2) in his earlier book Philosophy of Religion (hereafter: POR).  So, I am going to shift my focus (for now) to his argument for premise (2) as presented in POR (on pages 194-197).

In POR, premise (2) of the Thomist Cosmological Argument is stated in slightly different words than in WSA.  Geisler uses the term “limited” in POR instead of “finite” in WSA:

2a. The present existence of every limited, changing being is caused by another.

He also uses the word “being” in POR rather than “thing” in WSA.  And in POR, Geisler specifies that it is the “present existence” of finite things that is “caused” by another.

Based on how Geisler switches freely back and forth between the terms “limited” and “finite”, those words appear to be equivalent in meaning, at least as far as Geisler is concerned.  Since I am now focused on the argument for (2) in POR, I will defer to his preference of the term “limited”,  for now.  Talking about the “present existence” of things being caused is a nice bit of clarification in POR, so I will now use those additional words in a revised formulation of premise (2).

I don’t care for the term “being” because this smacks of a technical philosophical term, but Geisler has FAILED to define this word, so it is unclear and misleading to use that term as opposed to the more common n0n-technical word “thing”.  I don’t object to the use of technical philosophical terminology, but if one wishes to use such terms, then one has an obligation to DEFINE the meaning of such a term.  Geisler rarely defines his key terms, so he needs to stick to common words and their ordinary meanings.

I take it that the phrase “caused by another” means “caused by another being”, and since I find the use of the term “being” unclear and misleading, I will interpret that final phrase as meaning: “caused by another thing“.  Here then is my clarified version of premise (2) that uses elements from both the WSA and the POR versions of this key premise:

2b. The present existence of every limited, changing thing is caused by another thing.

Geisler re-iterates the argument for (2) at least four times in just a few pages, with only slight variations.  Here is one instance of the argument:

51. Every limited changing being is composed of both an actuality (its existence) and a potentiality (its essence).

52. But no potentiality can actualize itself.

53. There is some actuality outside of every composed being to account for the fact that it actually exists.

There is also  an intermediate conclusion that Geisler, in his typical sloppy and careless manner, fails to spell out:

L. There is some actuality outside of every limited changing being to account for the fact that it actually exists.

Premise (52) is a reason for premise (53).  Premise (51) works together with premise (53) to support the unstated intermediate conclusion (L).

THE STRUCTURE OF THE ARGUMENT IN POR FOR PREMISE (2b)

52. But no potentiality can actualize itself.

53a. There is some actuality outside of every composed thing to account for the fact that it actually exists.

51a. Every limited changing thing is composed of both an actuality (its existence) and a potentiality (its essence).

L1. There is some actuality outside of every limited changing thing to account for the fact that it actually exists.

2b. The present existence of every limited, changing thing is caused by another thing. 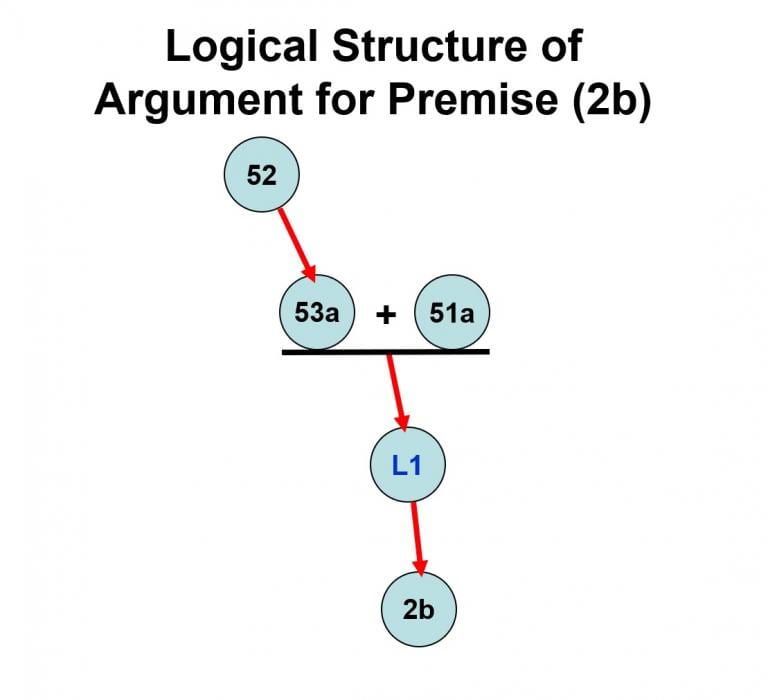 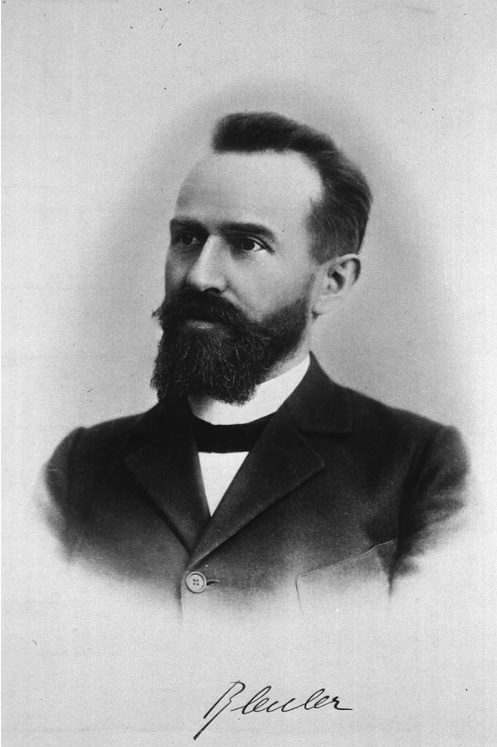