Defending the Hallucination Theory – Part 1: Kreeft’s Case for the Resurrection

MCDOWELL’S CASE AGAINST THE HALLUCINATION THEORY

I recently examined Josh McDowell’s case against the Hallucination Theory in his book The Resurrection Factor (hereafter: TRF), and I showed that each one of the seven objections that McDowell raised against this skeptical theory FAILS, and thus that his case for the resurrection of Jesus also FAILS.

The Hallucination Theory is the view that one or more of the disciples of Jesus had a hallucination (or dream or some sort of false or distorted experience) that seemed to be an experience of a physical living Jesus, an experience that took place sometime after Jesus had died on the cross.  This theory also asserts that this experience had by one or more disciples led to the mistaken but sincere conviction that Jesus had risen from the dead, and to the preaching of this belief by some of Jesus’ disciples in the first century, not long after Jesus was crucified.

In the most recent version of his book Evidence that Demands a Verdict (Thomas Nelson Publishers, 2017, co-authored with his son Sean; hereafter: EDV), McDowell appears to largely abandon his previous case against the Hallucination Theory and instead points us to Peter Kreeft’s case against this theory (see EDV pages 291-292).

KREEFT’S CASE FOR THE RESURRECTION OF JESUS

The logic of Kreeft’s case for the resurrection of Jesus is given in Chapter 8 of HCA. 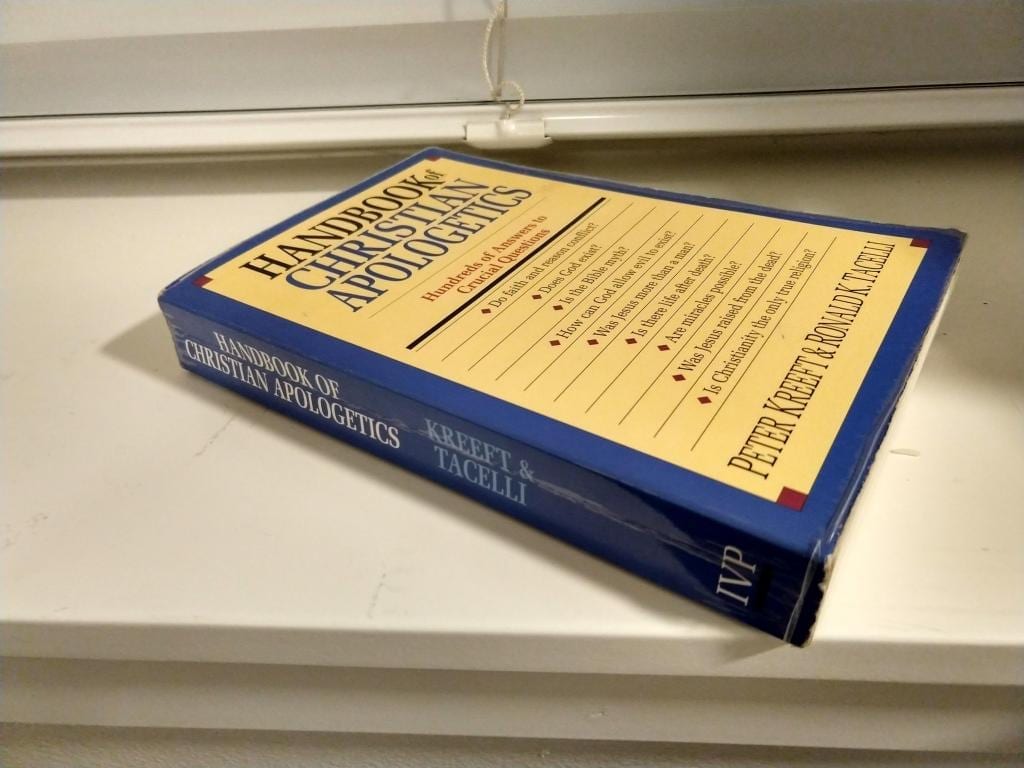 Dr. Peter Kreeft believes there are only five possible theories about the alleged resurrection of Jesus, and the Hallucination Theory is one of those theories:

In Chapter 8 of his Handbook of Christian Apologetics (co-authored with Ronald Tacelli), Peter Kreeft attempts to disprove the Hallucination Theory, as part of an elimination-of-alternatives argument for the resurrection of Jesus.  Kreeft thinks that by disproving four skeptical theories, he can show that the Christian theory is true, that Jesus actually rose from the dead:

The question is this: Which theory about what really happened in Jerusalem on that first Easter Sunday can account for the data?

There are only five possible theories: Christianity, hallucination, myth, conspiracy and swoon.

If we can refute all other theories (2-5), we will have proved the truth of the resurrection (1).

If Kreeft FAILS to disprove the Hallucination Theory, like McDowell FAILED to disprove it, then Kreeft’s case for the resurrection of Jesus also FAILS.

Furthermore, a brief glance at Kreeft’s case against the Hallucination Theory reveals that it suffers from the same basic problems as McDowell’s case. First, it is ridiculously short.  Kreeft presents his thirteen objections in less than two (full) pages of text (see HCA, p.186-188).  This results in two major intellectual problems:

(1) empirical claims about the nature of hallucinations are often UNCLEAR and are NOT supported with appropriate scientific evidence and scientific reasoning, and

(2) historical claims about Jesus and his disciples are often UNCLEAR and are NOT supported with appropriate historical evidence and historical reasoning.

McDowell and Kreeft both generally make many factual claims and assumptions, and they almost never back them up with appropriate evidence and reasoning, even when those claims are crucial to their case.

II.  The Equivocation Objections  (Objection #4 and #5)

IV. The Self-Defeating Objections (Objection #7 and #14)

Having examined these fourteen objections against the Hallucination Theory, I am now convinced that they all FAIL to refute that skeptical theory, and that Kreeft’s case against the Hallucination Theory FAILS, and thus that his case for the resurrection of Jesus FAILS.  For the remaining posts in this series I will work my way through the five groups of objections, and will argue that each of the fourteen objections FAILS.

July 14, 2021
Leviticus and Homosexuality - Part 13: False Claims and Assumptions in Leviticus
Next Post

Nonreligious
Ralph Reed Tries to Pull the Wool Over...
The Secular Outpost