In a story released on the Chicago Tribune website 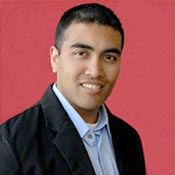 , popular atheist blogger Hemant Mehta’s recent donation to the Morton Grove Park District has been refused and returned.  The donation collected from readers of his Friendly Atheist blog was sent as a replacement for the $2,600 of funding that was pulled back by the American Legion Post 134 in a political move.  According to the article, the American Legion donation was rescinded when a park board member refused to stand for the Pledge of Allegiance.

The Park District returned the funds from the atheist blogger, noting the denial was because they did not want to appear sympathetic to any particular religion.  Yeah, that seems fishy to me too.  My skeptic brain has to pose the question of whether or not the park board opens meetings with prayer or receives funding from any religious groups at all.  Is it that they just don’t want to be associated with atheists?  Are they afraid of losing funding from other groups as a result or accepting atheist funds?

You can read the full Tribune article here or Mehta’s take on it here.

October 17, 2013
Another Lawsuit Over the ACA "Contraceptive Mandate" = More Insanity from the Religious Right
Next Post

December 13, 2013 The First Amendment Only Applies to Christians?
Recent Comments
8 Comments | Leave a Comment
Browse Our Archives
Follow Us!

A Christian no more. Musician Jonathan...
The Freethinker
Books by This Author Books by Kevin Davis