They Would Call Me An Atheist: Being a Nonbeliever at a Christian College

They would call me an atheist if I was honest about what I think. To be clear, it’s not that I’m dishonest or disingenuous in my speech; but more like I simply don’t present my views in full. And it’s not that I remain silent in conversations; I regularly voice my doubts and make people quite frustrated with me.

You might ask, “So what’s with all this cloak and dagger business?”

Simply put, I’m an atheist attending a Christian college. For all the other gods that have ever been believed in, my peers are atheists. “I simply go one further,” is what I would say if I were open and honest. But the reason I do not is because I’m attending a small, Christian, top-ranked liberal arts college in the northeastern United States.

I have had doubts for a long time now. They started back in high school after reading the works of the “New Atheists” (Dawkins, Dennett, Harris, and Hitchens). I was raised in a very conservative, fundamentalist Christian home. My indoctrination and brainwashing into my parents religion started the day I was born (OK, maybe a bit later than that). I “got saved” and was baptized by 5, was homeschooled, learned creationism, and was taught that having doubts and thinking critically about my faith were temptations from the devil. I was in deep, real deep. But this all changed in my early teens when I convinced my parents to let me read some of the “satanic” literature so that I could learn how to combat the devil; to learn how to defeat him at his own game.

The devil won. Thank goodness! I will forever be in debt to The Horsemen for luring me to the Dark Side with their seductive words, facts, arguments, reasons, and critical analysis of the religious world. Over the next several years I began to embrace reason, rational arguments, science, and evidence as the only valid epistemological tools. The faith-based dogma and tradition of my youth has no place in my life anymore. For that, I am forever thankful.

So how did I end up here (attending a Christian liberal arts college)? Well, after a stint in the military I decided to use the GI money to finish my education. And at the time I was still open to the validity of religious claims; though very skeptical. I figured that if good reasons and evidence for God existed, they would surely be found at a Christian college. So I’m two years into a Philosophy degree and, well, God lost. I’ve studied epistemology, logic, history of philosophy and religion, arguments for and against God’s existence, etc. I’ve done all of this at a Christian college, and somehow managed to come out a stronger skeptic and atheist. But this position I’m in is one of privilege (from my perspective). I get an insider’s view, if you will, as to what the most intelligent, thoughtful, and intellectually honest theists are thinking and saying about, and in defense of, God these days.

Besides the fact that there is simply no reason to believe in a god (besides faith), the most challenging topic for a Christian is what has been called the problem of evil. If God is all powerful and all loving (as Christians claim he is), then why is there such terrible suffering and evil in the world? Christians have yet to come up with a satisfying answer to this question. Sure, they try, but the “best” attempts to form a coherent account of this contradiction is simply to appeal to “mystery”. At least these Christians are honest enough to admit that there is a problem and that they don’t know the answer. I’m not giving them a concession — appeal to “mystery” is not a real answer. I’m simply saying that the problem of evil is still a big problem within Christians circles. They are not unified on this issue (or any other for that matter); the problem of evil can (and indeed was for me) be the straw that breaks the camel’s back of faith. Maybe sometime soon I will feel bold enough to openly denounce the faith of my peers. But until then, I plan to be the secular voice in their ears, reminding them that all is not as it seems in the castle of faith.

If reason and critical thinking could open my eyes and break the chains of dogmatic and tradition-laden fairy tales, then maybe, just maybe I can help others step into the light. For now, that is my mission. 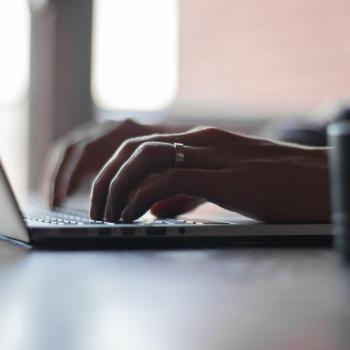 Nonreligious
Mailbag: A Christian Responded to a Call for...
Secular Voices
TRENDING AT PATHEOS Nonreligious