Why I Am a Secularist

My connection to atheism and secularism has been an ongoing one for over twenty years now. I have many reasons for feeling this way. I questioned religion as a teenager and had quite freethinking parents. I then went on to study literature and philosophy at University, straight out of school. Oddly enough, the literature we were exposed to probably made me more of an atheist than the philosophy we read. This was especially true when studying Milton and Blake who, although believers, pointed out some very big problems with biblical stories. Frankly it made me angry as a woman, but also as a human being. It was the whole Adam and Eve original sin thing that annoyed me — that women were to blame, but also being denied fruit of knowledge. What kind of God would want you to be ignorant?  Even though I have read new age spiritualists Tolle and Deepak Chopra and liked some of what they have said, I still boarded a train of secular thought years ago that I’m still happy to ride.

What a ridiculous system. A God that is meant to know everything tests us, knowing we will fail. Essentially he made us so that we would fail temptation. As Christopher Hitchens says, God “made us sick and then commanded us to be well.” It just didn’t make sense. Then to go on and see all the damage the enforcement of these beliefs did — especially in the Middle Ages. The women burnt at the stake. The fact women were seen as evil temptresses who were in cahoots with the devil, when in reality they were loving, supportive, nurturing, strong and caring, suppressing their own intellect because they were not to be trusted, etc.

Even unrelated texts annoyed me. We read poetry about women who refused men and then endured the nastiness of attitudes directed towards them. I think after reading the Wife of Bath’s tale I thought, “wow, even way back then they knew what women’s rights were, yet they still went backward into the medieval era.” It was this exposure to literature, as well as science-based philosophy that introduced me to the beauty of secularism, fueling my conviction.

April 11, 2016
The Biggest Victims of Muslim Fanaticism: Muslims
Next Post

April 18, 2016 An Atheist's Review of NatGeo's Story of God, Episode Two: Apocalypse
Recent Comments
0 | Leave a Comment
"The Catholics grind baby bones to make flour for the communion wafers. /s"
E.A. Blair Pastor Greg Locke is Pissed: People ..."
"As a parent, I reserve the exclusive right to teach my children about religion. The ..."
Mr. Annoying Christians Lose Their Minds After Local ..."
"If anything will turn someone into a hardened atheist, that’s it."
TC Howitt When Will Anti-Atheism Be Viewed as ..."
"Actually stalin went to 12 years of parochial school and 5 years of Jesuit seminary."
Questioner When Will Anti-Atheism Be Viewed as ..."
Browse Our Archives
Follow Us!

Is There a Looming Sex Scandal...
No Longer Quivering
Books by This Author Books by Kevin Davis 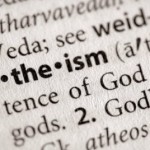 Nonreligious
A Response to Jackson Wu's Conclusion of What...
Secular Voices 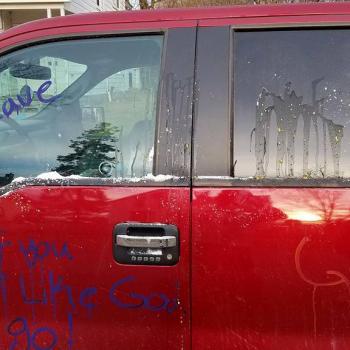 Nonreligious
When Will Anti-Atheism Be Viewed as Bigotry?
Secular Voices 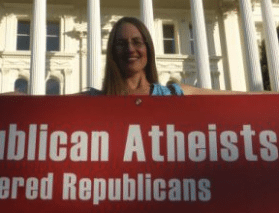 Stone Says He Hopes Q Actually Exists
Trump buddy Roger Stone may not have totally bought into the Q...
view all Nonreligious blogs
What Are Your Thoughts?leave a comment
Copyright 2008-2020, Patheos. All rights reserved.