Raising religious children was very easy. We were never concerned about people scaring our kids with fantasies, because they weren’t just stories to us. 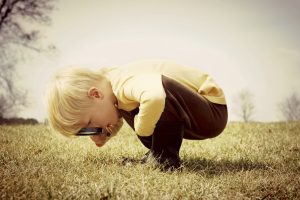 We were becoming progressive parents. At first we took our kids to a church that taught that LGBT persons were evil and came to church to recruit the youth. They taught that a woman’s place was at home. They taught that higher education “educated you out of your common sense.” Of course after we got the internet and spent more time with the online community, the church’s way of teaching seemed very archaic. So we started taking our children to different churches, trying to find the right one. We attended every church we could find in a 5-mile radius.

After years of disappointment, we decided we could teach the Bible to our children ourselves better than any church. And we did for quite some time.

I remember how excited we were to find Bibles in our hotel rooms, looking for religious messages in everything we did or watched. We were excited to find out that famous people were also religious. We made sure anyone our children were around, or people we talked to, believed in God.

Everything seemed to fall into our world view and agreed with our religious beliefs. Little did we know it was because we put ourselves into a tight little box that kept us from learning anything new…unless it came from the Bible or other trusted religious sources.

Our first child was born in 2008. We weren’t atheists until just before we found out about our third child in late 2013.

That journey stemmed from a group science project in college, after becoming friends with the first atheist I ever met in-person. We were put into groups to find the pros and cons of stem cell research. I remember researching for a long time, late into the night, trying my hardest to find scientific cons to it. When the only cons were religious reasons — that religion is the reason stem cells aren’t being used to save children with chronic illnesses like Cystic Fibrosis — I was upset and hurt. I felt betrayed and ashamed that I was part of the anti-science movement.

Every piece of scientific evidence counter to my views hurt deeply, but I couldn’t turn off my scientific curiosity once it started. It felt like no matter what I learned, it wasn’t enough. Religion was no longer giving me answers. Religion was a hindrance to all the scientific wonder I was experiencing. After watching the debate between between Ken Ham and Bill Nye, I was given the final push I needed to finally admit I was an atheist.

This was a problem though, as both my and my husband’s parents were religious — mine being Mormon and his being super Baptists. My parents were much quicker to respect our way of raising our children and how we chose to live our lives. My husband’s parents were not nearly as accepting. They still don’t accept it. I can’t count how many arguments we’ve had. The constant concern for our children’s “souls” and how we have no morals all of a sudden, since we don’t believe in God.

We have to be careful leaving our children with with them now, since they try to scare our children with threats of hell and preach about God to them behind our backs. Luckily our kids have the tools and knowledge to not fall for the boogeyman stories.

All of a sudden people started hating us. I have received death threats and other threats of assault, which never happened back when I was a theist. We all became pariahs just from no longer believing in a god, .

We had to talk to our children about not talking about God with everybody because they were trying to tell their classmates and family all the new and exciting things they’ve learned. Our kids had to learn how to respectfully decline talking about God or invites to church from people (not that we keep them from it, they just do not want to).

Not being religious makes you realize how much you are being influenced and encouraged to be religious. You suddenly realize the religious clubs using public school buildings, advertising in the hallways for the kids to read. You notice the religious undertones of kids’ TV shows. You learn that the pledge we were told as children to recite was altered from it’s original poetic rhythm to include “under God.” You realize that every time your kids handle money they will see the words “in God we trust,” which was also an alteration from the original in order to forcibly implant God into everyday life.

From a young age we are told to subscribe to a religion, usually whatever our parents are. It’s so easy to believe. It’s so easy to think belief isn’t forced on us. Sometimes I have to remind myself how hard it is to think freely when everything and everyone is telling you how and what to think. With everything being so in-line with their delirious lives, anyone who challenges a Christian’s worldview is seen as a threat to all they know. They are convinced they’re  being oppressed, even though they are the oppressors.

It may seem odd, but we still teach our kids the stories from the Bible. They learn Biblical verses and canon.

The difference between now and then is that my kids recognize stories from the Bible as mythology. They are seen no differently than stories of Thor and Zeus. We offer them all opportunities possible for them to be drawn to religion naturally, but because of the knowledge they have, none of it sounds real to them.

Our children watch talks given by Neil deGrasse Tyson, Bill Nye and Richard Dawkins. Our kids are exposed to all facets of science, and they understand evolutionary biology better than many public school teachers. They know more about astrophysics than any high schooler in our small city. My oldest says he wants to be a scientist when he grows up, his main focus being black holes.

Our kids are encouraged positively. There is no higher power we use to scare them into submission. When they go to bed at night, they don’t worry about someone watching them and silently judging them. I remember after making out with a boy for the first time, I prayed for forgiveness before bed, crying, terrified God would be mad at me. What kind of psychological damage is done every day to children by religion?

My oldest brings home books from the library about the universe, books that are intended for much older readers. It may seem like I’m claiming credit for 100% of their intelligence, but I most certainly am not. All of that goes to them, Bill, Neil and Dawkins. Had nothing changed, our kids would be spending their Sundays having God as the ultimate answer to everything, instead of being driven to never stop searching for new and better answers.

There are no forbidden topics in my house. No forbidden vocabulary. Our kids watch normal cartoons and play outside with friends. Their lives do not revolve around only one thing.

I wish I was raised secular. I wish I spent more time worrying about this life and not preparing for one that came after death. Then I could have looked up at the night sky with true wonder, with no pre-implanted notions of existence. I could look at all the beauty of the world and not think, “God did this, God is amazing,” but instead think about all the microscopic pieces that make up what I see, even the chemicals, all working together in a dance of life that only science can explain.

If my kids ever become religious, I would respect them and accept them for who they are, even if I’m a bit disappointed. But for now I will continue giving them every tool possible for their success. I will not stand in their intellectual path. One day they will know much more than I, and I will need them to guide me intellectually. And honestly, I can’t wait for that day.

April 30, 2016
Robert Ingersoll, a Hero of Free Thought
Next Post

May 5, 2016 An Atheist's Review of NatGeo's Story of God, Episode Three: Who Is God?
Recent Comments
0 | Leave a Comment
"I just stumbled across this article in the era of COVID-19. All I can say ..."
Waski the Squirrel In Trump’s America, how do we ..."
"I don't think empathy is being erroded. I think it's being corralled. White Supremacy is ..."
ThatGuy ‘Republican Atheists’ Waves its Intolerance Flag ..."
"Yes, this. 45 has given all the people who hate one or more segments of ..."
valleycat1 In Trump’s America, how do we ..."
"The very idea of your pretend god is self contradictory, like a 3 angled square. ..."
Questioner When Will Anti-Atheism Be Viewed as ..."
Browse Our Archives
Follow Us! 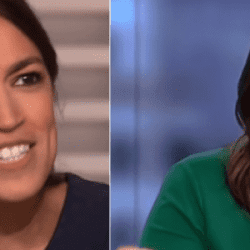