Last year, I posted a summary of the antics the Good News Club engaged in to prevent or discourage public attendance of their meetings in Churchville, NY.  Among the methods used by the GNC were:

After that story was published, I was contacted by local television and print news outlets, asking me to share our experience with the GNC.  One local station aired the piece and managed to get the NY State Director of Child Evangelism Fellowship (GNC’s parent company) on-air to comment.  He did not deny my allegations.  Instead, he just said we legally can’t kick them out.  How noble.

Since then, I’ve been openly critical of the Good News Club and their practices.  Among the most disgusting of their operating procedures is how they attempt to deceive parents with a rather innocuous-looking permission slip as an introduction to their emotionally abusive intimidation mill.

Let’s be clear.  I’m not opposed to the GNC because they’re religious.  I mean, I’m not a fan of religious indoctrinators in general, but the Good News Club is especially heinous.  Aside from teaching a literal/fundamentalist view of the Bible, their basic process is to attack a child’s self-worth by telling them they’re inherent sinners and upsetting to God. They even teach kids that their thoughts are sins.  They’re told they deserve death and an eternal separation from their loved ones in a dark place called hell.  And in order to get right with their deity, they need to pledge their lives to Jesus Christ, their personal savior.  That’s disgusting.  These kids are like 7.  Some even younger.  Can you just let them dream about being princes and princesses a little longer?

I digress.  Permission slips, right.  Here’s a good example of one.  A simple google search will bring up a ton of these, none of which I’ve seen mentioning fundamentalism, threats of hell, or coercion to recite the Prayer of Salvation in order to be “saved” from eternal hell.  However, that’s what happens at the Good News Club.

Recently, the Maine chapter of the Freedom From Religion Foundation decided to tackle the GNC’s lack of transparency by hosting a presentation and Q&A in Skowhegan, ME.  FFRF Maine‘s president, Tom Waddell, led the talk and explained his group’s opposition to the Good News Club, based on its permission slips lacking the information necessary for parents to make sound decisions for their children.  He claims, probably rightfully so, that the GNC purposely excludes their methodology in order to present their clubs in a positive light.

However, it’s safe to say the presentation, aimed at informing the public, was unsuccessful.  The “public” didn’t attend.  I spoke with Tom Waddell about it, and according to him, no concerned residents attended his presentation.  Instead, everyone in the crowd was a CEF sympathizer, including a handful of CEF representatives and local clergy.  As a result, the Q&A session jumped off the rails, as the attendees’s questions were largely off-topic and focused on presenting themselves as persecuted Christians rather than the lack of transparency in Good News Clubs.

Tom did his best to stay on point and focus on the transparency issue, but no one wanted to hear it.  They acted as if Tom’s presentation was about kicking the GNC out of school, when the only thing he was advocating for was for the GNC to go public with what actually happens at meetings.  I commend Tom on staying focused and calm while folks at the meeting came at him from all directions with raised voices and outward displays of anger.

Thankfully, this Q&A ambush didn’t dissuade Tom from pressing for GNC transparency.  He is continuing his effort by holding more talks this fall.  In September, he will be presenting in the political action tent at the Common Ground Fair in Maine, and he will give a follow-up presentation in October in Skowhega.  I can only hope that the follow-up is not met with the same vitriol as the original, and that concerned parents and citizens from the area will also attend in support of this request for transparency from a group who obviously has a lot to hide. 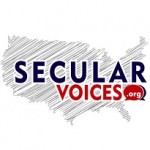 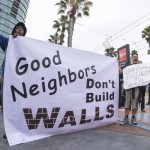 August 2, 2016 No, the DNC Did Not 'Take Religion Back' for America
Recent Comments
5 Comments | Leave a Comment
"Great Reading this Article!Matrix MLM Software providers"
infinitemlm Rick Santorum Shows Us Again How ..."
"If you truly want a child to be an independent thinker like it or not ..."
Brianna LaPoint Anxiety Alert: My Secular Son is ..."
"This is still here? I guess the internet is forever."
Teto85 Pastor Greg Locke is Pissed: People ..."
"The Catholics grind baby bones to make flour for the communion wafers. /s"
E.A. Blair Pastor Greg Locke is Pissed: People ..."
Browse Our Archives
get the latest from
Nonreligious
Sign up for our newsletter
POPULAR AT PATHEOS Nonreligious
1