No, the DNC Did Not ‘Take Religion Back’ for America

As I scanned through my news feed this morning, I came across a Huffington Post blog article by Elizabeth Drescher, titled “DNC Convention Takes Religion Back For America.”  Admittedly, I was caught off-guard, since I’m pretty sure I watched most of the convention and didn’t feel like it was dominated by religious references.  Sure, there were some, as there always is when politicians are courting religious groups.  We heard personal stories about going to church by Chelsea and Hillary Clinton, as well as references to prayer or God peppered in by several speakers, but surely nothing like you’d hear from Republicans who wave the Bible in our faces every chance they get.

So I began reading the HuffPo blog piece, and there it was.  “Love.”  Yes, there were plenty of references to love in the DNC festivities.  As Drescher mentions, there were “regular outbursts of ‘Love Trumps Hate!’ chants, as well as broader expressions of love of country, love of neighbors, and love of others in the world.”

Drescher goes on to somehow equate the expression of love with progressive Christianity.  What?  Christians have a monopoly on love?  So advocating love is somehow a religious expression?  Sorry, Elizabeth, but love not only predates religion, it is evident in other species and is not inherently religious, much less Christian.  You can’t just claim fundamental human emotions as part of your religion and take them over.  That’s not how it works.

A much stronger argument would be that so many mentions of love served as more of an anti-Trump rhetoric as anything else.  I can only assume that was the strategy, and an effective one at that, as we learned about Clinton’s 9-point lead in the polls post-convention.  But it sure as hell wasn’t an appeal to religion.

If Democrats were attempting to secure the label as the new religious party, then I would bet someone would have corrected Hillary Clinton’s speech before it made it to prime time, when she referred to the National Motto as e pluribus unum, rather than In God We Trust. 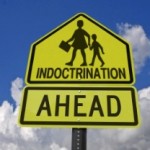 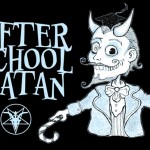 August 2, 2016 A Satanic Temple Club for Kids is Not a Good Idea -- Here's Why
Recent Comments
1 Comment | Leave a Comment
"I don't think empathy is being erroded. I think it's being corralled. White Supremacy is ..."
ThatGuy ‘Republican Atheists’ Waves its Intolerance Flag ..."
"Yes, this. 45 has given all the people who hate one or more segments of ..."
valleycat1 In Trump’s America, how do we ..."
"The very idea of your pretend god is self contradictory, like a 3 angled square. ..."
Questioner When Will Anti-Atheism Be Viewed as ..."
"So per the bible, EVEN a FOOL knows there is no God. You are WORSE ..."
Questioner When Will Anti-Atheism Be Viewed as ..."
Browse Our Archives
Follow Us!