I Wonder What Creationists Think of This Dick’s Olympic Ad

For the past week or so, I’ve had the live coverage of the Olympic Games running in the background in my office while I work.  As anyone who has been watching the games has noticed, there are a lot of commercial breaks.  A lot.  One of the ads that got my attention was this 60-second spot for Dicks Sporting Goods.

The ad makes an attempt at inspiring athletes to excel based on the fact that all humans have a minuscule amount of gold in our bodies.  This is actually true.  But what caught my attention in particular was that the ad seems to hint to a scientific view of the universe and the origin of all species by starting out, “The same elements that have been present since the beginning of time exist today, in every living thing.”  While this line is spoken, the ad shows explosions and volcanic eruptions, almost as a reference to a big bang and a time before life existed on earth.  When hearing it, I couldn’t help but be reminded of quotes from the likes of like Carl Sagan and Neil deGrasse Tyson referring to us as being made of stardust.

Now I may be reading into this too much, but it seems to me that creationists wouldn’t be too happy with this ad, as it suggests there was a time (longer than a day or two) that the universe existed before we came along.  Obviously, to the majority of us, this isn’t a controversial viewpoint at all.  But to creationists, who try ad nauseam to make the rest of us believe that the earth is 6,000 years old, was created in a matter of days, and that humans roamed with dinosaurs, I would assume this ad is not something they were super excited about.

As my wife tells me occasionally though, maybe I’m just oversensitive to such matters and no one thinks this is a big deal.  All I know is that the first time I saw it, I loved it… because science. 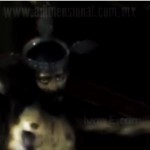 August 12, 2016
Mexican Jesus Statue Miraculously Opens Its Eyes... And the Gullible Eat It Up
Next Post 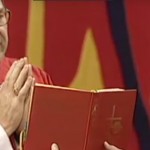