When Religion is Toxic

Many religions have elements that are toxic. By their very definition, religions are divisive and exclusive. Most religions claim they and they alone have the answers. Most religions put science aside and make faith, not logic, the primary requirement to be a member. I believe religion is toxic when there is manipulation of followers by those in power, often involving money, sex, fear, abuse, children, dictation and even violence. Religion has held itself above the law many times in history, and still has a hand in forming laws either directly or indirectly.

A great number of people are impressed by the current Pope Francis and he does seem progressive compared to some of the previous pontiffs. However, recently when the Pope said gay people should not be discriminated against, he was applauded, but is that really progressive when it is about 50 years behind actual discrimination laws?

Thankfully, progressive and secular voices had been heard before the church said it was OK to push for the rights of all humans.

The Catholic Church still stands against contraception and abortion in spite of overpopulation, rape, poverty and AIDS, which is not only toxic, but quite cruel.

Many atheists and critics of religion are careful to differentiate between the religion and the religious. I think it is important too; people are more than just their denomination and we have become all too aware that there are different levels of belief within religion. After all, when a country has questionable human rights policies, we do not think ‘all people of that nationality’ are to blame.

Even Richard Dawkins calls himself a cultural Anglican, despite being a staunch atheist. Spiritual believer Deepak Chopra once distanced himself from conservatives such as Bill O’Reilly after joking with him, in an apology to Dawkins.

There is a scale of nonbelief to belief. Within belief, there are those who merely believe in a mild form of that religion, such as ex-Anglican Bishop John Shelby Spong. Then there are those who believe religious law to the letter, such as fundamentalist Christians, as well as Orthodox Jews and Muslims. It seems many ‘moderate’ believers are actually closer to atheists in terms of humanism and morality than they are to their own fundamentalists. Spong, a believer and a humanist (who also denies the miracles in the Bible) once said he has never had a death threat from an atheist and yet couldn’t say the same for believers.

Ayaan Hirsi Ali recently said that when she finally took her hijab off, she was amazed that nobody raped her. That is how deeply instilled religious beliefs and customs are held. She also makes the point that she acknowledges the diversity of Muslims and embraces Muslim people and yet rejects Islamic Doctrine.

The debate then follows is what the doctrine is actually saying. This happens in Christianity and many other religions, no doubt.

There is then an argument between believers over interpretation.

You would think if a god really wrote or had a hand in writing any of these holy scriptures, then there would not be any confusion in its meaning.

It is said people are becoming less religious and many people are now just nominally religious. This is all fine and good, but it is still toxic if there is still abuse of power going on. Religions get tax breaks — that affects us all! Many churches are very wealthy and why? They have taken and continue to take from their followers. Why do these people so willingly give? The church has the cure that these poor people need for salvation, for hope, for the afterlife. All of these beliefs are based upon fear and faith.

This is the power religion still has and it is toxic.

While there is abuse happening within the church, tax dollars filling religious pockets, children being threatened with the idea of hell, arbitrary laws about sex and discrimination happening by religious authority, then it is still fair to say religion is toxic. 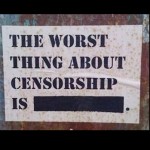 August 22, 2016
Yes, There Are Still Christians Who Believe Rock Music Is The Devil
Next Post 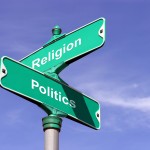