In a recent trip to New Hampshire in support of a fellow Republican candidate there, Governor John Kasich (OH) made a strange comment about atheism in a bookstore, referring to actor Daniel Radcliffe.

You know that Daniel Radcliffe has declared himself an atheist?” Kasich said to no one in particular. “I’m serious. What a weird thing. Why would a guy who has had all that success just, I mean, what the hell is wrong with him?

In response, the Tri-State Freethinkers, the same group who organized and carried out the successful protest of the Ark Encounter earlier this year, have issued an open letter to John Kasich this morning.  In it, TSF invites Kasich to a meeting or service project so he can become more familiar with his nonreligious constituents and see exactly “what the hell is wrong with” them. — Nothing.

On a personal note, in my experience as a secular activist who has been in contact with numerous local atheist organizations around the country, the Tri-State Freethinkers are one of the best.  Not only do they get together socially like most other local groups, but they display a commitment to their community with frequent service projects and very effective secular activism.  When invited to speak at the Ark Encounter Protest/Rally, I was blown away by how focused, determined, and well-run this organization is.

It’s quite doubtful that John Kasich will take TSF up on their offer, but I wish he would.  It would be great to see a staunchly religious Republican have a change of heart after actually spending time with people who do more good for their community and country than most who share his faith. 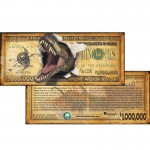 September 8, 2016
Happy Halloween! Answers in Genesis Wants to Scare Your Kids
Next Post 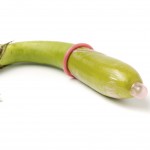