Father Gabriele Amorth, a Catholic priest who claimed he sent 160,000 demons back to the hell they came from, died in Rome at the age of 91.

Amorth, an advocate of allowing all priests to perform exorcisms without Vatican approval, seemed to be obsessed with the presence of the devil and his demons.  He claimed that Hitler and Stalin were possessed by Satan himself, and that yoga and Harry Potter books were conduits of evil.  Now that Amorth is gone, I can only imagine the earth will soon be overrun by demons, much like when the containment unit got shut down at Ghostbusters headquarters.

But aside from all the nonsense that exorcisms represent, perhaps the most callous of claims made by Amorth was that the rampant sex abuse scandals that plague the Catholic Church were a result, not of culpable individuals within the Church, but of a demonic presence.  He claimed, “The Devil resides in the Vatican and you can see the consequence,” referring to a war between the Antichrist and the Vatican, which apparently materialized through sex acts performed on children. What a strange method of attack… to cause otherwise holy men to commit horrible acts against the most vulnerable, all to make priests look bad.  Yeah, that makes sense.

But you know, the Antichrist works in mysterious ways.

Rest in peace, Gabriele, and I hope you take your prehistoric ideology with you. 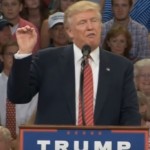 Satanist's Open Letter Reply to Trump's...
For Infernal Use Only
Related posts from Secular Voices