Help Support an Anti-Creationism Film and Get Rewarded by SecularVoices 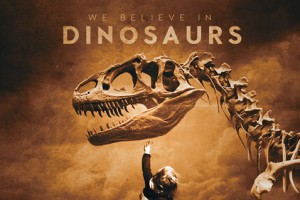 If you haven’t heard, a documentary is in the works that’s focused on the building of Ken Ham’s Ark Encounter, the protests against it (in which I participated), and the effort that creationists are making to undermine science education in the US.  We Believe in Dinosaurs is being created by 137 Films and is backed by Morgan Spurlock, known for Supersize Me and many other films and TV shows.  The film is being funded with an Indiegogo campaign, and it ends tomorrow (Tuesday 1/17).

Having attended and presented at the Ark Encounter protest and rally hosted by Tri-State Freethinkers last summer, and of course being the leader of Young Skeptics, this film is of particular interest to me, and I’m guessing that’s true for most of my readers here as well.  So that’s why, aside from donating to the film’s production myself, I’d like to incentivize my readers to do the same by awarding those who support it.

The project on Indiegogo has reached its goal, but they’re now working on stretch goals that will fund sound design, music, and better editing. And if you haven’t seen the campaign page yet, the perks you can earn by backing the film are crazy.  From DVDs and t-shirts and posters signed by the film’s creators, to actual fossils, invitations to the film’s Chicago screening, Executive Producer credits, and coffee with Morgan Spurlock — the range of items you can snag here will excite any science nerd (like me).

But as this project is near and dear to me, I want to do everything I can to support it, and that means sweetening the deal for any of my readers who support the project as well.  If you follow the link below (this is crucial) and pledge your support for the film, I will throw in some perks of my own.  Whoever pledges the highest amount will receive a signed copy of Understanding an Atheist, 3 additional copies to give away, two secular-themed t-shirts, and a signed protest poster that was actually used at the Ark Encounter protest featured in the film.  All other supporters (over $25) will receive a signed copy of my book.  The top 5 supporters will receive a secular-themed t-shirt as well!

Here’s what you need to do:

Follow this link to support the project.  If you don’t use this link, then I will not be able to verify your donation, and you will not be eligible for the bonus items from SecularVoices.

Once you pledge your support, email SecularVoices at contact@secularvoices.org and tell us your shipping address, t-shirt size, and how much you contributed.  We’ll match it up to our records and send out your swag!

Thanks for supporting such an awesome project that’s dedicated to furthering science education and raising awareness to the growing problem of anti-science propaganda!

Note: The author of this article is not affiliated with the production of this film or it’s creators. Prizes awarded by SecularVoices are independent of any efforts of the creators of We Believe in Dinosaurs. 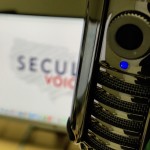