In March, I published a piece about Marrs Elementary School in Indiana, exposing the school’s principal for deleting negative comments on the school’s Facebook page and blocking commenters.  This started when I responded to the school’s post promoting the Good News Club and publishing the group’s permission slip.

My comment was quickly deleted and I was blocked from commenting further. So I posted the screenshot to the SecularVoices Facebook page, as well as my personal page, encouraging others to comment and turn up the pressure. Some did and were immediately deleted and blocked.  My next step was to alert church/state watchdog groups including Americans United for Separation of Church and State.  AU responded and agreed to look into it.

The Good News Club post remained, however, and comments kept coming in from SecularVoices readers who wanted to speak up for church/state separation.  Two days later, with the principal seemingly tired of having to monitor and delete comments from the Facebook page, the post was removed.

Today, I received a copy of the letter being mailed from Americans United to the school’s principal and superintendent. While AU didn’t focus on the issue of promoting the Good News Club via Facebook, they did notice the permission slip directed kids to turn in their filled out forms to the school secretary. This, in their legal opinion, was a violation, as it made the secretary an agent for the Good News Club.  Here’s what they said:

…school officials cannot assist the club by collecting permission slips. It is well established that the government cannot “utilize its public school system to aid any or all religious faiths or sects in the dissemination of their doctrines and ideals.” McCollum v. Bd. of Educ., 333 U.S. 203, 211 (1948).

While it may seem that this is a petty or minor infraction, the message is clear: we’re watching. And we won’t tolerate violations of law when it comes to attempts to weaken the Wall of Separation.

I encourage all of our readers to be vigilant of violations like this and report them when you see them. I’m especially interested in violations by religious groups in school settings, as these, in my opinion, are the most heinous and deplorable of violations, and many times, the most underhanded.  Report them to the watchdog group of your choice, or to all of them, or to me, like a parent did last week (resulting in a quick, successful outcome). 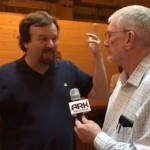 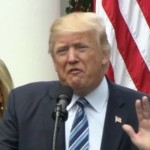 May 4, 2017 Trump's Executive Order on Religious Liberty Was Thankfully Scaled Down
Recent Comments
5 Comments | Leave a Comment
Browse Our Archives
get the latest from
Nonreligious
Sign up for our newsletter
POPULAR AT PATHEOS Nonreligious
1